New York Has More Than Enough Taxis – Next City 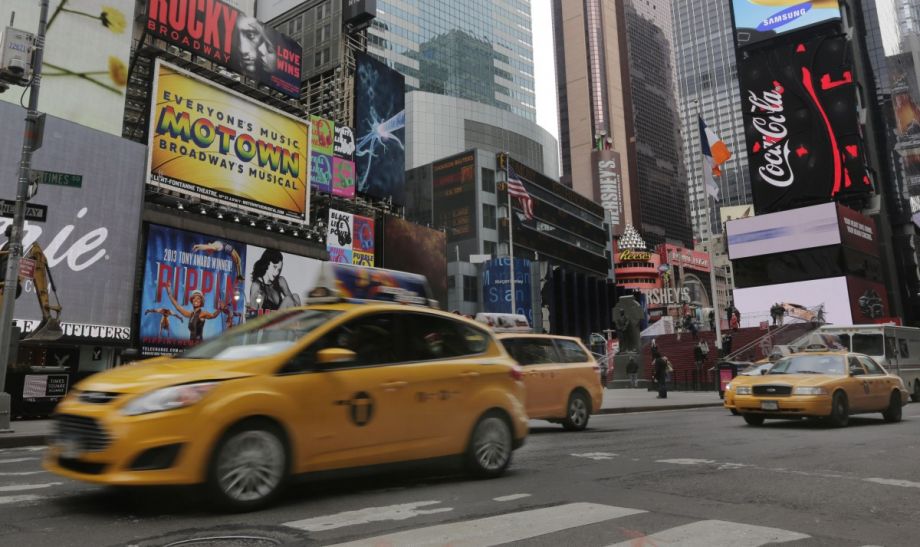 As anyone who has stood on a street corner desperately waving an arm at passing taxis can tell you, the current system for hiring a cab is less than perfectly efficient. Uber, Lyft and a slew of other companies are trying to address some of the systems’ problems by creating a new one. But two new studies that consider the actual data of New York’s taxicab system show that this city, at least, does not need more drivers trolling the streets for fares — even if they’re being hailed by app instead of by a wave. On the contrary, there are already more taxis than the city needs.

“In theory,” says Satish Ukkusuri, a professor at Purdue University’s Lyles School of Civil Engineering, “it’s possible to have many fewer taxis driving people around.”

Ukkusuri, who specializes in interdisciplinary transportation modeling, and two Purdue grad students, Xianyuan Zhan and Xinwu Qian, determined this by analyzing data collected by NYC’s Taxi and Limousine Commission that included the timestamp, start and end point, duration, distance, and fare for hundreds of thousands of trips each day. With this data, the team set about understanding exactly how inefficient the existing taxi system really is.

They began with, among other assumptions, an idealized situation in which a “hypothetic system-wide recommendation mechanism” existed, so that passengers and drivers had better information about each other. With that assumption in place, the team defined and solved two problems. First, they figured out how to get taxis to passengers most efficiently. Then, they looked at how to link trips to each other so that each taxi could move efficiently from dropping off one passenger to picking up the next. Using the data for 20-minute periods at peak times of day, for a typical weekday and a typical weekend day, they considered how efficiently a taxi fleet could have, theoretically, covered all the trips observed in those intervals.

The gap between this idealized system and what had happened in the real world was huge. The results, presented in late August at the 3rd International Workshop on Urban Computing, at KDD2014, showed that, when taxis and passengers were optimally matched, across the system, the taxis’ idle time — the time spent without a fare — could be reduced in the range of 85 to 94 percent. When the researchers considered not just idle time but also revenue, they found that taxis could still have spent in the range of 60 to 70 percent less time roaming around empty.

What’s more, when they looked at “trip integration” — stringing trips together to minimize the number of taxis required to get passengers where they were going — they found that, in most cases, only two-thirds of the cabs that showed up in the data set would have been needed to satisfy all the trips taken. When they took into account what would be best for drivers — minimizing the cost of reaching the next fare — they still found that about a quarter fewer taxis would be needed.

In other words, if taxi drivers and passengers had more information about each other, there could be thousands fewer taxi cabs on the road than there are right now.

On the street, there’s no universal recommendation mechanism — at least, not yet. But what this line of research makes clear is that there’s plenty of space between theoretically perfect and the current state of affairs to work on.

“The existing system can be improved, by providing better information to taxi drivers,” says Ukkusuri. Both passengers and drivers (although perhaps fewer of them) could benefit: Drivers could make more money, and passengers could get rides faster. New services might be doing a good job getting information to passengers, but instead of adding new vehicles to the system, Ukkusuri asks, “Why don’t we use the existing system more efficiently?”

There are plenty of ways to think about doing that. One, as this study indicates, would be to improve the information that drivers have about where they should pick up passengers; Ukkusuri suggests, for example, using taxi cab trip data to identify patterns of demand, better predict the best location for a taxi to find its next fare and share that information with drivers. Allowing would-be taxi customers to feed their location into the system would help, too.

There’s also the possibility of changing the existing taxi system more dramatically by, for example, allowing ride-shares. A separate team of researchers connected to MIT’s Senseable Cities Laboratory and Cornell University, looked at a different slice of the Taxi and Limousine Commission’s data and considered what percentage of rides could be shared rides. Their findings, published in the Proceedings of the National Academy of Sciences, showed that in theory almost all rides could be shared rides — 94.5 percent of trips could become shared rides, with only a minute added to trip.

Even in a more practical scenario — which considered that customers hailing a cab via an app would have to be quickly offered the ride-share option — the researchers found that it’d be possible to take advantage of “virtually all shared trips opportunities” — if riders could tolerate a slightly longer delay, of five minutes. Ride-sharing, at this efficiency, would translate to a 40 percent reduction in the number of taxi cabs needed to get New Yorkers where they want to go.

Reducing the number of taxi cabs in the city would mean eliminating jobs — if demand stayed at current levels. (It’s possible, though, that as cities price up parking and improve public transportation, some of the rides currently taken in private cars will shift to the taxi system.) And increases in efficiency could be a boon for drivers — they could make more money working the same amount of hours, or they could work fewer hours, potentially.

There are clear benefits, too, to reducing the number of cars roaming city streets — less pollution, less congestion. The companies trying to rethink taxi service aren’t wrong that it can be improved. But the data shows that the cab drivers already out there could be covering the city’s needs — it’s just that the system of communication between cabs and passengers needs to be more sophisticated than a lit-up sign on top of a cab and an arm raised toward the street.