NYPD Will Add 1,300 New Officers in the Name of “Neighborhood Policing” – Next City

NYPD Will Add 1,300 New Officers in the Name of “Neighborhood Policing” 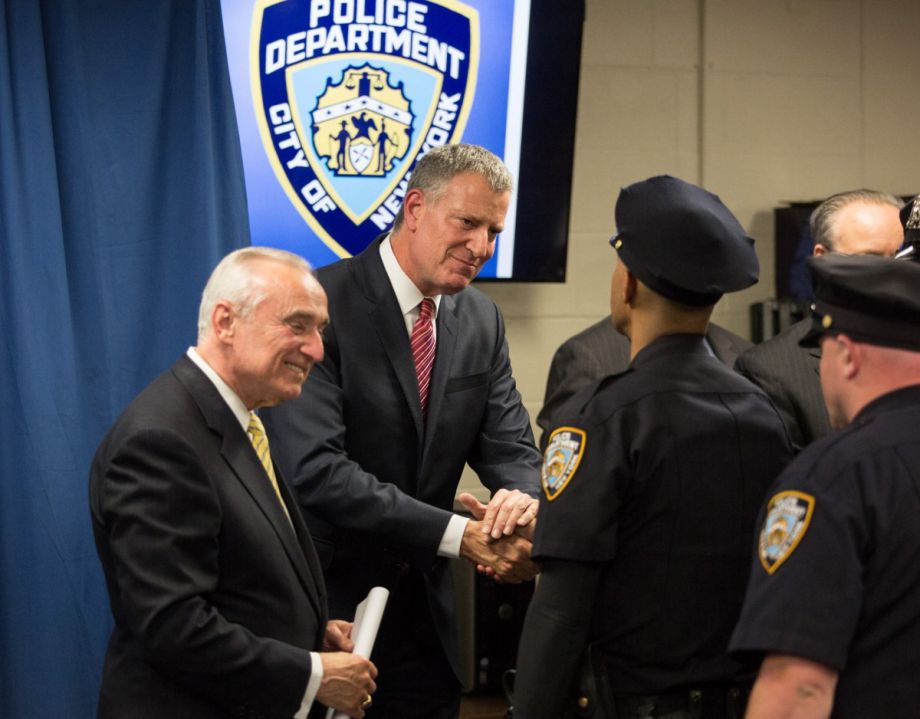 Earlier this week, Mayor Bill de Blasio announced a $78 billion budget plan that would include adding 1,300 new officers to the police department. And on Tuesday, Commissioner William J. Bratton and other leaders in the force addressed clergy members at police headquarters, outlining their plans to allow more officers to address neighborhood concerns without the distraction of 911 calls. NYPD patrol officers will be assigned to fixed areas of their precincts.

“It is not a program,” Bratton told the New York Times. “It will be how the NYPD intends to, over the coming years, police the city.”

In the past, there would be 27 officers on a typical eight-hour tour, with a majority assigned to specialized units.

Under the new plan, there are 35 officers on the same tour and nearly two-thirds work on “calls for service.” The greater number of officers available for emergencies creates more time for “nonenforcement” and “proactive community interaction,” according to a slide presented by Chief Gomez.

Bratton said similar approaches have been successful in Boston, where he used to work, and other cities. Four pilot precincts in Manhattan and Queens implemented neighborhood policing last month. The Times reports that:

Response times have improved in the pilot precincts, according to one official with direct knowledge of the program who was not authorized to speak publicly about the early results. In assessing the new approach in the test precincts, officials are closely watching those times as well as 311 complaints and overall crime.

“We have a unit for everything,” Bratton told reporters after Tuesday’s meeting. “We want to go back to where an officer can have more satisfaction about dealing with the totality of the issues in a neighborhood.”

Advocates at Million Hoodies Movement for Justice (Executive Director Dante Barry has written op-eds for Next City) don’t believe that more police will bring about a fairer system. Regarding a #NoNewNYPD social media campaign, the organization notes in a statement on its site:

The recent outcry of communities across the country and in this city make it clear that we need safety beyond policing. We don’t need more cops. We need strong communities. We need resources that help our communities thrive, lift our society safety net and lower the conditions of impoverishment as a key driver of crime.