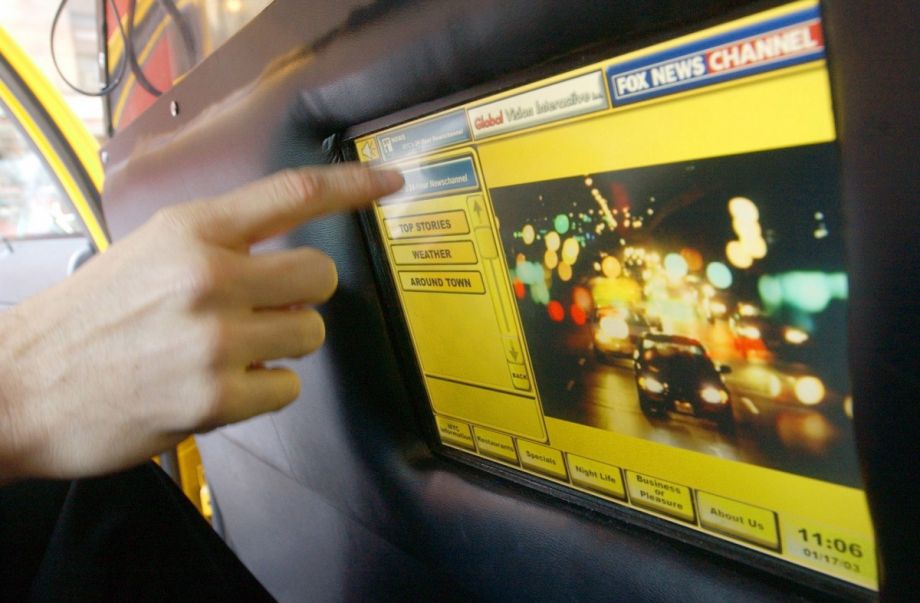 New York City is looking to phase those annoying Taxi TVs out of service, and it’s a long time coming. As the New York Times reports, the screens, which also double as the cab’s credit card reader, have been unpopular since their wide implementation in 2007. According to a 2011 survey, most riders had negative feelings about the screens, and 31 percent said they were the absolute worst part of their ride—worse than the high fair and inevitable New York traffic. According to the Times:

The city’s Taxi and Limousine Commission plans to vote Thursday on a pilot program that would remove the Taxi TV from some cabs and replace it with more modern — and less intrusive — technology. One possibility may be that taxi drivers hand passengers a smartphone or a tablet with a credit card reader to collect the fare.

The program would for now be limited to 4,000 vehicles out of about 13,500 yellow taxis, but officials say the goal is to eventually retire the Taxi TV altogether. The commission said the repetitive programming and balky mute and power buttons have led to lots of complaints from passengers and drivers alike, and may account for people abandoning yellow cabs for Uber and other services.

In New York City, Uber and Lyft are consistently less expensive than a yellow cab, so it seems unlikely that the screens are what is driving riders away. However the Taxi and Limousine Commission has reason to do whatever they can to hold onto customers.

“It is definitely something that over time could probably, and does, get irritating for our frequent taxi riders, and most certainly for our drivers,” Taxi Commissioner Meera Joshi, told the Times. “I think it feels somewhat dated today when you’re in the taxi.”

Even if the pilot program is approved, it will take a while to be fully implemented. For now, annoyed riders are best off just turning the sound off.