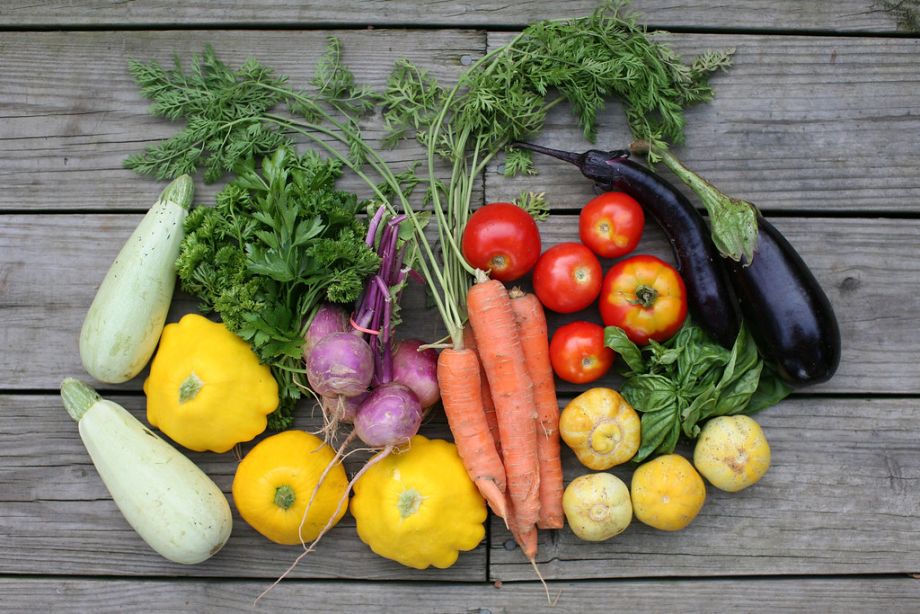 One quarter of Baltimore’s residents live in a food desert. Two years ago, two of the city’s major healthcare systems, Kaiser Permanente and the Community Works division of the Bon Secours Health System, came together to help address the shortage of healthy food that food desert residents experience. The ultimate result was a $1.7 million grant from the former to the latter and an official partnership, part of which includes a community supported agriculture (CSA) program in West Baltimore.

This May, the duo launched its formal CSA program. The first phase of the program serves 75 families living in the 21223 zip code at no cost to them. The majority of the families enrolled in the program came through Community Works’ long-standing relationships with six West Baltimore schools — ranging from elementary schools to high schools — as well as the Anchor Group, a coalition of three neighborhood associations and three churches in the same area of the city. “The Anchor Group is our third partner,” explains Community Works’ director of operations, Yolanda Jiggetts. “We hold the community at the heart of everything.” The CSA is rounded out by working with the Maryland Food Bank in order to continue bringing food to the families even when the garden’s peak summer production wanes.

Kaiser and Community Works had the idea to partner in addressing food deserts when both institutions were carrying out their community health assessments — a common practice that public health-minded institutions carry out — at the same time. Both organizations realized that they had identified as a priority addressing what Destiny Simone-Ramjohn, Kaiser Permanente’s Director of Community Health in Greater Baltimore, calls “upstream determinants” of food security issues across the city.

“Your zip code is a better predictor of your health that your genetic code,” Simone-Ramjohn says. “One of the ways that [Kaiser Permanente] leads community health efforts is through tightly aligned partnerships,” she says — thus, the grant to Bon Secours’ Community Works. The grant gave Community Works the chance to “jump start” its existing produce-growing operation.

“We are in a food desert,” says Maha Sampath, the Community Works’ interim executive director. Her organization has been a West Baltimore institution for years, having gained trust from the community they have served over the years, she says. “Even before Kaiser came to us, about four years ago we already had a hoop house where we were growing produce.”

On Community Works’ quarter-acre farm that grows produce like squash, cucumbers and peppers, the group was able to add another hoop house.

Next steps include a mobile market, so that more food desert residents not served by the CSA can be reached. But Kaiser and the Bon Secours Community Works team know that simply getting healthy food to those living in a food desert is not enough.

“We want for the people who receive the CSA to have access to fresh produce but also … this is an introduction of new products into their diet,” says Cona Craviotto, Community Works’ director of the urban agriculture program. This is why the CSA includes an education component as well. “The first part is highlighting the benefits of a variety of products, mostly leafy greens and the benefits of consuming this kind of produce and a delicious way to do it.”

During a test run of the future mobile market, “we had fresh herbs… people looked at some of the herbs and had no idea what to do with them; they had never been exposed to them before,” Jiggetts says of the moment she realized they were taking the right approach with the education component.

Community Works uses the food drop-off as an opportunity to get real time feedback about the program and understand what kitchen tools most people have and what they’ll need in the future to best use the food and education they’re getting. More traditionally, the team also gives out nutritional handouts when the food is dropped off each week.

The initiative plans to add live cooking demonstrations and information on how consumers can not only prepare but preserve the food they get. In addition to ramping up the CSA and mobile market programs, the grant has given Community Works the chance to develop a community resource center by renovating an abandoned West Baltimore library.

“Closing gaps in food access isn’t just about food distribution,” Simone-Ramjohn says. “The CSA is just one of the ways in which we are addressing the deepest health, social, and economic needs in West Baltimore.”