Rapid Transit Is Key to Building Equitable Cities – Next City 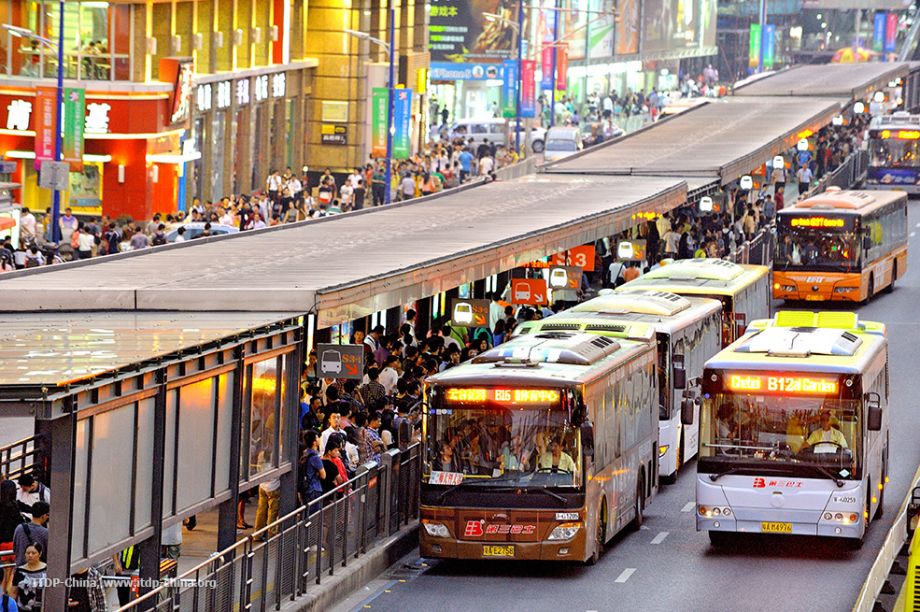 Next week, the thousands of people convening in Quito, Ecuador, for the once-in-20-years Habitat III conference on housing and sustainable urban development will be talking about equity, and ITDP will be there to ensure that transport is front and center. The need could not be more urgent. Today, there are over a billion cars on our planet’s roads. By 2050, there could be 3 billion. Providing high-quality, rapid, efficient transport options is critical to achieving the goals of the New Urban Agenda, improving social equity and mitigating climate change.

Equitable Cities is a trending topic in urban development. Those of us at ITDP, of course, have been focusing on equitable cities since our founding in 1985, and we along with many like-minded partner organizations, are working to use this opportunity to draw attention to the most glaringly unequal, fundamental urban characteristic: access, or lack of, to safe, reliable and, most of all, rapid transit.

Tuesday ITDP released a new report, “People Near Transit: Improving Accessibility and Rapid Transit Coverage in Large Cities,” which introduces a new metric for measuring transit accessibility — what percentage of a city’s population lives within one kilometer of high-quality rapid transit? By this measure, we found that major metropolitan areas are only serving half — at best — of their populations.

It should not be necessary to point out that urban services like rapid transit should serve all residents, not just the wealthy, yet, the lack of adequate rapid transit in the world’s most rapidly growing cities is, unfortunately, doing just that. As a recent New York City transplant, I already take our relatively easy and fast subway system for granted. I can get from Midtown Manhattan to Prospect Park in Brooklyn in a half hour. And yet, mass transit in the suburbs and satellite cities in the greater NYC metro region is an entirely different — and slower — affair, often requiring a car or taxi to complete the first and last leg.

This would not be such a problem if most of the population lived inside the city limits. But of the 19.9 million people who live in the region, less than half live in NYC proper. More than three quarters of the 8.4 million who reside in NYC live within one kilometer of the subway, yet only a half million more people are connected to rapid transit on the other side of the city lines.

After decades of advocacy, civil society has made huge successes in mainstreaming sustainable transport at the international policy, and critically, at the multilateral development bank level. These institutions have got the message that simply building roads is not enough. We cannot lower carbon dioxide emissions around the world unless governments build fast, reliable transit that their citizens are willing, if not eager, to use.

These agreements are a huge step in the right direction. But we need to ensure that the rapid transit built is actually rapid, meaning that the buses and trains have the right of way or their own way; cars never get in the way, there is adequate frequency to be reliable, and, crucially, that it reaches those who need it most, people living in the greater city area outside the urban core where both populations and car ownership are rising.

It is also becoming clear that more and more, poverty is pushed out of the urban core and into the suburban neighborhoods. A recent report from the Brookings Institution found that the poor populations in U.S. suburbs grew faster than anywhere else, increasing 64 percent over the past 10 years. Similar trends have already emerged in most countries around the world. Without a corresponding increase in rapid transit access, the poverty in these areas becomes entrenched, as the lack of transportation limits access to jobs and education in other parts of the cities.

In the U.S., cities that grew up around the automobile are still expanding through highways and six-lane avenues. In Los Angeles, with its storied reputation for car traffic, only 10.7 percent of people in the metro region live within one kilometer of rapid transit. But the supposedly progressive San Francisco metro region barely scores better, at 15.8 percent.

It will also be no surprise to hear that European cities fare better, but even in Europe, there is room for improvement. In the Metro regions of Madrid and Barcelona, more than three-quarters of people live within one kilometer of rapid transit. In the London metro region, the People Near Transit (PNT) score is 61.2 percent, and in Paris, the regional score is 49.6 percent — the city of Paris, however, scores a perfect 100 percent. Everyone living within the Paris city limits resides near rapid transit, a remarkable accomplishment, but Paris, like other cities, is not adequately providing for the lower-income population that lives outside the city limits.

Too many cities in the developing world are growing according to the U.S. car-based model, even though car ownership in cities ranges from 10 percent to 30 percent at most. More than 28 million people live in the metro region of Jakarta, for example, making it one of the largest urban areas in the world. But people who live in the region and yet not within the city limits are not served by any rapid transit line. Jakarta’s PNT score drops from 44.2 percent within the city to 15.7 percent within the region.

In a report released two years ago that ITDP produced in collaboration with the University of California, Davis, researchers estimated that if the entire world expands public transportation, walking and cycling in cities, more than $100 trillion in cumulative public and private spending, and 1,700 megatons of annual carbon dioxide (CO2) — a 40 percent reduction of urban passenger transport emissions — could be eliminated by 2050. For this to work, governments must dramatically rethink how their cities are designed. They must build compact, connected cities with massively expanded rapid transit, so that car use can be limited without punishing the poor, who disproportionately live in areas not served by rapid transit. Slow moving buses in mixed traffic, low frequency rail, or car-oriented stations too far froma major investment in high-quality, safe, rapid transit most to arrive by foot just doesn’t cut it.

We have set ambitious goals in alleviating poverty and limiting climate change. Strategies to achieve these goals will take center stage at international conference like Habitat III and the Climate Change negotiations in Marrakesh this November. All of these goals, however, fall by the wayside if we’re still driving cars into the future. Only a major investment in high-quality, safe, rapid transit can get us where we need to be.

Clayton Lane is CEO for the Institute for Transportation and Development Policy. Formerly, Lane was Deputy Director of the WRI Ross Center for Sustainable Cities, and co-founder of PhillyCarShare. He holds a bachelor in civil engineering systems, and masters in both transportation and city planning from MIT.