Where the New Urban Agenda Still Needs Work – Next City 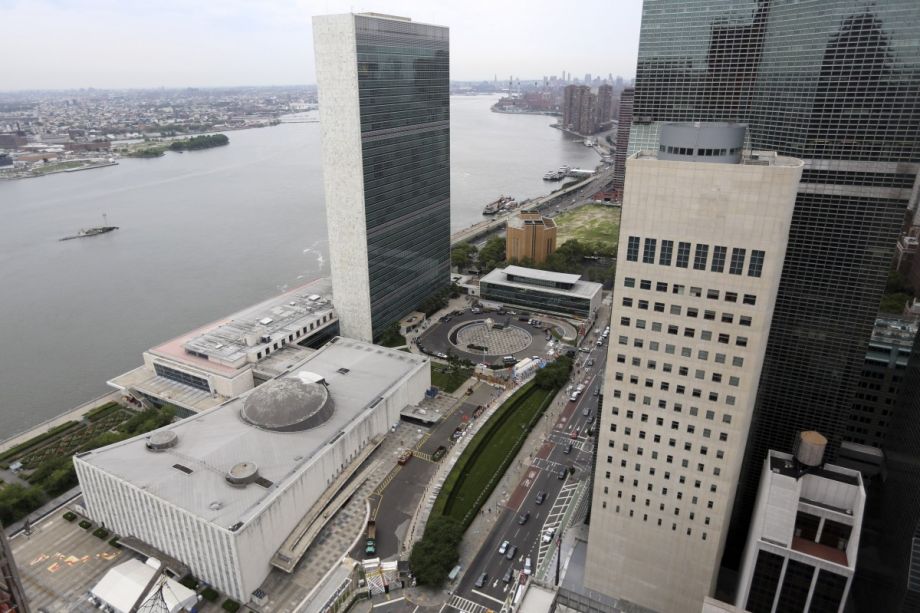 After a week of meetings at the UN in New York, government representatives and policy experts are still aiming for a document that will guide global urbanization equitably and sustainably. (AP Photo/Mary Altaffer)

Cities were top of the agenda at the United Nations headquarters in New York last week, as government representatives and policy experts met to discuss key elements of a new approach to urban areas and urbanization. The so-called New Urban Agenda will be finalized at the Habitat III conference in Quito later this year — and the gathering was an opportunity for contributors to highlight their key messages and draw attention to what they see as critical priorities for towns and cities in the coming years and decades.

Development of the New Urban Agenda is being driven by UN member states, which will ultimately decide the priorities in the document to be endorsed in at Habitat III. But many of the actions that will be required to turn these commitments into realities will have to be taken by local and municipal governments. Although officially labeled as “informal consultative meetings.” the process of consultation last week followed a fairly rigid framework: Policy units made formal presentations, followed by an “exchange of views” that consisted substantially of prepared statements from member states and other recognized interest groups.

Input came from a broad base of participants: There was meaningful geographical representation, and there was significant reflection on poverty, gender, youth and other issues that shape the ways in which individuals are affected by urban policies and processes. Separate meetings are also being planned to strengthen the engagement with local authorities and other stakeholders.

Throughout the meetings, there was clear underlying intention to ensure cities are at the center of addressing economic, environmental and well-being goals in decades to come. There was repeated reference to other significant global calls to action, including the Sustainable Development Goals, the Sendai Framework for Disaster Risk Reduction, the Paris climate change agreement, and the World Humanitarian Summit — and the critical role cities have in helping to achieve the objectives these have set.

Equity considerations were at the fore as well — not only when social inclusion was the topic, but also in discussions on housing, the environment, national urban strategies and financing. The wide range of participants, including representatives from global civil society and local authority networks, demonstrated an impressive commitment to incorporating the knowledge and insights of a wide range of stakeholders.

There was disagreement around the term “the right to the city.” Although there was broad commitment to making sure that the New Urban Agenda is “inclusive,” and even to taking a “rights-based approach” to urban development, several governments were insistent that the Habitat III process was not one that should generate formal new rights. The “right to the city” as a concept was seen as ambiguous, and lacking in specific actions to be taken. Conversely, “resilience” received strong support from governments, particularly member states that experience shocks and stresses associated with disasters and climate change. National urban policies were also seen as having a vital role to play in setting minimum standards, and managing the relationship between rural and urban areas effectively — while local authorities will need to have both their mandates and capacities strengthened to be able to deliver on these. On urban economic development, it was widely recognized that job creation on its own is insufficient to lift large numbers of people out of poverty, and that decent employment that pays sufficiently is critical to achieving this goal. Both economic development and the provision of adequate housing will require recognizing the role played by the informal sector — and working with this sector to improve livelihoods and well-being.

There are several areas where omissions still need to be addressed.

The discussions on municipal finance and finance for urban development spoke strongly about the need for endogenous sources of funding for local governments, but also placed more emphasis than necessary on how to pay for development and climate change adaptation. As Jeb Brugman has pointed out, about $10 trillion U.S. a year is spent on urban fixed asset expenditure — dwarfing these other budgets, and making it essential for the New Urban Agenda to create an enabling environment that ensures this money is spent in ways that address issues of inclusion, equity and resilience.

Another topic that received little attention was the issue of data — the type of information that local and national governments need to support the implementation of new approaches to urbanization, and the evidence that needs to be gathered to assess whether such efforts are successful. Addressing local development concerns requires disaggregated data that show exactly where problems are greatest and where investment is most needed.

The participation in and commitment to open input for the Habitat III process is admirable and necessary. After all, the majority of the world’s population now lives in urban areas, and both the proportion and number of people living in towns and cities is set to continue to grow. The immediate challenge is to produce an outcome document for the summit that helps to guide more equitable and sustainable urban development around the world. The New Urban Agenda needs to have clear policy recommendations and actions; appropriate recognition of and devolution of responsibility to local authorities and civil society; and mechanisms to support this at the local, national and global scales.

There were whispers in the UN corridors about a “pre-zero draft” document. The team responsible for developing this will need to work overtime in the coming months to capture the ambition and aspiration of cities and citizens from around the world.

David Dodman is the director of the human settlements group at the International Institute for Environment and Development. He is an expert on climate change vulnerability and resilience in urban centers.