When the Feds Plan and Cities Execute 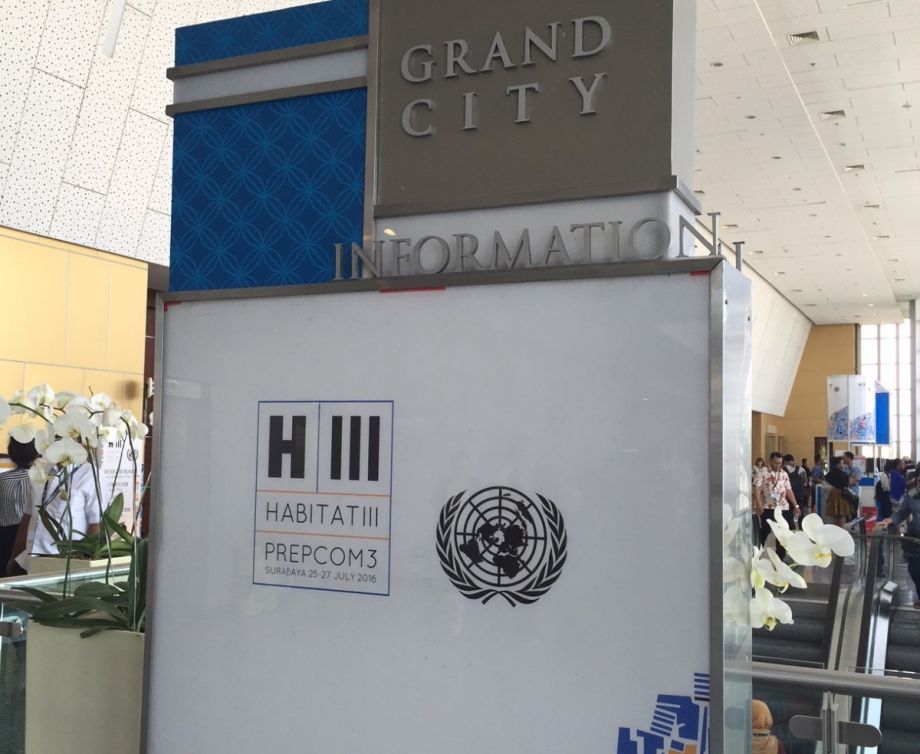 Six shuttles were running routes this week through Surabaya, Indonesia, to bus leaders of 100-plus countries to a critical UN meeting at the Grand City Convention center. On the negotiating table: a New Urban Agenda meant to be signed in Quito this fall at Habitat III, a conference about global housing and urban development. Amid the talks, before anything was finalized, I talked to several delegates about their hopes for the document, which could guide city planning across the globe over the next 20 years.

The New Urban Agenda would be signed by national leaders, but most say that for it to really work, they have to involve policymakers — and citizens — at the city level.

Linda L. Malenab-Hornilla, commissioner for planning of the Philippines, said her government had already developed guidelines for municipalities to help them prepare for the effects of climate change and make them more resilient. Avelino Tolentino III, director of housing and urban development coordinating council in the Philippines, said they intend to use the New Urban Agenda in the country’s development plan, which is currently being formulated.

“We are going to make sure it informs the updating of our national urban development and housing framework,” Tolentino said.

I also spoke with delegates from Haiti, Myanmar and Ecuador.