$140 Billion Reasons Your City Park Is Just Like Disneyland 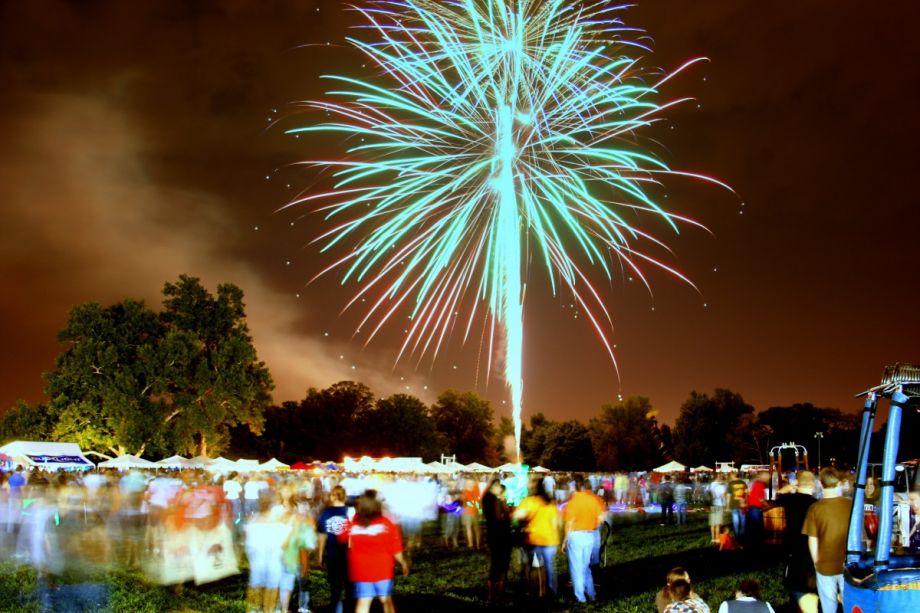 City parks: They’re good for public health, air quality and property values. According to a new study commissioned by the National Recreation and Parks Association they’re good for business too, generating almost $140 billion in economic activity in 2013.

That number — or, rather, the fact that it exists — shouldn’t be surprising. If the municipal parks of St. Louis and Atlanta happened to be privately run bowling alleys or miniature golf courses, their economic weight would already be part of the public record. But unlike amusement parks and their “attractions industry” ilk, city and regional parks aren’t usually measured by the jobs they create or goods they consume.

With “The Economic Impact of Local Parks,” the NRPA hopes to change that, reminding readers that the leafy gathering spots aren’t just public amenities but GDP-boosting businesses.

“Often times parks are patted on the head and people think they are nice things to have,” says Barbara Tulipane, NRPA’s president and CEO. “But the reality is that they [tend to be] drivers of economic activity in their communities.”

From Waterfront Park in Portland to City Park in New Orleans, researchers from the Center for Regional Analysis at George Mason University compared operating impacts and capital spending to come up with “total impacts,” including economic activity, labor income and employment.

The 21 case studies the research team highlighted, which can be viewed from pages 9 to 19 in the report, sample the various kinds of recreational space — large parks, pocket parks, hiking trails — and represent regional diversity, according to lead researcher Terry Clower.

On the national level, Clower’s team didn’t stop with bare-bones Census data. The survey of Local Government Employment and Payroll Data shows about 356,000 employees for local parks and recreation departments in 2013. For comparison, local government employed about 14 million total workers (full- and part-time) that year, while “police protection” and libraries employed roughly 865,000 and 183,000 workers respectively.

Overall, though, spending at local and regional parks was responsible for about 999,000 jobs in 2013, according to the NRPA study, and $44 billion in labor income (salaries, wages and benefits).

The difference comes partially from an “economic input-output” model looking at how spending rippled through the economy — both directly, through purchases of equipment and services and indirectly, through vendor spending.

From The Economic Impact of Local Parks

The report’s intended audience includes elected officials from Capitol Hill down to the cities highlighted in the case studies, Tulipane says. She adds that while headline-makers like New York’s High Line are regional darlings, employees and advocates for the “rank-and-file” city parks often battle to prove their worth.

For public entities typically characterized by social benefits rather than dollar signs, economic impact studies like this one aren’t a new tactic. There’s The Economic Impact of Public Transportation Investment, prepared for the American Public Transportation Association in 2009. The American Library Association website has a whole section devoted to “Economic Impact,” with sub-categories like “Job Creation” and “Return on Investment (ROI).” Even tomatoes grown in community gardens can now be translated into “estimated harvest values,” as I covered in November.

Without a centralized database or standardized methodology, comparing the economic outputs of these services — i.e., would a park or a library create more jobs? — won’t always be tidy, or even completely accurate. But while the comparisons may not be perfect, they could still help steer a city’s funding process or long-term goals.

“Other entities have put this kind of number out there for public information and use in the decision-making process,” Clower says. “And it’s not always that the decision hinges on the value of the economic impact, but that value can help inform a decision.”

According to Tulipane, simply reframing discussions around the concept of value could be helpful.

“There’s always been a conversation about justifying the parks system ‘drain,’” she says. “I think this study proves that parks don’t drain local resources and, in fact, add to them.”