New Starts: Regional Rail for Ontario, All Aboard Florida Drops a Rendering, Bursa Gets a Gondola – Next City

New Starts: Regional Rail for Ontario, All Aboard Florida Drops a Rendering, Bursa Gets a Gondola 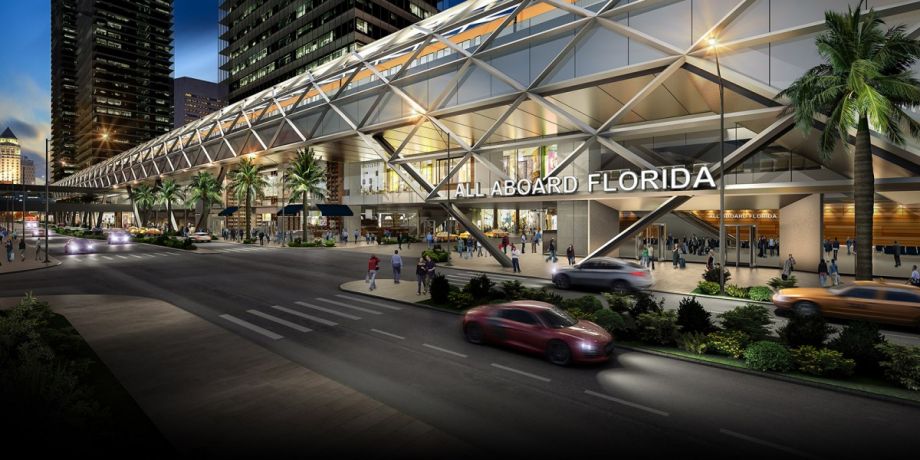 Two weeks ago, I wrote that while Toronto plans its Downtown Relief Line subway, it should focus on marginal improvements to its existing infrastructure — namely its main line commuter rail network and streetcars. (Advice which would apply equally well to nearly every major city in North America, from New York and Washington, D.C., to the Bay Area and Southern California.) Clearly somebody was listening (either that or I was just stating the obvious, but let’s go with the first one): On Thursday, Ontario Premier Kathleen Wynne and Transportation Minister Glen Murray announced their intention to bring all-day electric train service to the Greater Toronto and Hamilton Area within 10 years.

Currently, the GO Transit network is unelectrified, with pokey diesel locomotives dragging 12-car double-decker trains from the suburbs into Toronto’s Union Station offering, for the most part, only rush-hour commuter service. The center-left Ontario Liberal Party premier’s plan would involve purchasing new electric train sets, with better acceleration and deceleration, and running four trains an hour, all day long. It would build on the success of half-hourly all-day service on the Lakeshore line, which Murray said increased ridership by 30 percent.

How they intend to pay for the increased service, though, remains to be seen. Wynne promised $29 billion in infrastructure spending over the next 10 years, with around half going to transit in and around Toronto and Hamilton, and the remainder going to transportation infrastructure throughout the rest of the province. The Globe and Mail reports:

Roughly half the money will come from redirecting 7 1/2 cents per litre from current gas-tax revenues, plus the HST paid on the tax. The rest will be raised through new “revenue tools” — which could include taxes, tolls or asset sales — to be unveiled in the provincial budget expected next month.

The money will help fund the downtown relief subway in Toronto, a light-rail line in Mississauga, four-lane highways in Northern Ontario and the electrification of the GO regional rail network, among other projects, Ms. Wynne said.

All Aboard Florida Releases a Miami Rendering and Wants More Land

All Aboard Florida, the private passenger rail service planned by freight railroad owner Florida East Coast Industries, has been cagey about the details of their proposed project (their press contact, whenever she responds with non-answers to Next City’s questions, always asks that her name not be used), but they did unveil a new website last week with a rendering of their proposed Miami Grand Central Station, to be designed by modernist giant Skidmore, Owings & Merrill.

They’re also in talks, reports real estate site exMiami, with Dade County officials to scoop up another 2.7 acres of downtown land near their Grand Central Station, which is near by Government Center Metrorail and Metromover stations. Grand Central Station is increasingly looking like it will be the city’s central transit hub, with bus service consolidated in the area as well. exMiami reported two weeks ago:

If an agreement is reached, All Aboard Florida could build a consolidated bus station for the county as part of the deal. Dade’s transit authority has been conducting technical studies for building a new downtown bus station since last year, and director Ysela Llort told a meeting of the Transportation & Aviation Committee yesterday that the [All Aboard Florida] option is the alternative “with the most legs right now.” […]

County officials expect to receive a package with details of the proposal within the next 30 days.

While All Aboard Florida is pursuing a less-urban airport station in Orlando, their century-old rail line cuts through downtown Miami, West Palm Beach and Fort Lauderdale, so those cities would see more traditional downtown stations with excellent local and regional mass transit connections (the Fort Lauderdale station is already adjacent to a bus terminal).

Turkey’s constructocracy, as its sometimes known, is better known for massive public works projects like high-speed railways (the Istanbul-Ankara line cuts beneath the city of Eskişehir entirely), highways (a $1.2 billion Eurasian tunnel beneath the Bosphorus just broke ground), metros (just $99 million for a 15.5-km line in the capital) and trams (four lines are under construction in Istanbul alone). But there’s also room for smaller projects, like a gondola in the northwestern city of Bursa.

The new ropeway system replaces one that ran for half a century starting in 1963. It’s a small operation — each car only fits eight people inside — but the vehicles arrive every 19 seconds, and offer a 12-minute trip up and down Mount Uludağ, with one of the country’s major ski resorts, saving riders the hassle of traveling along a 35-km (22-mile) road.