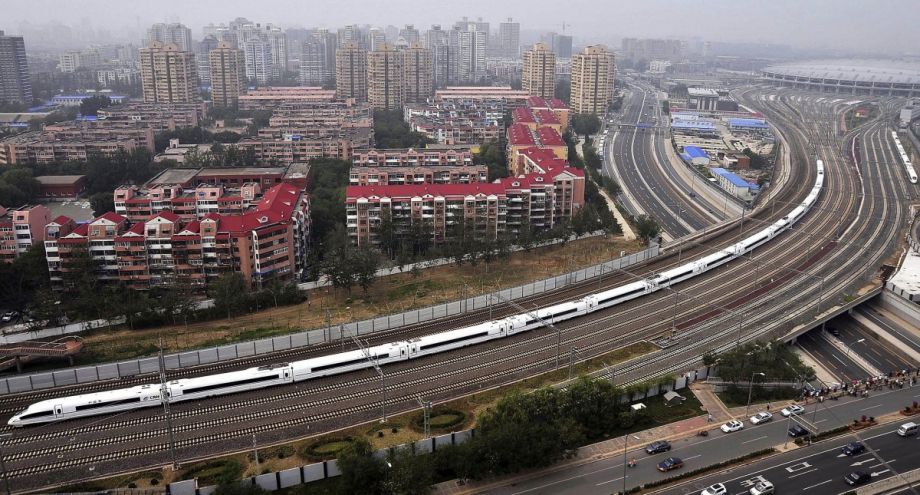 Suburban commuters in places like New York and Philadelphia — not to mention European and Asian megacities like Tokyo and London — take it for granted, but in much of North America and the rest of the world, commuter railways have not been electrified. Modern diesel multiple units, of the type that are barred from North American rails (but not for long!), can give a slight speed boost to sluggish diesel locomotives — but diesel’s real downfall is acceleration, making commuter routes with fairly frequent stops extremely slow. For proper rapid transit, electrification is a must.

To that end, Auckland, New Zealand’s largest city, has completed the suburban rail electrification process it started back in 2007, with the country’s prime minister switching on the first electrical lines into the Britomart commuter rail terminus on Tuesday, April 1. Now, transit efforts are turning to another, much more ambitious project: turning the Britomart terminus into a through-station by digging a tunnel out of its western side, giving the network a much-needed capacity boost.

The current, stub-end Britomart Transport Centre was forged out of an old post office only a decade ago, in order to bring the commuter railroads to the heart of the central business district. (Compare this to New York’s post office-turned-rail-station, which won’t provide any transit value at all, and actually moves Amtrak’s headhouse even further from the heart of Midtown.)

And for another depressing comparison to the U.S., look at the progress (or lack thereof) in America’s most technologically savvy region: Silicon Valley. The Caltrain commuter rail line carries as many passengers as Auckland’s entire suburban rail network. And it would be much easier to electrify, since it’s just a two-track line all the way from San Francisco to San Jose, compared to Auckland’s five-line network. But while Auckland’s NZ$500 million (US$430 million) project has just wrapped up, Caltrain’s $1.5 billion project isn’t even fully funded, and the amount of money already allocated may be in jeopardy, as it’s tied to the state’s high-speed rail line, currently facing serious legal challenges. Meanwhile, the downtown extension to the Transbay Transit Center — San Francisco’s equivalent of Britomart — is even more tenuous, without any funding at all.

Speaking of another thing New York and Philadelphia (and Chicago) take for granted: Singapore is considering introducing express trains on its new Cross Island MRT Line. Like nearly every metro line on earth, Singapore’s MRT lines generally have only one track in each direction, with all trains making all stops. But the Cross Island Line would pass through some areas of low population density, leading planners to believe that some express services that would bypass the less popular stops would be beneficial.

There are two models for express metro service — the New York model, and the Tokyo model. In New York, the trunk lines, many of which replaced elevated trains with only two or three tracks that were at capacity, have two sets of tracks — one for local service, and one for express service, mimicking a national railway network (shared segments of the Red, Purple and Brown lines in Chicago also have dedicated express tracks, as does Philadelphia’s Broad Street Line, designed to accommodate future traffic and extensions that never materialized).

In Tokyo, however, express trains run on lines that at many points converge onto just two tracks. Rather than building a whole parallel line for express trains, service is so tightly planned and scheduled that express trains overtake local ones using bypass tracks around local stations, and then merge back onto the main line. This, however, requires extreme schedule adherence of the type that few agencies outside of Japan can manage, with one Singapore engineer telling The Straits Times that local trains would have to stop and wait for express trains to pass, implying that Singapore would not be able to guarantee the same schedule adherence as Japanese railroads do.

Chinese HSR Not All It’s Cracked Up To Be?

Foreign Policy magazine took a deep dive into China’s high-speed rail network — the longest in the world, even though service started just seven years ago — in March, and what it found wasn’t quite as shiny as it first appears. The article’s thesis is that “those who consider China’s empire of rail a model of infrastructure development ought to take a more critical look — and that countries gazing with understandable envy at the sleek marvels crisscrossing the Middle Kingdom should measure twice before they cut their first piece of rail.”

Between tracks that collapse in heavy rain, procurement corruption (cheaper, substandard materials used and contractors pocketing the difference in cost), overengineering (80 percent of the line from Beijing to Shanghai is on a viaduct, whereas other countries would find cheaper, more level rights-of-way) and reverse-engineered foreign designs, China’s high-speed rail network seems to have more in common with America’s corrupt, poorly built 19th century transcontinental railroads than with the state-of-the-art networks being built in countries like Spain (which has the second-largest network on earth, first opened in 1993).

The Chinese network’s flaws were exposed in a devastating crash in 2011, when a train ran through non-signaled territory — rather than stop the train after the signaling system was taken down by a lightning bolt, the rail operating kept going, emblematic of the drive to deliver projects on time, seemingly at any cost — and collided with a stalled train near the city of Wenzhou, killing 40 people.

And then there’s the system’s finances. While high-speed rail networks in France and Japan are built with an eye towards profitability (Japan’s flagship line, the Tokaido Shinkansen, is so profitable that its owner, JR Central, is building a magnetic levitating relief line with no major government subsidies), Chinese high-speed rail projects are pushed forward without much of an eye towards financial sustainability. (Bai Zhongren, the president of China Railway Corp., fell out of a window early this year, in an apparent suicide that many believe was linked to the company’s dire financial situation.)

Still, China’s problems haven’t stopped American politicians from fawning over the network, with California Gov. Jerry Brown — presiding over a high-speed rail project of his own that is increasingly seen as a boondoggle — telling reporters on a trip to see the system, “People do stuff here. They don’t sit around and mope and process and navel-gaze.” And in 2010, reported the Los Angeles Times, “Gov. Arnold Schwarzenegger led a delegation to Shanghai, where California’s rail chief held discussions with leaders of the China Investment Corp.,” a sovereign wealth fund managing over half a trillion dollars in assets, over possible involvement in California’s system.