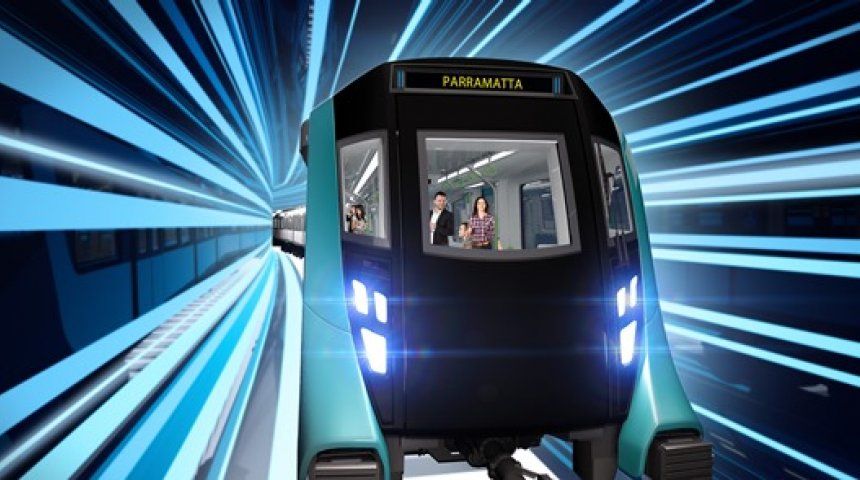 The government of the Australian state of New South Wales is saving up for the down payment on Sydney’s third metro line.

Global Rail News reports that the NSW government is setting aside A$3 billion (US$2.22 billion) for what it calls the “game-changing” Sydney Metro West project. It will also spend A$28 million (US$20.72 million) this year to design the new line’s stations and speed up preparation of the business case for the line.

The route, the third leg of the rapid transit network now being built to serve Australia’s largest city, was first proposed in 2016. It will connect the Sydney central business district with the western suburb of Parramatta via the Bays Precinct and Sydney Olympic Park.

“Sydney Metro West will be our city’s next big underground metro railway — a new, easy link between Sydney CBD and Parramatta — and we’re getting on with the job as quickly as possible,” said state Premier Gladys Berejiklian.

The location of intermediate stations along the mostly underground metro line is still being determined. Subject to completion of the business case, the government expects to begin construction of the line during the government’s next term in 2019. The first section of the Sydney Metro, running northwest from Rouse Hill to Chatswood, is set to open in the first half of 2019.

If all goes according to plan, sometime in 2028 residents of the Québec half of Canada’s national capital region will be traveling on a light rail system that connects with Ottawa’s O-Train network.

The International Railway Journal reports that the city of Gatineau has released plans for a two-line light rail network that will enable residents of its western reaches to travel to both downtown Gatineau and downtown Ottawa.

The network would have two branches in the west, a shared central section, and two branches that will cross the Ottawa River to connect with the O-Train system. The Gatineau system would operate in a loop at its eastern end, using the O-Train tracks in central Ottawa to complete the loop. The east leg of the loop will connect downtown Gatineau and downtown Ottawa via the Alexandra Bridge while the west leg will operate via the Prince of Wales Bridge. Trains would run at five-minute intervals at peak hours and 15-minute headways off-peak and on weekends.

At a cost of C$80 million (US$60.19 million) per kilometer, including the cost of rolling stock for the all-electric system, the total cost of the project is estimated at C$2.1 billion (US$1.58 billion).

Metro Report International notes that the last chapter in the reconstruction of the World Trade Center will wrap up on October 1 with the reopening of Cortlandt Street Station on the 1 subway line.

When the World Trade Center was built in the late 1960s, a quarter-mile stretch of both Greenwich Street, beneath which the 1 line ran, and Cortlandt Street were closed to create the center’s large plaza; the station was then connected to the WTC shopping concourse and the plaza via stairs to the surface at Vesey Street. When the Twin Towers were destroyed on Sept. 11, 2001, their debris fell into the Cortlandt Street station, destroying it and about 1,000 feet of tunnel, severing service to the south of it on the 1. The tunnels were rebuilt soon after the attack in order to restore service to Rector Street and South Ferry, but the station was not; New York City Transit officials originally planned not to rebuild it, but the decision was reversed once plans advanced for the total reconstruction of the World Trade Center.

The cost of the project, originally projected at $101 million, eventually rose to $158 million. The Port Authority of New York and New Jersey had begun the reconstruction in connection with its World Trade Center Transportation Hub project, but disputes and delays led to the job being passed to the New York Metropolitan Transportation Authority to complete. The WTC reconstruction also restored both Greenwich and Cortlandt as through streets, which means that when it opens, the station will once again serve its namesake street.