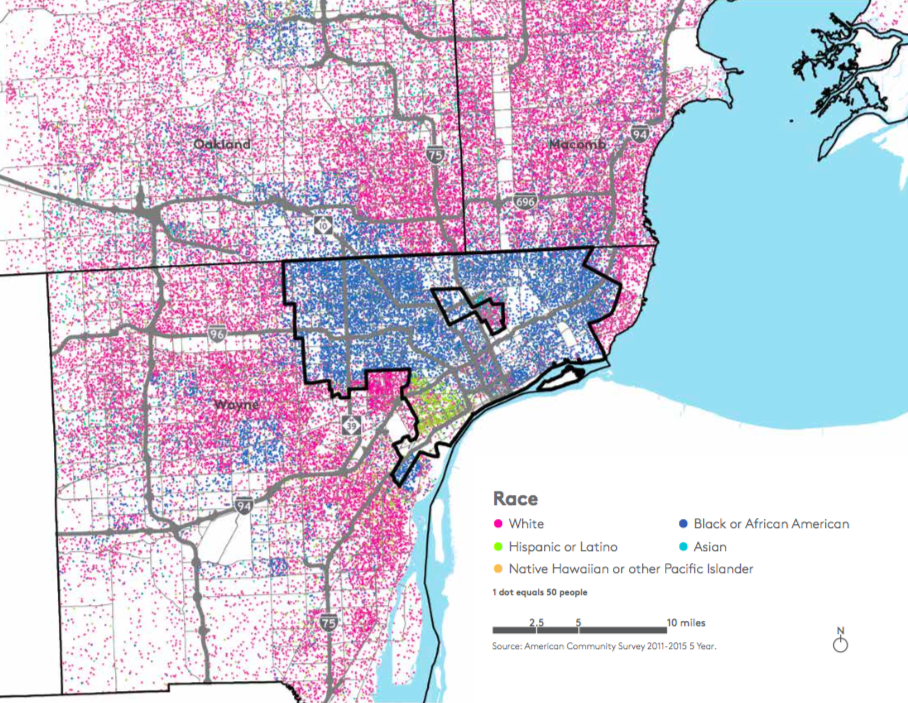 When nearly 77 percent of your city’s business owners aren’t able to grow enough to have even one employee (besides the owner), it shouldn’t be too surprising that 40 percent of your population lives below the federal poverty line of $24,339 for a family of four, including 57 percent of the children in your city.

That’s part of the challenge facing Detroit, laid out in a new report, “139 Square Miles,” from the nonprofit Detroit Future City. The report claims to be the first, comprehensive, citywide, data-driven study on the state of Detroit “without analysis or critique.” It compiles quantitative and spatial data from a variety of sources, including the U.S. Census Bureau’s Survey of Business Owners, which is conducted every five years.

Of course, it’s impossible to boil down a city’s economic reality just to the state of its small businesses or any other single factor or map. 139 Square Miles also makes note of racial and economic disparities in geography. While Detroit city proper (population 672,000) is 80 percent black, the Detroit metro area (population 4.2 million) is 22 percent black and 67 percent white.

The black population and the population living below the poverty line are both concentrated in Detroit city proper — 53 percent of Detroit residents live in “areas of concentrated poverty,” typically defined as census tracts with a poverty rate of 40 percent or more, the report notes.

The Detroit Free Press writes that some of the data points in 139 Square Miles underscore the financial crisis facing Detroiters, such as the 37 percent of city renters who spend more than half their income on housing. Other stats also surprised the Free Press, such as the 69 percent of Detroit-area commuters who drive to work alone.

There is one metric whose trend cuts across all racial lines: Median household income has fallen in inflation-adjusted terms for white, black and Hispanic households. The fall has been slightly steeper for black households.

“Numbers, of course, only get us so far,” wrote the Free Press’ John Gallagher. “Detroiters still face hard choices about where to invest limited resources, how to spread the progress downtown to the neighborhoods, and similar tough questions.”