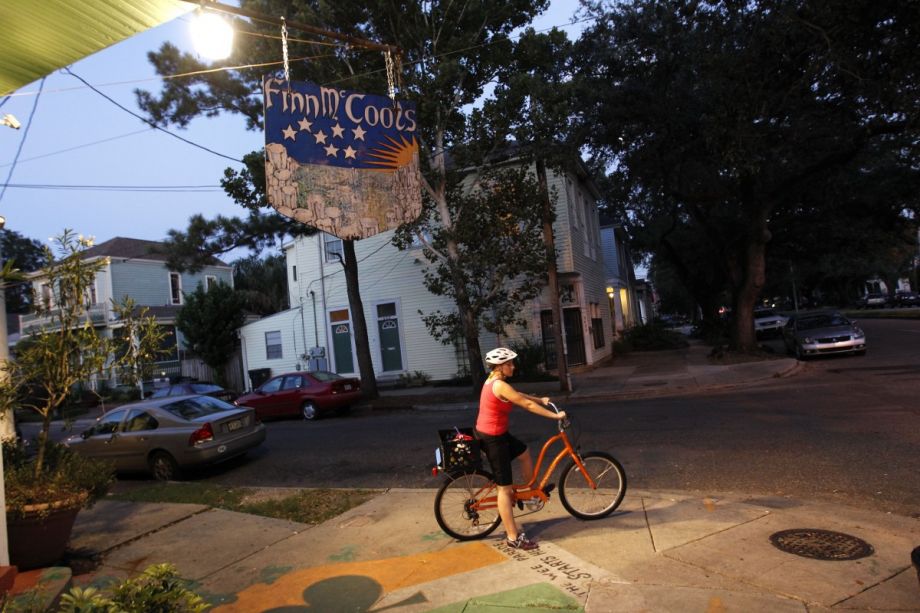 Last week, in an effort to bring city code in line with state law, New Orleans City Council passed a slate of largely procedural ordinances that are nonetheless garnering attention for their commonsense proscriptions.

The new rules clarify that pedestrians have the right-of-way in crosswalks, explicitly forbid motorists from driving in designated bike lanes, require that a person opening a car door in the roadway take “due precaution” not to endanger another road user, and set a 3-foot passing distance between vehicles and bikes. The ordinance most likely to raise eyebrows, though, is one clarifying that it is illegal to “harass, taunt, or maliciously throw objects” at bicyclists.

Dan Favre, executive director of cycling advocacy group Bike Easy, says that while the ordinances are nothing new — most of these laws were already on state books — it’s still important that the council reaffirm what constitutes good behavior.

“Just from biking around New Orleans the past 10-plus years, things have gotten better, but there certainly is a level of harassment. People honk at you, things like that,” he says. He’s got no lack of stories. After he spoke about the new ordinances on television recently, a cameraman told Favre he’d had a soda can thrown at him while biking just the other day. Another friend was smacked on the behind by a passing driver.

“In my mind it’s weird because it’s still just assault in that case, but they needed to really codify the idea that you’re not allowed to taunt or harass cyclists,” says Favre. “It’s crazy that we have to write that into law, but it speaks a bit to the schizophrenic nature of biking here in New Orleans. Because biking here is fantastic – it’s flat … you don’t have to go too far to get where you’re going in most places, the weather is good for it in most cases. It’s a joy. But on the other hand we have high instances of injuries and deaths of people walking and biking, and sometimes there’s these crazy events, people get harassed while biking along.”

New Orleans, of course, isn’t alone. Such harassment is common enough that in her 2016 book, “Urban Revolutions: A Woman’s Guide to Two-Wheeled Transportation,” Emilie Bahr dedicated a section to dealing with taunts. She wrote:

I think that one of the best ways to improve driver behavior is to simply ride a bike and encourage others to do so too. This may seem overly simplistic, with a frustratingly incremental payoff, but getting more people biking on the streets will over time make drivers more accustomed to anticipating and looking out for cyclists. It also improves the likelihood that drivers are themselves cyclists, and every cyclist I know who gets into a driver’s seat is much more understanding, aware, and patient than your average motorist.

Favre doesn’t expect the New Orleans ordinances to solve the problem on their own, not even with increased enforcement. “Our police department has been understaffed for years, and levels of traffic citations have just plummeted for the past few years across the board,” he says. “And I don’t think that enforcement is a panacea or necessary even all that helpful in terms of what we’re trying to do.”

He does think they send a signal that the culture is changing. With more people biking, he thinks, peace on the streets will improve, with some nudging. The city has installed over 100 miles of bike lanes in the past 10 years, and a $2.4 billion federal settlement owed in the wake of Hurricane Katrina could radically improve street conditions (if President Donald Trump’s administration doesn’t renege on the deal). Social rides take place nearly every night of the week, giving cyclists power in numbers against both bad motorist behavior and potential abuse.

The new ordinances do clarify some cyclist behavior too. They prohibit cyclists from riding more than two abreast on city streets and require that they install lights, reflectors and brakes.