For Public Defenders in New Orleans, Getting Justice Means Waiting… and Waiting – Next City

For Public Defenders in New Orleans, Getting Justice Means Waiting… and Waiting 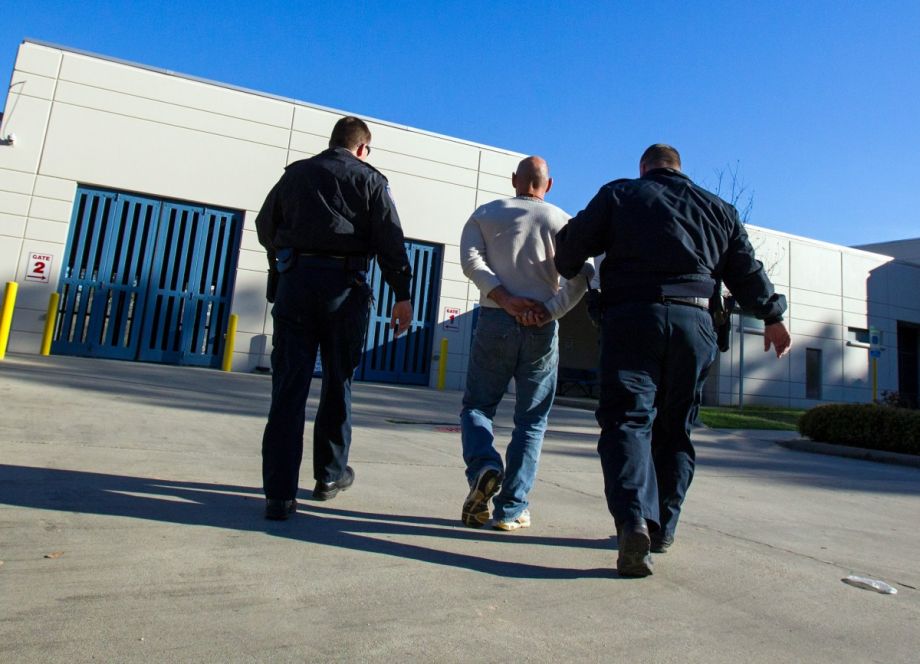 In a revolting example of how Orleans Parish Prison allegedly violates inmates’ constitutional right to counsel, public defender Zachary Carpenter visited a client in the Templeman 5 jail building on May 14 and said he found that the visitation room’s document slot, used for passing legal documents back and forth, was filled with urine.

“That’s gross,” the deputy said, and then left, according to Carpenter, who asked for the slot to be cleaned but said he saw no results during the 40 minutes he was there.

As the American Bar Association works in Missouri and other states to develop new, accurate measures to evaluate public-defense caseloads, the ongoing struggles between Orleans Public Defenders and its jail make it clear that caseload alone is an imperfect barometer that can be tremendously skewed by issues like jail access.

In Orleans, as elsewhere, most indigent defendants remain in jail until trial because they can’t afford bail. Altogether, Orleans defenders make 4,500 jail visits a year, which eat up so much work time that the caseload measure becomes almost meaningless. “You can blow three hours trying to talk to your client for 15 minutes,” said Chief Public Defender Derwyn Bunton, who described the jail as “one of our most disruptive inefficiencies right now.”

When Orleans Public Defenders go into court on Thursday, they will tell a state civil-court judge that Sheriff Gusman is violating both state and federal laws that govern a defendant’s right to counsel. They’ll show their log documenting inconsistent wait times and non-private conditions: rooms where they must discuss delicate case matters within earshot of other inmates and exchange paperwork through deputies, who may or may not deliver it.

What’s happening in Orleans right now “is truly an outrage and it complicates the time demands and the difficulties of being a defense lawyer,” said Norman Lefstein, law professor and dean emeritus of the Indiana University School of Law, who wrote about the system in Orleans in a chapter of his book Securing Reasonable Caseloads, published by the American Bar Association.

Sheriff’s spokesman Philip Stelly said that “there was no basis in fact that there were long delays,” but declined to go into detail, citing the pending litigation.

But legal filings document how, for more than three years, the sheriff’s deputies and his post-Katrina hodgepodge of jail buildings have made work more difficult for the Orleans Public Defenders office, which is charged with representing more than 80 percent of defendants in Orleans Parish Criminal Court but suffers from perennially uncertain budgets, short-staffing and high caseloads.

Recently, the sheriff announced plans to move mentally ill inmates to a Louisiana prison about an hour’s drive away. In order to see clients, public defenders could now spend two hours round-trip on the road, plus meeting and wait times.

Stelly noted that the sheriff is currently dealing with jails and temporary tents that were cobbled together after fractured federal levees badly flooded the complex. Things will be better inside a new jail, which is scheduled to open soon, Stelly said, noting that the new jail includes several rooms in the intake and processing center that can be used for attorney-client visits. As it opens, the sheriff plans to debut an online attorney appointment system. “We’re sensitive to this issue,” he said.

But Bunton said that Gusman recently told him that he was shuffling around space in the new jail. “There were going to be a few attorney-client rooms on each floor so that you could walk onto the floor where clients were held. But he’s getting rid of that space,” Bunton said.

It’s counterintuitive, said Ernie Lewis, head of the National Association for Public Defense, who believes that better access leads to calmer jails. “Jailers and wardens have an easier time with the inmates they’re protecting if the inmates are given good access to their lawyers,” he said, noting that inmates can become agitated when they can’t participate in their own defense.

The jail issues compound what Lefstein describes as “the nation’s most bizarre funding system,” which leads to inconsistent budgets and understaffing. “Louisiana has the only user-paid criminal justice system in the nation,” Bunton said. “Statewide, we rely on fines and fees for two-thirds of our budget.”

As a result, Bunton said, “We need criminals. And we need them to lose. Because they only pay if they’re guilty.”

Factors like these – the jail headaches, the reliance on user fines – bog down public defense in New Orleans so heavily that the overall justice system can’t function properly, said Stephen Hanlon, who spent 20 years litigating on behalf of indigent-defense systems through his firm Holland & Knight and now teaches at St. Louis University Law School and chairs the American Bar Association’s indigent-defense advisory group. “Orleans is worse than most places. It’s got to be in the top ten systemically unconstitutional justice systems.”