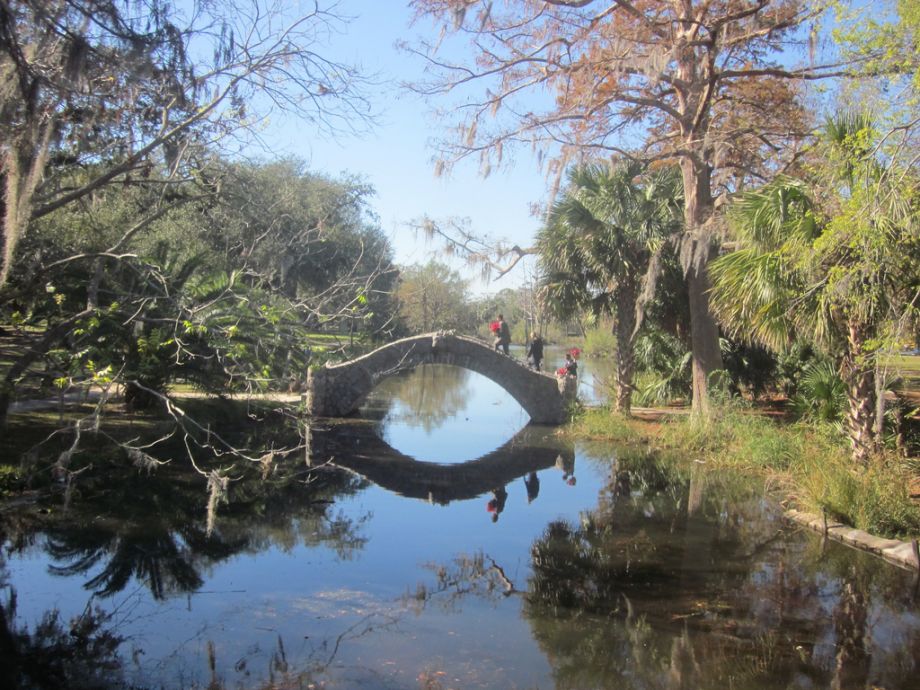 Since Hurricane Katrina, City Park has not only recovered, but added new acreage and amenities. Photo credit: Infrogmation of New Orleans via Flickr

New Orleans’ broad, 3.1-mile Lafitte Greenway, currently under construction, is but one of many green spaces roaring back after being decimated by the levee failures that followed Hurricane Katrina. There’s also Crescent Park, a stunning new riverfront area that will eventually connect to the French Quarter, and City Park, the huge 1,300-acre green space that was underwater for weeks, which has not only reopened, but added a Great Lawn, a lake area with paddle boats and a pedestrian-bike path, 5,000 trees, a fishing pier and four more miles of sidewalks and paths, not to mention the city’s first official dog run and its only mini-golf course.

In fact, since Katrina, New Orleans has built out its parks-and-rec infrastructure at the speed of Robert Moses, spending $134 million on such projects since 2010. In four years, the city has doubled the number of pools, and this year will triple the number of recreation centers. And though it didn’t have a single dedicated on-street bike lane until 2008, this year it hopes to stripe its 100th mile. “It’s going gangbusters,” says Kelly Pack, director of trail development for the D.C.-based Rails-to-Trails Conservancy.

Some are asking whether New Orleans can afford all this emerald ribbon-cutting, especially considering it’s not a city chock full of wealthy benefactors like New York or San Francisco. “It’s relatively easy to raise capital money. Getting the funds to maintain and operate is a much different question,” says Rich Dolesh, president for conservation of parks at the National Recreation and Parks Association. With the exception of City Park, which falls under the auspices of the state of Louisiana, New Orleans foots the bill for these green spaces out of its general fund (though the city uses $1 million in federal Community Development Block Funds for recreation expenses.) Crescent Park and the greenway alone will add roughly $1 million more to a maintenance budget that tops $7 million. Parks and Parkways, which keeps up road medians, some parks and other public spaces, now swallows up $3.3 million per year. The New Orleans Recreation Department Commission is up to $3.1 million, and operating and maintenance for Crescent Park is $659,000. The greenway is still under construction, but the city estimates it will add $300,000 to the yearly maintenance tab. There have been discussions about putting a parks millage on the ballot, but nothing official has yet been announced.

A promotional video about the creation of Crescent Park, via YouTube

Pack knows this story all too well. She sees trail managers across the country struggling to find funding for maintenance amidst America’s parks boom, and is creating a report on the topic. So far, although the Obama administration has now proposed some federal money for parks, she’s found that most trail maintenance is paid for by either state or local funds, and supplemented by private money. Some cities have shared their parkland with utility companies that pay easements to build high-tension power lines and cell-phone towers, for example, or lay fiber-optic cable.

Then there’s New York’s Brooklyn Bridge Park, which was built on an unused port, with 10 percent of the property set aside for hotels and condominiums that pay $15 million a year toward the park. But it’s unclear whether the still-recovering New Orleans real-estate market could leverage that sort of investment at this point. What is generally agreed upon, however, is that the city needs to build these new green spaces one way or the other.

Organized residents, who pushed for the Greenway plan, city planners and the business community alike believe that the additional green space will develop the quality of life that will keep New Orleans growing. There’s a genuine fear that without it, the city could backslide into the stagnant economy it had pre-Katrina, when fewer longtime or prospective residents saw opportunity and few new businesses moved in. Since nearly 32 percent of New Orleanians are obese (the city’s famed cuisine is not on any known diet plan), new trails and sidewalks are also seen as a public-health investment, making payments from even tight general funds easier.

But where parks were once seen only through a benevolent, public-health lens, as a way to give fresh air to city residents too poor to own a country home, increasingly, says Dolesh, “Cities are using parks as a linchpin for economic development.”

Recently, the Downtown Development District (DDD), the fastest growing census tract in town, created an advisory board to find a way to bring more parks to downtown New Orleans. Developers creating luxury and warehouse apartments in the district told the board that the professionals they rent to rank greenspace near the top of their required amenities. Sarah Olivier from the Trust for Public Land’s New Orleans office, who served on the advisory board, says that the DDD’s research showed that the district’s new residents like urban areas but they are also looking for ways to escape. “They want parks,” Olivier says.