Fate of New Orleans Up to Louisiana Voters, Lawsuit – Next City

Fate of New Orleans Up to Louisiana Voters, Lawsuit 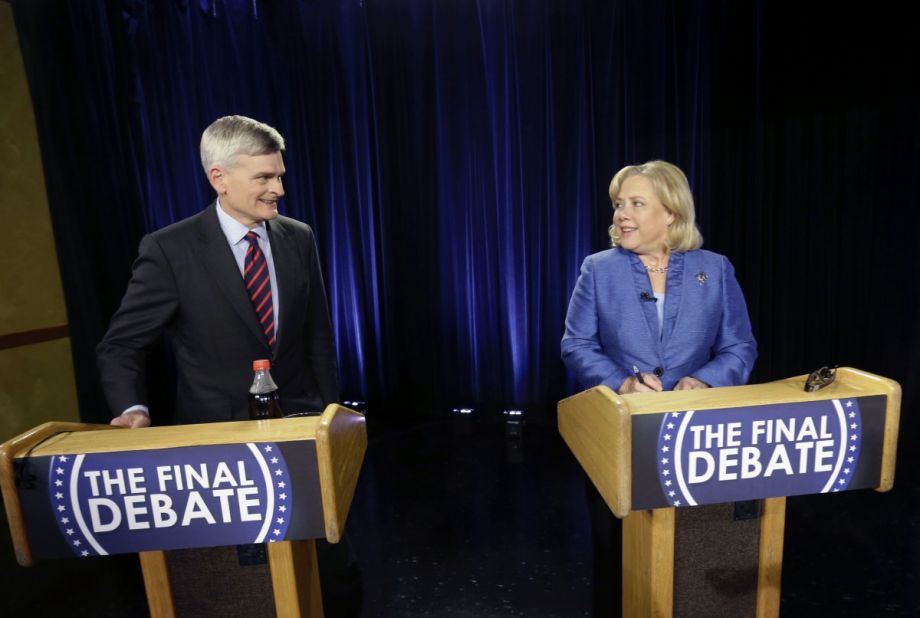 Two weeks ago, Louisiana Senator Mary Landrieu led the charge to pass a bill that would approve the Keystone XL pipeline, a natural gas liquids pipeline that would move tar-sand-derived gas from Canada through America’s Great Plains. The bill’s narrow defeat brought a wave of rejoicing from environmentalists, who had heavily campaigned against the pipeline. “This vote offers a glimmer of hope that there’s some sanity left in the Senate,” said Bill Snape, senior counsel with the Center for Biological Diversity.

But amid the pitched battle preceding the vote, few noticed the defeat implied by Sen. Landrieu’s failed bid. The last remaining Democratic Senator in the South, Landrieu faces a run-off vote against Republican rival Bill Cassidy on December 6th. Throughout November, Cassidy led her in the polls by double-digit figures. Many interpreted Landrieu’s strenuous support of the Keystone pipeline as a Hail Mary pass to keep her job.

The irony is that she, not Cassidy, is the more conservation-friendly candidate in her state. Despite her pro-Keystone stance, Landrieu is known in Louisiana for helping support the Restore Act, which devotes public funds to repairing the delta below New Orleans. Many Louisianans regard the multi-billion dollar effort as a crucial piece of ensuring the survival of hurricane-vulnerable New Orleans. Landrieu has also participated in the creation of a Coastal Master Plan, which maps large-scale projects to protect the Gulf Coast. As Louisiana faces losing Landrieu, what happens to its conservation efforts?

This is no small matter. Louisiana is among the most ecologically vulnerable states in the U.S. Located at the very end of the Mississippi, the state endures damage wrought by levies and dams that block sediment deposits from renewing the fragile delta. Worse yet, oil and gas extraction projects operating in the Gulf Coast have torn apart the delta below the city of New Orleans — leaving open water where solid ground once was. Land subsidence has caused sea level rise, moving the coastline steadily northward.

“We cannot survive without marshes out there ahead of us,” says Oliver Houck, a Tulane University law professor specializing in environmental law, referring to the city of New Orleans. “For what we know from [Hurricanes] Katrina and Rita, absent those marshes that had protected us for centuries, we are in a world of trouble.” Yet nearly a decade after the hurricanes of 2005, little has been done to rebuild the delta.

Efforts to ameliorate the problem have been controversial. In 2013, local historian John M. Barry initiated a lawsuit seeking financial participation from the oil and gas industry in repairing the delta. Dubbed “the most ambitious environmental lawsuit ever,” the case has named 92 corporations as defendants and seeks $18 billion dollars — about a third of the projected necessary amount for coastal restoration. The suit, which was brought by the Southeast Louisiana Flood Protection Authority-East while local historian John M. Barry was at its helm, triggered a legislative uproar. Governor Bobby Jindal made repeated efforts to pass legislation retroactively rendering the suit inadmissible in court; the flood authority, chagrined at the attention, failed to re-elect Barry this year.

The lawsuit survives, however. A month ago, a state judge found a newly passed law attempting to disallow the lawsuit to be entirely irrelevant. “Thank you Jimmy Faircloth, Jindal’s favorite attorney, for this genius move in writing the bill … apparently, Jimmy needs to go back to school,” wrote Barry on the website of his organization, Restore Louisiana Now. In an interview this week, Barry added that the law was “unconstitutional on three completely separate grounds.”

Barry is quick to emphasize that the Senate race has no direct bearing on the lawsuit: “I think the lawsuit has largely escaped the political process.” But both Barry and Houck say winning the case is the only chance for coastal conservation to proceed. “The monies to do the rebuilding lie more in the coffers of the oil and gas industry than they do with the state or federal government,” says Houck. “The federal government is close to broke and the state government is broke. And both have put in billions and billions for coastal protection. The oil and gas industry has put up zero.”

The suit is likely to succeed. “It’s very, very strong,” Houck says. Barry says he expects that corporations will pay up if required to. “I don’t think the oil and gas companies will defy a federal court,” Barry says. “Even they are not that arrogant.”

In the longer term, however, there is little chance of additional help. “Everyone in public office down here works for the oil and gas industry,” Houck says. Protecting the oil and gas industry is one of the few things Landrieu and Cassidy agree on. Both have worked to block large flood insurance premium increases affecting oil and gas companies. And while Houck says that Landrieu supports coastal conservation far more than Cassidy does, “Mary has been fixated on oil and gas development. That’s her lodestar.”

Still, Houck says, she’s been more supportive than others. “Mary has at least come to the point of saying the oil and gas industry should be responsible. But she doesn’t say how.”

She may never say how. Bill Cassidy is predicted to secure the Senate seat on December 6th. What comes next is not yet clear — but unlikely to benefit the marshes of Louisiana. Tulane University geographer Richard Campanella says, “It’s bleak beyond the next generation.”

The bleakness extends past the marshes of southern Louisiana. Senator Mitch McConnell has announced that Cassidy will be given a seat on the Senate Energy and Natural Resources Committee. Although the Keystone XL pipeline may be dead, McConnell said, “I’m confident Dr. Cassidy will use this position to succeed where Senator Landrieu failed. One of our top priorities will be actually passing the Keystone XL pipeline.”