New Orleans’ Afterschool Scene Has a Transportation Problem – Next City 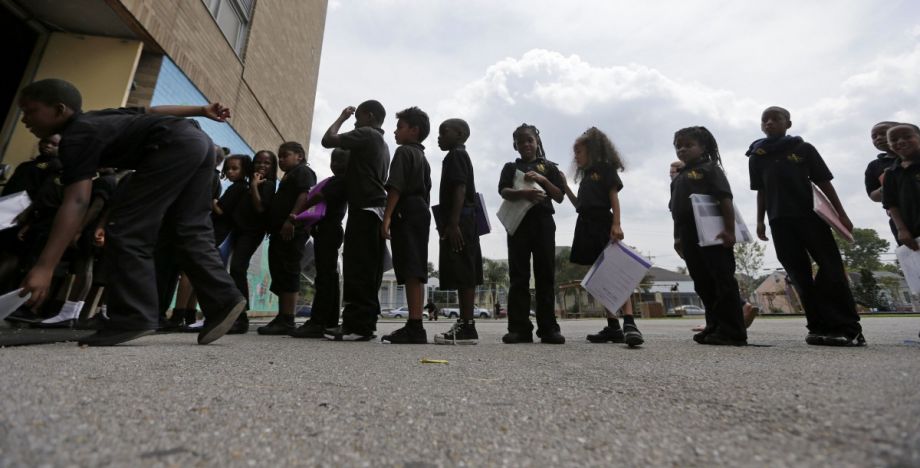 It’s the first question that Doug Keller hears when he talks with parents about Big Class, the afterschool writing and arts program he founded in New Orleans’ Ninth Ward. “What about transportation?” parents ask. “Do you provide transportation?”

Many of the children that Big Class serves either live or go to school nearby. But because of New Orleans’ charter-school landscape, most students attend schools outside their home neighborhoods. Those students would be best served if they had transportation either to or from the program. But Big Class, like many independent, nonprofit afterschool programs, does not have the means to bring children to their writing studio on St. Claude Avenue. And there is no coordinated afterschool bus system to ferry students from independent, individual charter schools to afterschool programs they choose.

In New Orleans, some afterschool providers and parents have debated whether it’s best to provide afterschool services to children that are linked to their home communities or to their schools. “In the best-case scenario, kids have options,” said Gina Warner, head of the National AfterSchool Association, who worked in the past as an advocate for higher-quality, more broadly accessed children’s programming in New Orleans.

Afterschool programming itself is still an evolving concept. Less than 20 years ago, its role was still unclear. But a mountain of research has now shown that afterschool can be a crucial time to help students learn academic concepts through a new lens, such as rhythmic drumming that teaches math, or song-lyric or bookmaking classes that strengthen writing skills. “The idea is not to have children sitting after school in a desk for another 60 to 90 minutes, learning multiplication tables,” Warner said. “Instead, you take the same concept and teach it more hands-on.”

At Firstline Schools, a New Orleans network of five open-enrollment charter schools where afterschool programming has long been a priority, students can choose music, drumming or arts programs. They can propagate plants, cook and eat healthy through the network’s Edible Schoolyard. Or they can learn how to relax or resolve conflicts, said Claudia Barker, a Firstline director who has worked with afterschool programs in New Orleans for a few decades. “You should see our yoga budget,” Barker said. “We try to really address the social and emotional needs of our students.”

But in an arts- and music-rich city like New Orleans, linkages are essential to ensure that students can access a wider range of community resources, Warner said, noting that connections to community resources are more easily made in cities with neighborhood schools. “School choice adds extra challenges to providing afterschool,” she said. “And a lot of that centers on transportation.”

Yet transportation needs for afterschool programs have barely entered the conversation in New Orleans, because merely busing students to and from their schooldays is the elephant in the room, a cost that now eats up 10 percent and more of school budgets and is growing. For the city, which has 20 percent fewer residents now than it did in 2000, citywide costs for busing have tripled, from about $10 million before Hurricane Katrina to roughly $30 million now.

As the city and state put the public school system back together, it created a city full of charter schools, most of which must accept children regardless of home neighborhood (a few higher-income districts have grandfathered-in ZIP-code preferences). So nearly every school ends up sending their own buses to pick up children on the West Bank, Uptown, downtown, and in eastern New Orleans. But after the school day is done, there is no coordinated afterschool-program drop-offs. Instead, children either stay at school for programs there or they ride school buses home.

From a practical standpoint, Barker can’t see a way to transport her charges safely and efficiently to off-campus sites. And she also sees it as more time-efficient to send a child down the hall. “If we can utilize those hours, get them a healthy snack – that’s very important — and put them into a high-quality program right there, that to me is optimum.”

But some programs see that as too narrow.

Derrick Tabb, founder of Roots of Music, a much-celebrated afterschool marching band and music program, said that to limit their program to certain schools would run counter to the program’s anti-violence, anti-turf philosophy. “Kids become friends first through music,” Tabb said. “We give them a safe haven to become friends and they build lasting friendships.” So Roots sends out three buses, five days a week to pick up the program’s 150 children from 42 schools across the city, bring them to Roots and then take them home afterward. As a result, the program pays 25 percent of its budget for transportation.

The Big Class concept is about embracing neighborhood. It’s about creating a “third place” – a safe, comfortable place beyond home and school – for Ninth Ward students. “We want kids to think of Big Class as ‘this supportive, wonderful thing that means a lot to me and has something to do with where I live,’” Keller said. “Because kids like to identify with their neighborhood too. And even if you stay at your school until 6 p.m., you’re still going home afterward.”