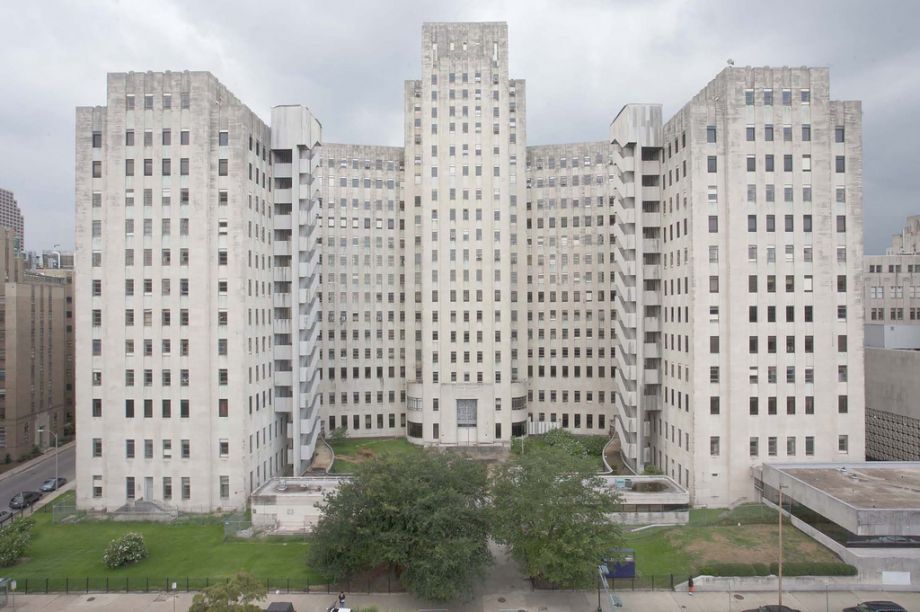 New Orleans has decided to move its city hall. One possible new venue? A historic hospital building many had thought threatened by the wrecking ball.

On Wednesday, New Orleans Mayor Mitch Landrieu released a proposal for moving the city hall (along with the city’s Civil District Court) to the old Charity Hospital building, which has stood vacant since sustaining severe flood damage during Hurricane Katrina in 2005.

Three years after the storm, when Louisiana decided to build a new hospital nearby rather than reoccupy the old structure, the Depression-era art deco building became the focus of a strong preservation effort. Significantly, many New Orleanians remember it as a decades-long provider of free health care.

Now, it appears the mayor’s office has come to understand the potential for rehabbing Charity. “The idea is to put a historic, blighted building in the heart of downtown back into commerce, while moving city government from outdated, inefficient buildings into an iconic, functional space,” a Landrieu spokesperson said in a statement.

Plans to do something about the current city hall began during the administration of previous mayor Ray Nagin, when it became clear that the 1950s-era structure would be increasingly expensive to maintain and lacked adequate space for both the city government and the Civil District Court.

Charity is about three minutes away from the current city hall building. The vast, 1 million-square-foot former hospital could easily accommodate the court, government offices and, potentially, private apartments or a hotel.

In total, the move and restoration would cost about $270 million. The city will only have to issue bonds to cover $78 million of the bill, with the rest of the hefty cost covered by a combination of federal and state tax credits and grants — some of them for historic preservation projects — as well as money left over from Katrina recovery funds.

Even eight years after Katrina, New Orleans has struggled to rebuild, what with a dramatically reduced population, large swaths of unused property and a unique architectural legacy to uphold. Tension arose in 2008, for instance, when plans to build a new hospital to replace Charity met stiff resistance from preservationist and community groups.

Time will tell whether Landrieu’s plans will balance the desire to preserve a city’s built heritage with the need to meet local government demands — and of course, pay all the bills associated with the massive renovation project. Should they succeed, maybe John F Kennedy airport could take notice.

The new city hall is expected to be completed by 2017.