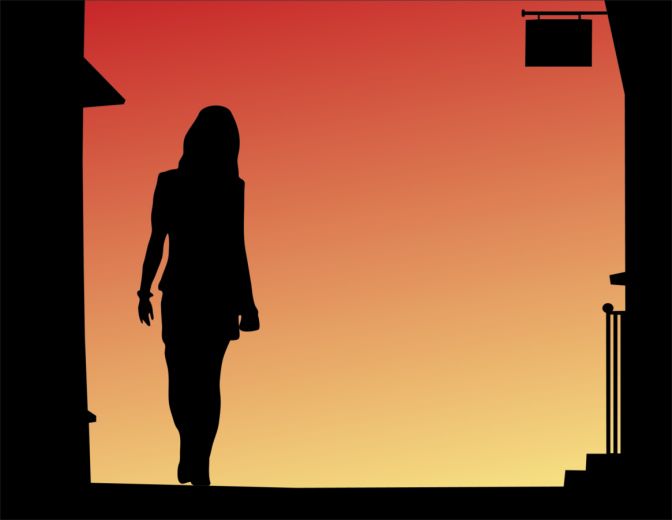 This Sunday, about 150,000 people will flock to New Orleans to see the Baltimore Ravens square off against the San Francisco 49ers for Super Bowl XLVII. The city is used to hordes of tourists at this time of year, but police fear the big will bring its own particular baggage. That includes the oft-cited myth that major sporting events, and the accompanying swarms of fans, will lure massive numbers of sex workers.

In 2010, the National Center for Missing and Exploited Children estimated that 10,000 prostitutes were brought to the Super Bowl in Miami that year. (Note that the statement implies none of the theoretical thousands of sex workers attended of their own free will, a trait shared by the recent campaign against Backpage.com, an online classified ad website that includes an “escorts” section.) But only 14 people were arrested for prostitution. Similarly, grand predictions were made before the 2008 game in Phoenix. Afterwards a police spokesperson said, “We did not notice an increase or anything out of the ordinary.”

Earlier this year, The Global Alliance Against Trafficking of Women (GAATW) released a 75-page report disproving the myth that major sporting events attract large numbers of sex workers, let alone human traffickers. “There is no evidence that large sporting events cause an increase in trafficking for prostitution,” the report concludes.

After the epically inflated number of recent years, media speculation about prostitution during this Super Bowl has been less sensationalistic. But while national coverage remains fixed on the Harbaugh brothers, local media have run a few stories on the threat of sex traffickers.

“New Orleans Braces for Prostitution, Human Trafficking During Super Bowl” reads the headline on one local TV news station’s website. Another ran a story that says, “Advocates say human traffickers set up shop in Super Bowl host cities, trying to cash in on the celebration. In fact, they said it’s one of the largest human trafficking events in the world.”

The New Orleans Police Department, in consultation with the FBI and the Department of Homeland Security, have “a plan in place to combat human-trafficking and prostitution.” A conference on the subject was even held at Loyola University in October, to highlight the threat faced by New Orleans. Training sessions for police officers have been held, although because NOPD did not respond to interview requests, it is unclear what these sessions include.

There are lessons that can be learned from the way other cities have attempted to police sex work. Last year Melissa Gira Grant highlighted a series of obtuse, indiscriminate laws meant to repress sex work, including “prostitution-free zones” in Washington, D.C. that allow the arrest of “two or more persons congregating in a public space or property in that area for the purpose of engaging in prostitution or prostitution-related offenses.” Actual criminal intent does not have to be proven.

Grant also reported on a bill (subsequently passed) in New York that subjects limousine and taxi drivers to a $10,000 fine for any involvement in “sex trafficking,” a term that is kept vague. Such laws simply result in fear, police harassment and a distrust of law enforcement that reduces the likelihood that sex workers will report abuse, violence or yes, human trafficking.

The Global Alliance Against Trafficking of Women argues strongly against such tactics, most of which suggest that sex work is inherently non-consensual. Instead GAATW suggests that police departments coordinate with sex worker rights groups and cite a Brazilian human rights’ group’s warning against “implement[ing] ‘crackdowns’ to evict sex workers from the streets, squares, clubs, etc. More visibility means more safety.” If law enforcement attempts to indiscriminately crack down on prostitution before the big game, some sex workers will likely be arrested, while most may simply move to more remote areas of town where they may be in greater danger from non-police threats.

During the 2010 Olympic Games in Vancouver, the police simply didn’t arrest people for sex work. As AOL News reported, “unless they receive a complaint, the Vancouver Police Department usually gives sex workers a wide berth to conduct business. During the Games, they honored their commitment to continue the no-arrest routine.” Police departments could also issue specific instructions that condoms are not to be used as evidence.

The GAATW report suggests that such restrained tactics, if paired with police sensitivity training, can repair the endemic distrust between the police and sex workers, making the latter more likely to report incidences of violence or human trafficking. Confiscating condoms as evidence, on the other hand, won’t help anyone.