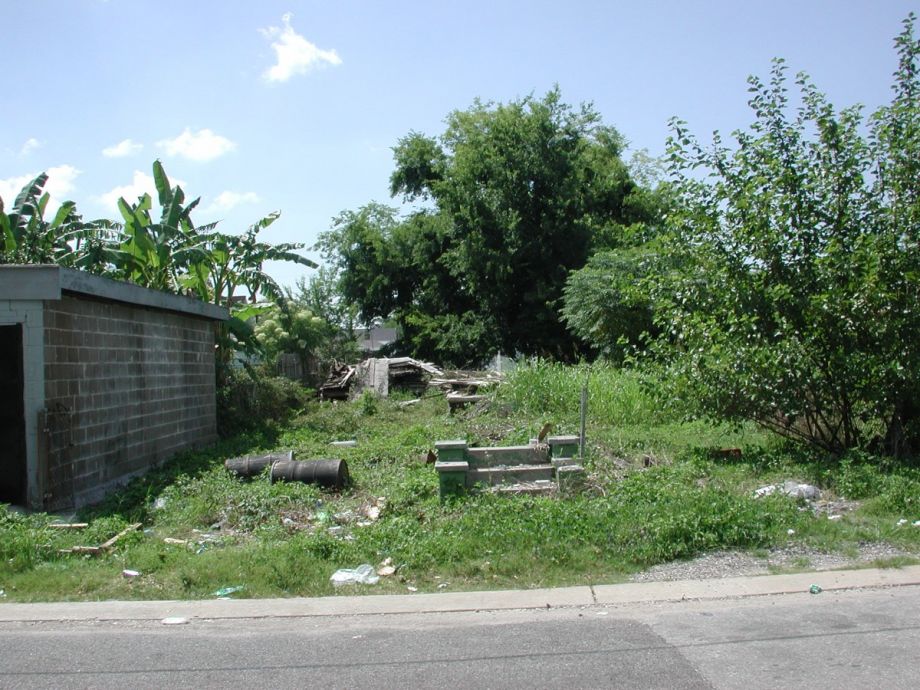 Cities have developed plenty of creative ways to deal with individual vacant lots: Turn them into rain gardens, or butterfly meadows; give them away on the cheap. But what about planning for the total accumulation of a city’s vacant land, the hundreds or thousands of empty lots in cities like Detroit and New Orleans that are often scattered around the city, sometimes too small to amount to much on their own?

Three winning teams tried to answer that question as part of interdisciplinary design competition Future Ground, organized by the Van Alen Institute and the New Orleans Redevelopment Agency to generate a citywide policy for New Orleans’ vacant land. The teams — the New Orleans Land Exchange (NOLEX), Policy as Design (PaD) and Stoss — spent six months developing recommendations that take into account how such lots can be used to encourage job and business creation, support long-range planning, and provide environmental benefits.

Team Stoss, led by Chris Reed and Amy Whitesides of the Boston-based design firm Stoss Landscape Urbanism, focused on the potential for vacant land to spur economic growth. With the help of economist Teresa Lynch, the team found that 2- to 4-acre parcels zoned for light industrial uses are highly effective in supporting businesses that create living wage jobs for laborers without college degrees. But in New Orleans, as in many cities facing blight, a majority of the vacant land consists of residential lots, most around a tenth of an acre.

Stoss recommended that agencies assemble some smaller parcels into larger sites, and rezone them to permit business. To that end, all three teams recommended that cities strategically hold onto some of their vacant parcels and actually work to acquire more. Because larger social, ecological and economic benefits can often be achieved through larger lots, the report suggests cities should retain parcels judiciously until they can be aggregated with others.

Such a suggestion points to the need for long-range planning, beyond the short-term gains of a single-lot auction. Team PaD, led by James Dart of the New Orleans-based design firm DARCH, similarly suggested cities look beyond their borders to consider vacant land policy on the regional scale.

Highways, rivers, economies and ecosystems extend beyond city borders. Taking in the regional context — as PaD did by looking at the Lower Ninth Ward neighborhood as part of a larger stormwater management zone and urban habitat — can prompt new plans for ecological restoration and eco-tourism, and for the long-term needs of watersheds and environments.

The team also recommended that New Orleans leave some lots open for urban nature. Again looking at the Lower Ninth Ward, they developed a vision for a lower-density neighborhood of homes interspersed with farms, community gardens, trails and tree nurseries.

To make these visions a reality, and to ensure they fit the actual needs of neighborhoods and not just the dreams of planners, Team NOLEX focused on how to engage local communities and stakeholders. Led by Kristi Cheramie of Ohio State University, NOLEX pointed out that the needs of public health officials, urban wildlife advocates and stormwater management agencies could all be served by vacant land reuse — they just might not know it yet.

The group proposed a three-step plan to engage these unexpected partners: First, reach out and identify the priorities of stakeholders from bike advocates to arts organizations; next use data to evaluate which clusters of lots in the city could support the needs of those groups and bring benefit to the surrounding communities; and third, bring those groups together, showing how they could use the vacant land to serve their common interests.

NOLEX also experimented with new ways to bring communities into the decision-making process through role-play. They and Stoss both recommended that agencies bring in local residents sooner, in part by identifying community leaders early on.

The New Orleans Redevelopment Agency plans to pilot some of these ideas on city-owned lots over the next year, and the city is already moving on some of the teams’ suggestions. A new strategic acquisition program is in the works — the first step in assembling those larger sites. And a regional committee on resilience has also been formed to look at water management, transportation, air quality, economic development and other issues from the individual property up to the regional scale.