How the City of New Orleans Nudged Residents by Texting 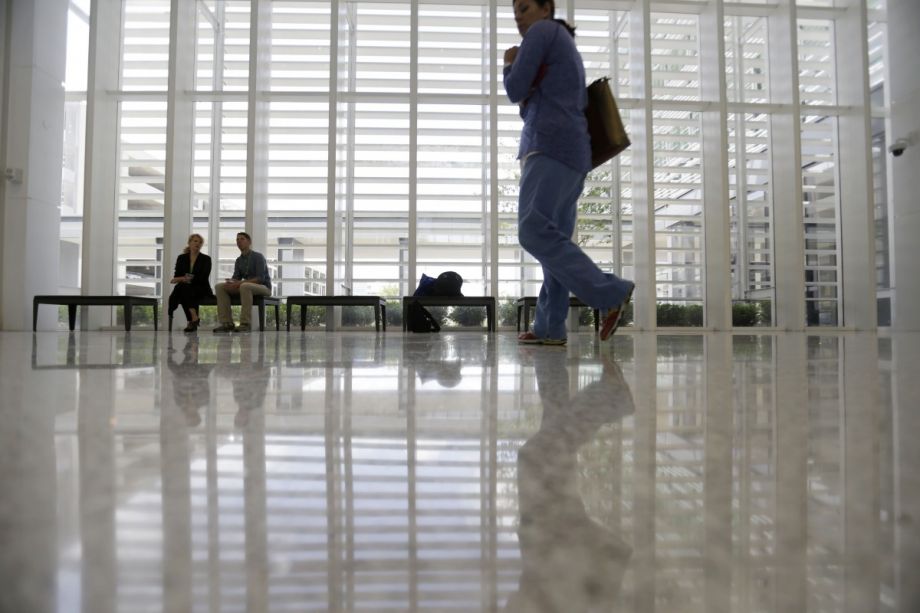 A woman walks in front of the main lobby of the University Medical Center New Orleans. The new center replaces the city's old Charity Hospital, which was damaged during Hurricane Katrina. (AP Photo/Gerald Herbert)

In New Orleans, healthcare’s road back from Hurricane Katrina has not been smooth. Charity Hospital, the grand Art Deco facility that served most of the city’s uninsured population, has been folded into the new, $1.1 billion University Medical Center. Doctors and officials say it’s a change for the better, but the transition has been perceived as a blow to the poor and largely black community for whom Charity Hospital was a familiar institution.

Instead of relying on the Charity emergency room for medical care, many of those people — under a post-Katrina Medicaid waiver program — were expected to visit a new network of 60 community health clinics that have opened over the past decade. But of the 56,000 covered residents, about half haven’t received primary care in the past two years.

The problem, not surprisingly, was that people were used to the old system. They went to Charity with their health problems. And without Charity, they went nowhere. Was the new system better? Hard to say: No one was using it.

This, in a nutshell, is the nightmare of the new urban technocrat. Programs of soft paternalism like soda taxes often run up against personal preferences and spark thorny debates about the government’s role and responsibility. But encouraging access to primary care was hardly a nanny state initiative.

Still, Oliver Wise explains, it was a similar behavioral science problem. “You know going to the doctor is good for you, but because we as human beings discount future benefit, we are far less inclined to seek that preventative care.”

Wise is the director of New Orleans’ Office of Performance and Accountability, a kind of internal consulting shop for the city’s other departments. Mayor Mitch Landrieu founded the OPA in 2011 and set it to measure blight reduction. Over the past 18 months, Wise has extended its work into analytics, bringing the OPA closer to the municipal data hubs that have recently sprung up in Chicago and New York, among other cities.

One of the office’s early data missions was to develop a way to prioritize the distribution and installation of free smoke alarms after a deadly fire in November 2014. New Orleans has 150,000 structures. Which ones should fire department personnel visit first?

To figure it out, OPA devised two models. The first meant to predict which houses would have no smoke alarm, based on available data on a building’s age, residents’ poverty, and how long they had lived there. The second predicted the risk of fire fatality from records of previous fires and Census data on the presence of children or seniors. The New Orleans Fire Department visited homes that scored highly on both models.

Six months after they canvassed Center City, a fire spread in one of the buildings they had visited. Eleven people, including a baby, were able to escape unharmed.

In an attempt to get New Orleans residents to use their free healthcare, Wise teamed up with Elizabeth Linos of the Behavioural Insights Team, a British, public-private entity that troubleshoots interactions between civilians and governments. “If you pinpoint the right part of a process, you can have a disproportionately large impact,” says Linos, the head of research and evaluation at BIT.

“Interactions between civilians and governments” obviously covers a lot of ground, and gives BIT, which bills itself as the first government agency devoted to behavioral science, a remarkably varied purview. So far, the organization has worked on issues as diverse as organ donation, small business growth and mobile phone theft. The goal is to develop a body of consultable research into how process determines results — and to be able to say with certainty what type of messaging, protocol or design will get results.

In New Orleans, BIT split 21,000 would-be patients into three groups and sent three separate models of text messages. The “ego” message implied that the recipient has been “selected” for an appointment. The “simplicity” message was short and to the point. The “social motivation” message, the longest, contained a modest guilt trip.

The three messages had (proportionally) highly variant response rates: “Ego” recipients were twice as likely as “social motivation” recipients to respond affirmatively. “Simplicity” fell in between. People like feeling special. Still, there’s a reason why they call it “nudging” and not “pushing” or “shoving”: No text message solicited a response rate greater than 2 percent.

Wise wasn’t disheartened by the low response rate. For virtually no cost, the experiment had put a few hundred people on the path to doctor’s appointments. “We have a culture of healthcare that’s based on an old model,” he says. “Now we have a new model. It’s going to take a changing culture to make that model work.”