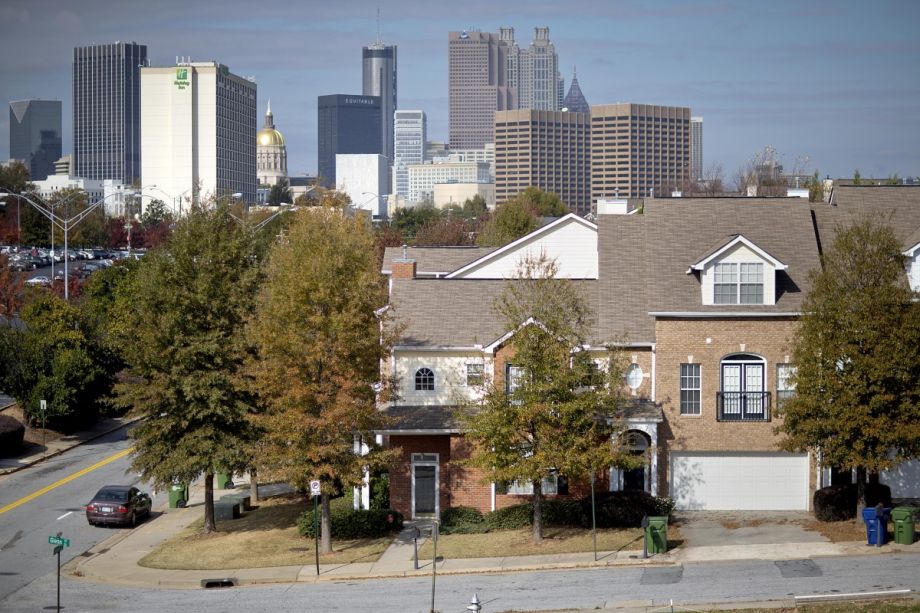 Just over two months after being sworn in, Atlanta Mayor Keisha Lance Bottoms is taking steps to fulfill her campaign promise of investing $1 billion of public and private money in affordable housing and anti-displacement measures.

In a press conference last week, Bottoms announced a new $9 million initiative to offer forgivable loans to Atlanta homeowners to make critical upgrades to their houses. The initiative, called the Heritage Owner-Occupant Rehab Program, is meant to help current residents stay in their homes as the city’s property market changes. With loans capped at $30,000 for most households, the program will prioritize repairs targeting health and safety, energy efficiency, and deferred maintenance. It will also prioritize low-income senior, military veteran, and disabled heads of household, as well as residents who have owned their homes for 15 years or more.

“Building a city for everyone means ensuring that those who have roots in our communities can remain in their homes, remain in these communities, and also live with dignity,” Bottoms said at the press conference. “Through this effort we will keep long-term residents from being pushed out of their homes because of rising property taxes and an inability to maintain their homes.”

The initiative is broken into three programs, overseen by Invest Atlanta, the city’s economic development authority.

A $5 million investment from the city, earmarked as part of a $40 million municipal bond approved by the city council last spring, will make loans of up to $30,000. It is available citywide to owners who have lived in their Atlanta homes for at least five years and households earn no more than 60 percent of area median income, or up to $41,820 for a family of four.

A $2 million program, focused on and funded mostly through a tax increment financing district covering historically disinvested areas on the western edge of downtown and beyond to the west, will make loans of up to $60,000 to homeowners earning up to 80 percent of area median income.

Another $2 million program, funded by a federal Choice Neighborhoods grant as well as City of Atlanta and Atlanta Housing Authority funds, will make loans of up $60,000 for homeowners earning up to 80 percent of area median income in the Ashview Heights and Atlanta University Center neighborhoods.

“The mayor has made it very clear to us that she wants us to fight displacement and provide affordable housing options,” says Eloisa Klementich, the president and CEO of Invest Atlanta. “We feel that one of the ways to fight displacement is to allow people to stay in their homes, which becomes very difficult if your roof is leaking or you have lead paint in your house.”

The loan programs will be administered by a handful of independent organizations, including Synergy Real Estate, House Proud, National Property Institute, Executive Realty Solutions, and Meals on Wheels. They were selected through a competitive process, which according to Klementich, involved considering respondents’ existing relationships with contractors who can perform rehab work, including minority and women contractors.

The application period for loans will open for one month, beginning April 4. Once applicants are approved, program managers will perform an inspection of the house, identify all the work that needs to be done, and prioritize the work based on what the greatest need is and the budget that’s available, says Anita Allgood, a mortgage loan specialist at Invest Atlanta. The program managers will then ask contractors to bid on the work.

Loans will be forgiven after ten years, with ten percent of the loan being forgiven each year. If a homeowner sells the house or moves during that time, the remainder of the loan will come due. The city is also offering to help homeowners sort out tangled title issues, in cases where they’ve inherited the house from a relative who has died or other issues where the owner’s name is not on the title.

“We really cannot come into someone’s home and make repairs if it is not that person’s home,” Allgood says.

Other cities have begun to experiment with forgivable home-repair loan programs as well. In Philadelphia, officials set aside $40 million of an expected $100 million bond issue for repair loans to certain low- and middle-income homeowners. Other low-interest and forgivable rehabilitation loans have been made available in parts of Minnesota and Illinois.

“We are clearly in the early days of addressing the housing need in Atlanta,” says George Burgan, senior director for communications and technology at Atlanta Neighborhood Development Partnership, Inc., a nonprofit group that has developed affordable housing and rehabbed vacant homes in the city. “Folks have been working on housing for decades, but once again the need has spiked, and it will spike if we don’t address it.”

In September, Atlanta Neighborhood Development Partnership released a study showing that for every dollar spent rehabbing homes in Dekalb County, which includes a portion of Atlanta, neighboring home values were lifted by $16. Burgan says that conversations about gentrification in the city were paused during the foreclosure crisis that began a decade ago, but they’ve become urgent again as the city has rebounded.

Even with a multimillion-dollar investment, the home-repair loan programs can only reach so many people. Assuming all three programs loan the max amount to each approved applicant, the effort would fund repairs for just 233 homes. But officials are hopeful that by focusing on affordability from every angle, they can prevent their most deeply rooted residents from being pushed out.

“We think this is the start,” Burgan says.