How a Virginia City Came Together to Build a New Library 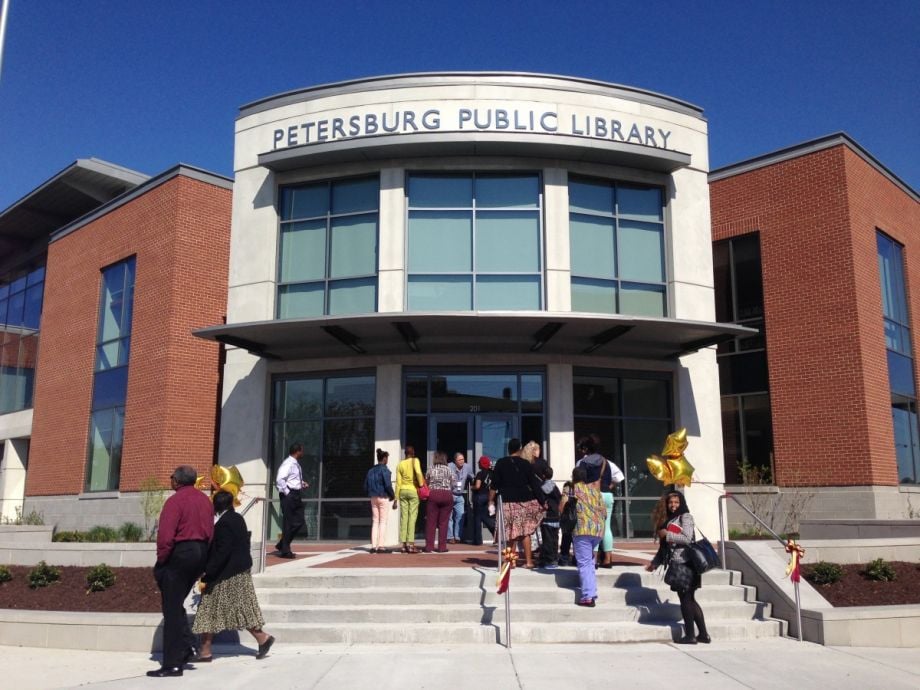 Like a lot of the South’s once-segregated cities, Petersburg, Va., is beset by challenges. A quarter of adults do not have a high school diploma; a third of its high school kids don’t graduate on time; unemployment is high; jobs are scarce; and health problems like diabetes and heart disease are too common. Indeed, in a recent report by the Robert Wood Johnson Foundation and the University of Wisconsin, Petersburg ranked as the least healthy place to live among 131 Virginia communities.

It’s as though the 21st century left Petersburg behind, which is precisely why its magnificent library — and the many others community developers are working to build in hard-pressed cities across the U.S. — is so important to its future. Let me tell you, this is not your mama’s library, where borrowed books were the sole commodity and children were promptly shushed.

This is nothing less than a one-stop repository of knowledge and services.

Sixty modern computers offer free Internet connection, which means the chance to apply for a job at Target, a local supermarket or countless other places that only accept applications online. A partnership with the state health department and Virginia Commonwealth University Medical Center offers referrals and information on how to live a healthier life. The READ Center promises to help 1,600 adults earn a high school diploma. An SBA Small Business Development Center teaches would-be entrepreneurs how to start. There are reading nooks, a storytelling stage, a teen center, an “Imagination Station,” a special entrance for school buses and even a gift shop and coffee bar, much like Barnes & Noble, with all proceeds going back into library resources.

I work for a national non-profit that has spent 30 years finding ways to transform low-income neighborhoods, and I’ve seen how libraries have helped revive communities from New York to the Twin Cities.

Sometimes I wonder who rescued whom? When the Internet exploded with technology that put encyclopedias at our fingertips and War and Peace on a Kindle, many feared the local library would go the way of the phone booth.

The truth is libraries have evolved to meet the needs of a 21st-century world, holding to their venerable roam-the-stacks tradition while moving into the electronics future. They remain beloved.

The Pew Research Center recently reported that younger Americans, 16 to 29, are just as likely to be library users as those who are older; and while 10 percent of Americans have never used one, they think libraries are good for their communities.

But in low-income neighborhoods, the library occupies an even more sacred space and fills a more fundamental need as a portal to knowledge for people who are without access. We know knowledge is power, and at the library, knowledge is free. Within its walls, low-income residents have a chance to level the playing field, to find a job, research their medical needs, or simply spend some time in a safe and quiet place reading to their children.

Creating libraries like my library in Petersburg, 10 years in the planning, takes a lot of creative effort from all corners of society. We used federal tax credits, private investment, grants from private philanthropists, and local government resources, not to mention the grassroots fundraising that came from our community itself. Schoolchildren saved their pennies, families purchased bricks, and churches held bake sales.

In places like Petersburg, the new public library is anything but an anachronism. Its parking lot is filled, its computers occupied. The children’s center hums. Indeed, residents have embraced their new library in ways that surpassed all expectations. Just consider the library cards: 590 were issued in May 2013. One year later, a month after the opening, there were 4,500.

Why? Because libraries continue to hold a special place even in our digitized hearts. They have evolved to claim their real estate in a modern world. And nowhere are they more sorely needed or appreciated than in communities like Petersburg, eagerly awaiting the chance to claim their rightful place in the 21st century.