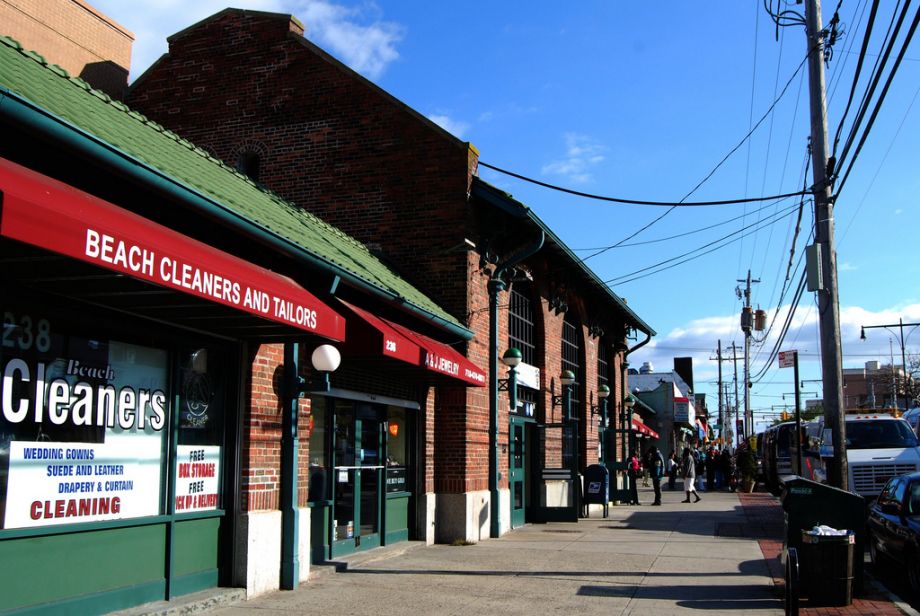 New zoning regulations will make it possible for waterfront communities like Rockaway to raise their structures to comply with new FEMA flood standards. Photo credit: Paul Lowry via Flickr

The new regulations, which were passed into law in October, tweak the city’s zoning code to allow property owners to comply with new FEMA flood standards. The new standards will mean significant design changes to structures in flood-prone areas. But they also attempt to balance the need for flood-proofing with the desire to preserve street-level activity and neighborhood character.

The most obvious change is a rethinking of the way building heights are measured. When it comes to zoning, New York measures building heights from different “zero points” depending on which district you’re in. But none of the districts used a zero point that allowed for a significant buffer (called “freeboard” in zoning parlance) above the base flood elevation.

This created a disincentive for property owners to build above the flood line – if they were to elevate their buildings to base flood elevation plus the freeboard encouraged by FEMA’s National Flood Insurance Program, they would quickly butt up against local height restrictions intended to keep the character of neighborhoods consistent.

The new zoning law aims to correct that. Under the new regulations, building height in flood-prone areas will now be measured from the elevation of the lowest habitable floor, which must be built above the base flood elevation plus two feet of freeboard. Practically speaking, that means some of New York’s waterfront neighborhoods will soon see a lot more elevated houses, with storage or parking on the ground floor, and storm-ready foundations capable of withstanding significant flooding.

Of course, such changes risk ruining a neighborhood’s urban streetscape. Elevated first floors can lead to uninviting and even dangerous streets that clash with the human-scale design New York is known for. These dueling concerns of safety and good urbanism played out in 2005 when the bottom levels of the new World Trade Center were reconfigured as “a concrete and steel pedestal” at the NYPD’s request. Many were unhappy with the new design’s imposing, fortress-like walls, and questioned whether the additional security was worth the sacrifice made to street-level life around the area.

To avoid a similar conflict, the scintillatingly named Flood Resilience Text Amendment specifies circumstances in which plantings porches, and stair-direction changes will be allowed – and in some instance mandated – to mitigate the visual impact of a raised first floor. “One inevitable result of the new FEMA requirements is that there will be less ground-floor activity in elevated homes,” says Howard Slatkin, the Department of City Planning’s Director of Strategic Planning and Sustainability. “Our new zoning will bring improvements to ground floors – landscaping, stairs that break the visual monotony, porches that stimulate some of the activity you’d otherwise get. Our neighborhoods should not just be able to withstand storms, but also to maintain their vibrant street life.”

The new zoning laws don’t exclusively focus on small residential construction. There is also language that makes it easier for larger buildings to elevate their lowest habitable floor using setback exterior stairs or small flights of interior stairs. Under the previous rubric, these sorts of design touches were challenging, expensive and tacitly discouraged. Now they are encouraged and in some cases mandatory.

“On commercial corridors you may also see more buildings equipped with deployable and/or removable flood gates,” Slatkin said. “Those are the result of a broadly coordinated collaborative effort with DOB [Department of Buildings], DOT [Department of Transportation] and other agencies. There are a lot of considerations that go into getting something like that installed, and the city has made it a lot easier.”

Some of these new regulations, particularly the ones governing residential construction in the hardest hit areas, were initially seen as heavy-handed bureaucracy making life tougher for an already overwhelmed population. “If this [zoning] goes through, it’ll be a barren wasteland,” a local community board chairperson told the Queens Gazette in July, referring to neighborhoods like Breezy Point and the Rockaways.

Now, however, as new FEMA flood maps and National Flood Insurance Program mandates have gone into place, the zoning amendments have been welcomed and widely praised. “The text changes are an important step to encourage flood-resilient construction, enable compliance with updated FEMA guidance, accommodate flood zone restrictions on ground floor use, and improve the visual character of the flood zone’s streetscape,” the Citizens Housing Planning Council said in a statement.

The Department of City Planning isn’t resting on its laurels, though. In the coming months, they’ll go back to many of the communities that were hardest hit by Hurricane Sandy –and many of the ones that first bristled at the introduction of new zoning requirements – and begin what they’re calling the “Resilient Neighborhoods Initiative.”

“We’re going to help individual communities in the flood zone look at questions of land use, zoning and development with a new understanding of coastal and other risks,” says Slatkin. “This means working with them to make sure zoning allows buildings to adapt in the right way, for instance. In each neighborhood we’ll also work with all other the other key agencies on issues like coastal protection, infrastructure, and insurance to identify strategies that work for the community now and on into the future.”