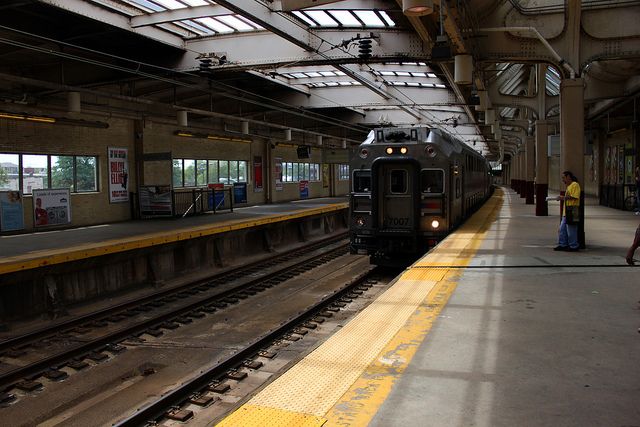 In 2011, Panasonic received $102.4 million in tax credits from the state of New Jersey to move its North American headquarters nine miles (yes, nine miles) from Secaucus to Newark, thanks to an Urban Transit Hub tax credit program put in place during former governor Jon Corzine’s regime.

You may ask, ‘is this just a big handout?’ Why, yes. Yes it is. Though it seems like a progressive idea — let’s lure companies closer to transit centers to cut down on sprawl and make more jobs easily accessible — it’s just another example of governments creating more subsidies instead of fixing existing programs.

“The average state authority has more than 30 different economic development incentive programs on the books,” said Greg LeRoy, executive director of Good Jobs First, a policy center that promotes accountability in economic development. “So don’t create some new subsidy that you think is going to get you this new high and noble purpose. Go back and fix the rules of existing programs.”

New Jersey’s corporate incentive programs are going through an overhaul in Trenton right now. But though the transit hub credit is on the chopping block in the capital — legislation passed in the state Assembly on Sunday to merge five incentive programs into two — LeRoy seemed doubtful that it would get the axe. It still has to be passed in the Senate and it’s unclear what structure the streamlining of programs will take. For all we know, New Jersey could still handout big transit hub credits as part of the Economic Redevelopment and Growth Grant or the Grow New Jersey Assistance Program, the two surviving programs in the bill.

Yet isn’t there a better way to encourage businesses to embrace transit than doling out literally hundreds of millions in credits to big corporations like Panasonic and life insurance giant Prudential? Sure, two big companies might increase the odds that other companies will follow. But Panasonic moving out of Secaucus to set up shop in Newark — which, FYI, opens July 19 — doesn’t necessarily make much difference in the big picture. Instead of bringing people, jobs and tax revenue to Secaucus, Panasonic is taking those things down the road to Newark. No new jobs are being created. As part of the incentive, Panasonic must create 250 new jobs, which can include preserving jobs that were at risk of leaving New Jersey. There is no guarantee that fewer people are driving in. It’s simply a case of Newark winning, Secaucus losing and taxpayers covering the bill on shiny new toy and a nicely wrapped press release about revitalization.

Of course, not everyone agrees. Chris Sturm, senior director of state policy at New Jersey Future, a non-profit that promotes responsible land use policies, said the program has achieved what it set out to do.

“The overall program has definitely succeeded in attracting investment to depressed locations in a way that’s transforming the market, so that private investment is now much more likely to happen,” Sturm said, citing Newark and New Brunswick as good models. “We considered it smart. We believe that the strongest future locations for employment in New Jersey are in cities in walkable downtown locations that are served by transit.”

LeRoy, for what it’s worth, sees no problem with some sort of incentive for businesses near transit hubs. It just has to make a modicum of financial sense. When I asked him how New Jersey — a state, he said, that’s “one of the most troubled states in terms of excessive spending and ineffective spending for economic development” — could encourage businesses to move closer to transit hubs without creating a program just for that, he offered a few different options:

Fix your TIF [Tax Increment Financing] program so that it’s really restricted to areas that need help. Fix your property tax program. We think one of the best metrics as a fix is proximity to transit. And obviously that checks a lot of boxes, right? Because you’re creating economic opportunity for people who don’t have cars, you’re reducing vehicle miles travelled and therefore air quality and climate change, you’re giving more people a way to get to work, you’re enhancing land values and property tax base around transit quarters. What’s not to like about all those boxes? So we think that eligibility for existing programs should just be narrowed and tightened.

Well, the New Jersey Economic Development Authority has other ideas. It calls the transit hub tax credit, which has approved $1.1 billion in credits since its 2007 inception, a “powerful financial tool [that] is designed to spur private capital investment, business development and employment by providing tax credits for businesses planning a large expansion or relocating to a designated transit hub located within one of nine New Jersey urban municipalities.”

Why take a long, hard look at the mess you’ve made with your existing incentive programs, when you can just build a new, powerful tool?