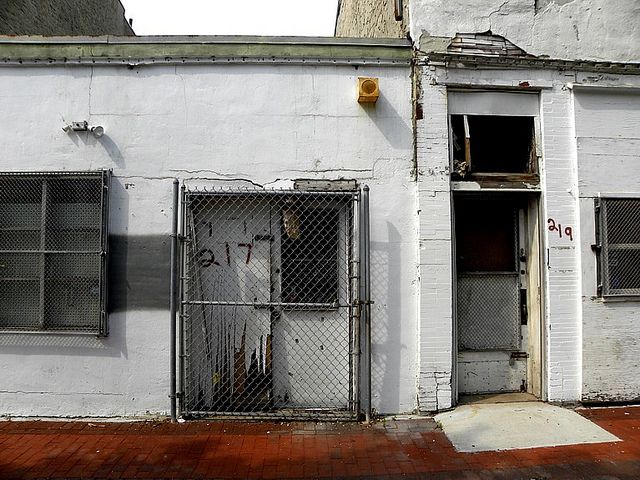 Camden, where less than 1 percent of hospital patients rack up 30 percent of health care costs, stands to benefit from the new legislation. Credit: Todd Mecklem

The Innovation Act will seek money from private investors and foundations for public programs that will reduce the cost of health care, especially for those who frequent emergency rooms because they do not have insurance. “We have issues of lots of folks going to the ER, and it’s costing millions and millions of dollars to the taxpayers,” Fuentes told me.

New Jersey’s Economic Development Authority will oversee the program, which should have a large impact in cities with concentrated poverty like Camden and Newark. Research has found that less than 1 percent of patients in Camden hospitals rack up 30 percent of area health care costs.

Social impact bonds — sometimes called social innovative financing or pay-for-success programs — are such a smart policy concept, it’s a surprise other municipalities and states haven’t followed suit. But Massachusetts, New York and New Jersey owe a debt to the U.K., where Prime Minister David Cameron put it to use in 2011 for rehab program in a prison.

It’s quite simple: Private investors, non-profits and foundations put up the cash for a new program — health care, in New Jersey’s case — and oversee it for a specified number of years, with heavy governmental oversight and goals. If the investors meet these goals, the government pays them back. If they don’t, they’re not repaid.

In a way, it saves taxpayer dollars from experimenting on new programs. Rather than sink public money into a program that might not pan out, local and state governments solicit private investment. If it works out, it still costs the taxpayer, sure. But the key is that it reduces the risk for taxpayer money while allowing the government to experiment with programs that might not otherwise be financially viable.

Fuentes told me he has “every confidence” the program will be a success. If that’s the case, he could see it working for other policy initiatives. “Recidivism or job training,” he gave as an example. “It could be for housing. It could be for homeless prevention. It could be for youth programs that have to do with truancy or dropouts — social issues that effect us in the state of New Jersey.”