Can a Glossy Website Convince People to Buy New Haven Homes? – Next City 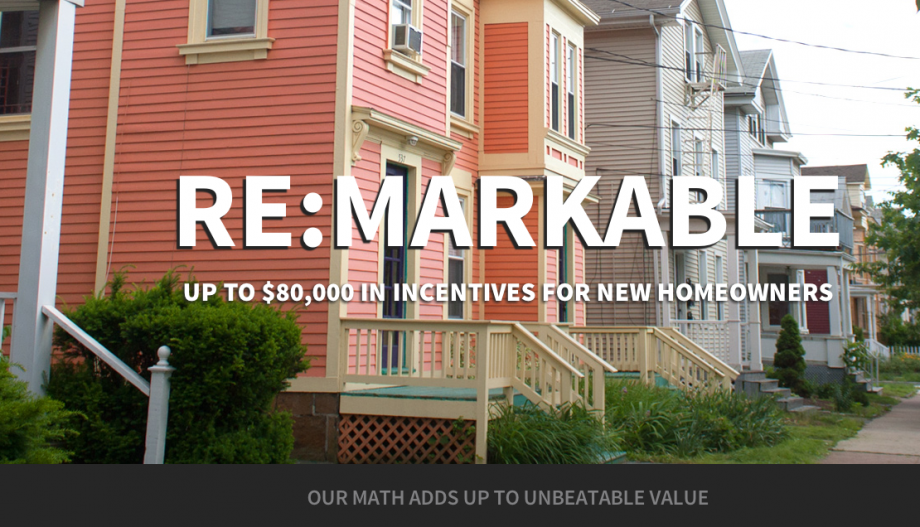 If you want people to buy houses in your city, there is one simple way to make the proposition more lucrative: Offer prospective buyers massive discounts. At least that’s what New Haven’s Livable City Initiative, the city’s housing agency, is hoping.

Last month, the city launched RE: New Haven, a promotional program that hopes to increase the city’s homeownership rate, which currently hovers between 32 and 34 percent. They’ve plastered billboards along I-91 and I-95 and put ads on Metro North trains. The housing incentives have existed for years, but this new full-court press aims to get more people to move to New Haven and retain the residents who are already there. They’ve swapped out the city’s dusty old website with little resources for a flashy new web portal.

“Look, we have a lot of multi-family residential development going on, and we have a very active housing authority, but we haven’t done a lot for homeowners,” Erik Johnson, head of the Livable City Initiative, told me. “And the way that federal and sometimes state subsidies work, we didn’t really have any working- and middle-class programs to try and say, ‘Hey we want you to be part of our city.’’”

It’s a program with its sights set on social equity. They want lower- and middle-income families to have a stake in the community. The incentives? First-time homeowners can snag a $10,000 loan from the city for a down payment. If you stay for five years, the loan is 100 percent forgivable. City employees — that includes everyone from teachers to firefighters — and military families are eligible for an additional $2,500.

Find yourself a nice fixer-upper? RE: New Haven can help with that. The program offers loans topping out at $30,000 for renovations. And if you stick around town for 10 years, it’s also 100 percent forgivable. (Forgivable loans help to scare away house flippers, who might be interested in buying a house and selling it quickly for a profit.)

In addition to the housing program, RE: New Haven is sinking its claws into education. The program will pay tuition to in-state college for graduates of the city’s public schools. The program is touting itself as upwards of $80,000 in incentives to buy and live in New Haven. Come to New Haven, lay down your roots — here’s a little extra cash for your troubles. The program, according to the New Haven Independent is being funded by $3 million in state and federal funds.

New Haven isn’t the first city to try luring residents to town with incentives. Since 2011, Live Midtown has attracted more than 1,600 people — some buyers and some renters, the organization did not specify the ratio when we asked — to Detroit as part of a similar program. Employees of Henry Ford Health, Wayne State University and the Detroit Medical Center have taken advantage of forgivable loans up to $20,000 and rental allowances of $2,500 to live in the same neighborhood as their employers. The program has been such a success in its first three years that they expanded the borders for purchasing and renting.

Up to now, New Haven’s homebuyer assistance program hasn’t as successful. Did residents not know about it? It’s a pretty lucrative program, but apparently it necessitates a splashy new ad campaign to make it viable. I remain skeptical that billboards and a shiny new website can actually convince people to come out of the woodwork and buy houses. But perhaps some needling can help.

Johnson is certainly betting on it. The rebranded RE: New Haven hasn’t had its first purchase yet, but Johnson was bullish on the program when I asked him if this new push can actually work.

“Seeing is believing. And once people see that you’re giving this money away and it’s on billboards and that the city has really put the resource behind it, people want to work with us,” he said. “And if it leads to 100 new homeowners in the first year, I would call it a success.”