NYC’s Newest Big Park Will Open Ahead of Schedule 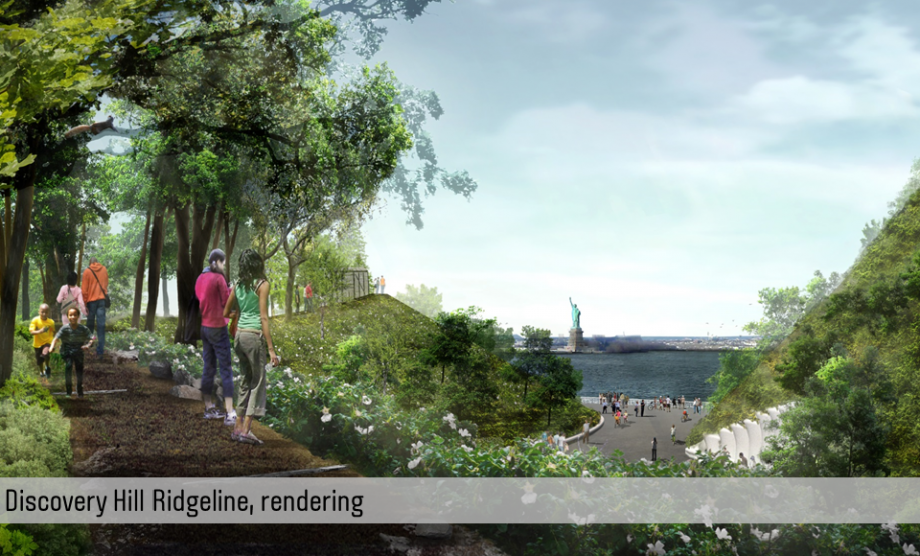 This year, the most striking addition to New York City’s skyline may not be high-rises but rather hills, as the city’s newest park opens on Governors Island.

The Hills on Governors Island will welcome visitors this summer — nearly a year ahead of schedule, it was announced last week — and add 10 acres of green space to the city, largely in the form of four artificial hills. Made of recycled construction debris and clean fill, the hills rise as high as 70 feet above the island, providing views of the Statue of Liberty, downtown Manhattan, Brooklyn and the New York Harbor. An unseasonably warm fall contributed to faster-than-expected construction times.

Slide Hill features four slides, one of which, at 40 feet tall, is the longest in the city. Discovery Hill will be home to a permanent site-specific sculpture by artist Rachel Whiteread. With the park’s completion, the popular Picnic Point and a 2.2-mile-long promenade around the island’s perimeter will also reopen to the public.

The Hills represents the culmination of the Governors Island Park and Public Space Master Plan, which, led by landscape architects West 8, has been transforming the once-inaccessible island into a recreation destination for the past 10 years.

The foundation of the plan, according to the firm’s website, is “transformation through topography, in the tradition of Prospect and Central parks.”

The first 30 acres of new parkland completed under the Master Plan opened to the public in 2014. These included a six-acre plaza, a 14-acre play lawn with two baseball fields, and Hammock Grove, home to 50 hammocks and 1,500 new trees.

Governors Island is only 800 yards from the tip of Manhattan, but is not zoned for residential housing, and had been used primarily by the U.S. Army and Coast Guard for most of its modern life. After George W. Bush designated 22 acres of the north Island as a National Monument in 2003, the park opened to the public for the first time. Visitors reach the island by a free ferry from Manhattan or Brooklyn. This summer, Governors Island will be open from May 28 through Sep. 25.