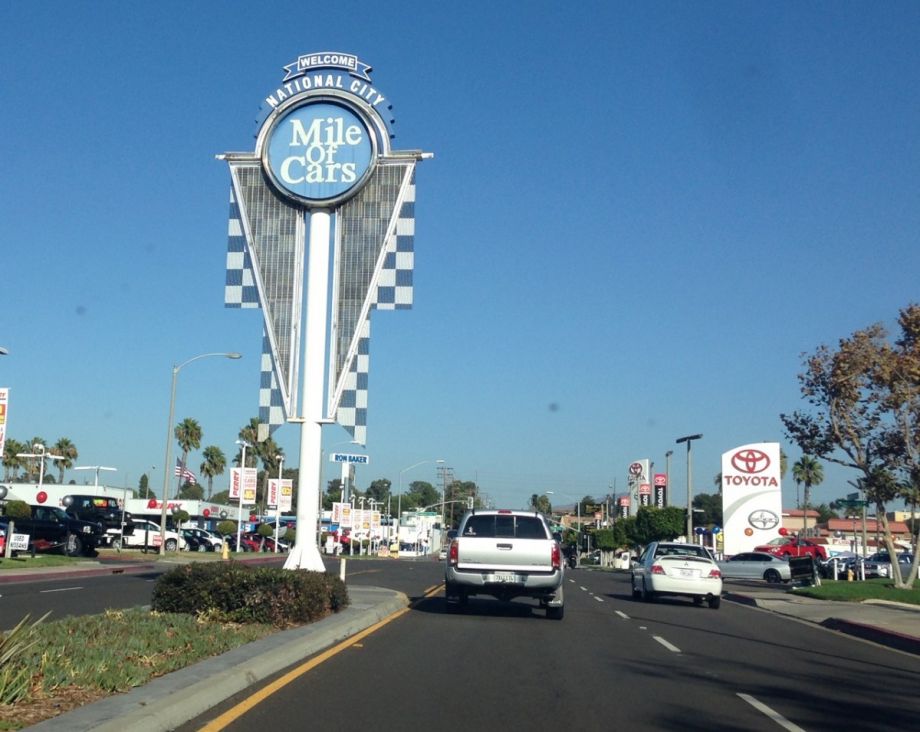 National City, California, which sits just 11 miles north of the U.S.-Mexico border in San Diego County, is characterized more by industrial brownfield sites and sky-high asthma rates than the region’s iconic palm trees and sandy beaches. With demographics that skew low-income and high-minority, two freeways that slice through the metro within several thousand feet of each other, more fast food restaurants than grocery stores, and a port of entry cutting residents off from their waterfront, it’s a textbook example of how land use policies can cement historic health inequities and stymie civil rights.

But National City was also the first city in California to pioneer an innovative environmental justice policy recently mandated for all municipalities throughout the state. SB 1000, approved by Governor Jerry Brown last September, requires that cities consider environmental justice in their planning process — formally, that they create environmental justice “elements,” much like housing elements — as part of their general plan. Spurred in part by childhood asthma rates nearly 60 percent higher than the county average, as well as high numbers of diabetes- and coronary heart disease-related deaths, National City residents began pushing for such an element in 2005. Their success is laid out in a toolkit and guide of best practices released this month by the California Environmental Justice Alliance (CEJA), which co-sponsored SB 1000.

The city adopted its environmental justice element in 2012, five years before Brown signed anything into law. Carolina Martínez is associate director of policy at the National City-based Environmental Health Coalition, and she says that the idea originated among community members, not elected officials, and that, in fact, it was the grassroots nature of the process that made it possible in the first place.

“When we originally came forward to council meetings and planning staff, [we saw that] they didn’t necessarily have the tools or the imagination to think of solutions because they were operating in the status quo,” Martínez says. “When you integrate community members who may not have been planners for 10 or 20 years or may not have had access to higher education into the planning process, it creates room for things to be solved in different ways.”

The document that emerged calls for a comprehensive overhaul of business-as-usual zoning, which had allowed auto services, manufacturing centers and warehouses to be mixed with residential neighborhoods. It prioritizes more compact, mixed-use development to foster affordable housing and sync up with public transit; calls for the cleanup of contaminated brownfield sites; directs the city to distribute parks more evenly through neighborhoods; and directs future officials to avoid siting new “sensitive land uses,” like schools and parks, within 500 feet of the centerline of a freeway — unless such a development “contributes to smart growth, open space, or transit-oriented goals.”

But the grassroots zeal for environmental justice that made National City’s update possible isn’t shared by every California city — especially because planning for health equity often means planning for more housing, which can be a tough sell in the density-averse state. And the broader state law overseeing general plan updates is famously light on enforcement.

In 2013, the Orange County Register reported that as many as half of all cities in the state had outdated general plans, meaning that the process through which cities are supposed to consider and mitigate local environmental injustices is, often, just not done. And parts of the plan update process, like the housing element (which requires cities to plan for their “fair share” of growth according to regional estimates) can be politically unpopular. In some cases, that local NIMBYism results in the active obstruction of the update process, which opens cities up to litigation but not much else.

Tiffany Eng, a program manager with CEJA, says that there may be possibilities to enforce certain aspects of a general plan if they overlap with other state or federal policies that are enforceable.

“It’s mostly locally enforced through litigation or community pressure,” she says. “General plans — they’re guidance, they’re visionary, there’s not a lot of enforcement, although I think that going forward the attorney general might get more involved.”

But if there is enough political goodwill locally that an element is created, there are certain things communities can do to make sure policy translates into actual changes in the built environment, Eng says.

“Besides making sure that community voices and visions are the center of all planning processes (which is crucial), it’s also important to include stronger language within the EJ Element (or within EJ policies and objectives)” she writes in an email. “Including stronger language could mean using words such as ‘must,’ ‘required,’ and ‘restricted’ when designing General Plan policies and objectives, that would make a local jurisdiction more likely to abide by the plan’s guidance.”

For now, National City’s experience, as well as the other case studies CEJA highlights from Fresno, Jurupa Valley, the Los Angeles region and Richmond, serve as instructive and inspiring examples for other cities hoping to tackle local health inequities. CEJA’s toolkit also helps cities identify disadvantaged areas in their own jurisdictions, understand the requirements of SB 1000 and locate funding sources. It will no doubt be very helpful for California cities — at least the ones that don’t ignore or willfully obstruct state law.