IKEA-Like Fence Is Protecting Some Urban Real Estate From Flooding 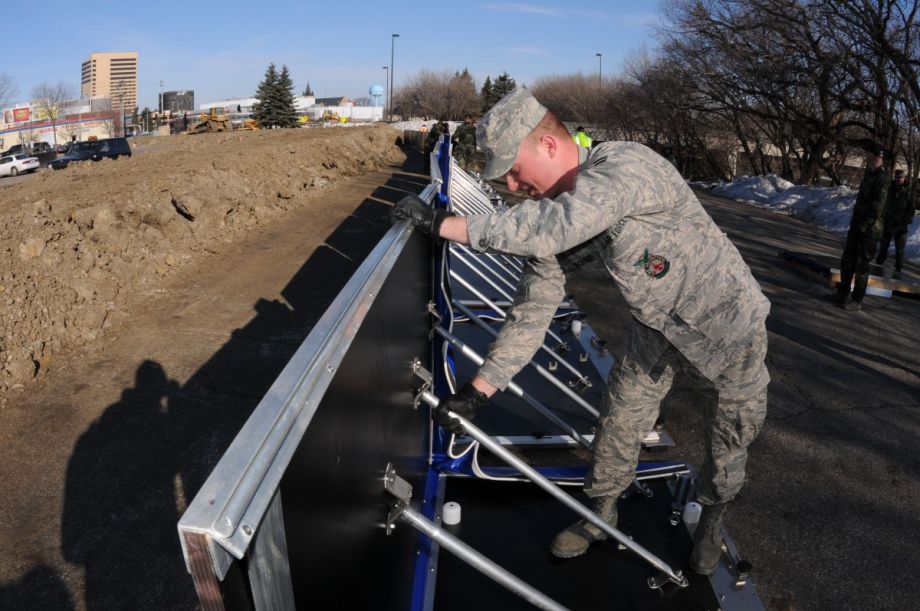 Sandbags were no match for Hurricane Sandy, and they’re unlikely to do much in the face of rising sea levels predicted for coastal U.S. cities.

Bryan Koop, vice president of Boston Properties, one of the country’s largest owners and developers of office buildings, recently made his feelings very clear about the paltry anti-flood measure, telling Marketplace: “Sandbags! I’m pretty sure those were around when the Romans were building buildings.”

His company turned to AquaFence for a more resilient solution. According to Marketplace:

Boston Properties installed an AquaFence system around its signature property, Atlantic Wharf, which sits adjacent to the Boston Harbor. There’s no sign of anything different with the building until a storm approaches. When one does, a few workers pull out the AquaFence’s Ikea-like interchangeable parts from where they’re stored under the building’s parking lot.

AquaFence Director Adam Goldberg says his systems have been through floods multiple times successfully, citing 50 in use in the U.S. and 20 abroad.

“There was minor interest before,” Goldberg told The Observer. “Since Sandy, sales have increased by 100 percent.”

The recent Marketplace report focused mainly on private sector contracts, but Goldberg says the company is in talks with many municipalities on ways to improve their flood protection. (He notes that government projects don’t happen as fast as ones in the private real estate industry.) According to The Observer, AquaFence protects more than $10 billion worth of real estate and public utilities.

“Business is growing quite well over the last few years. Right now it’s mostly for privately owned properties, like the work we’ve been doing in Boston and New York. Developers like AquaFence because it’s cost-effective and they can move quickly,” Golberg says. “We certainly expect to have more government federal projects in the future, but anytime you’re dealing with federal funds there’s a backlog.”

The company has worked with cities before. Fargo used AquaFence in 2010 and 2011 to protect from extreme flooding. Goldberg says when they deal with cities, funding is often a mix of state and private. Indeed, many cities are looking for better ways to pay for more resilient infrastructure, including issuing “green bonds.” As Rachel Kaufman recently reported for Next City in “Here’s How Hoboken Could Pay for a Giant Anti-Flooding Bathtub,” a new insurance product that could help foot the bill is being tested.