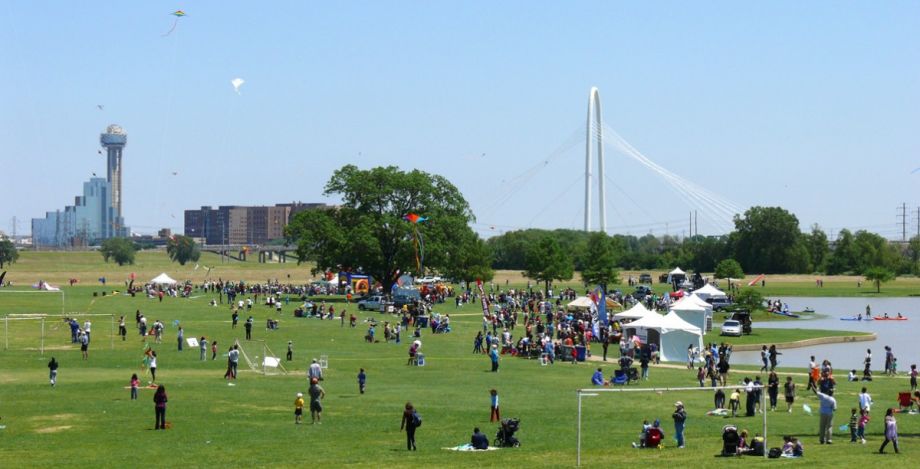 You may have heard that the 2014 New Cities Summit is coming to Dallas. Today, the foundation announced its theme: “Re-imagining Cities: Transforming the 21st Century Metropolis.” One thousand people will gather for the invite-only summit from June 17-19.

The New Cities Foundation, a non-profit that promotes urban innovation, heads to a different city each year, rotating by continent. Previous editions have been held in Paris and São Paulo, and this marks the first time the summit will take place in North America. Executive Director Mathieu Lefevre says the “energy” in Dallas won him over.

“The city leadership is very open and very aware of the global playing field on which Dallas is evolving,” Lefevre says. “They’re really open-minded about looking for the best ideas.”

Observers in recent years have noticed a transition in Dallas. Next City columnist Sarah Goodyear wrote on Grist in 2011 that younger urbanists in the city were “working both with government and outside of it to take ownership of the places where they live and make them better now.”

This forward-thinking attitude was the inspiration for this year’s theme, Lefevre says. As the foundation plans for a new summit, it examines the host city “to see what the local story is and see how that connects the global narrative.” In Dallas’ case, the focus was the desire the reinvent itself and become a more competitive city in the future.

In October 2012, the city backed a $5 million rebranding campaign called “Big Things Happen Here.” The chief executive of the Dallas Convention & Visitors Bureau told reporters it was an effort to cast the city as a place “where optimism meets opportunity.”

“The unit of economic tussle is the city now,” Lefevre says. A century ago, he adds, that unit may have been the nation. But this is no longer the case, which makes Dallas’ willingness to position itself all the more timely.

“I think cities that are even 1,000 years old need to extract themselves from their current reality and dream again,” Lefevre says.

The summit will be held in the Dallas Arts District, which spans 20 city blocks. The calendar of events features talks by experts from a variety of fields, including civic tech, governance, health care and transportation. Directly following the summit, Dallas will host the 82nd U.S. Conference of Mayors.

New Cities will start the conversation about reimagining cities on Twitter this Wednesday. The Twitter chat will begin at 11am EST. Participants include Catherine Cuellar, executive director of Dallas Art District, Lily Liu, co-founder of Public Stuff, John Macomber, a senior lecturer at Harvard Business School, and Simon Kuper, a columnist at the Financial Times. You can follow the conversation at @newcitiesfound. Next City will participate, too. Share your thoughts with us @NextCityOrg.