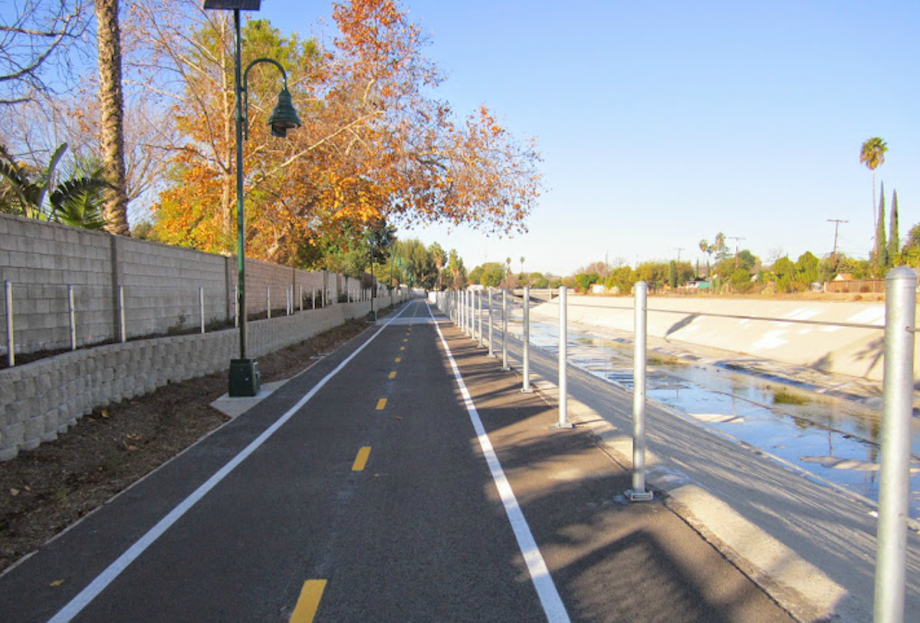 San Diego may need $1.5 billion over the next five years to maintain and improve its sewer system. The Bay Area’s BART system is looking to build a second Transbay Tube to alleviate demand (and San Francisco Mayor Ed Lee is on board). The entire state may need up to $750 billion in the next 10 years for infrastructure repair and expansion. Now California has a law that may make financing these large projects easier for cities.

SB 628, which went into effect on January 1st, allows cities and counties to create “enhanced infrastructure financing districts,” a financing tool that lets cities capture property tax increases that would otherwise go to the state to fund infrastructure projects. (What makes them “enhanced” is that the EIFDs can support more than strictly infrastructure, like brownfield restoration and low- to moderate-income housing.)

An ambitious proposal to revitalize miles of the Los Angeles River downtown may be the first project to use the new tool.

Even before the bill was signed by Governor Jerry Brown, says L.A. Councilmember Mitch O’Farrell, who represents the city’s 13th District and chairs the Arts, Parks, Health, Aging and L.A. River Committee, “I introduced a motion to study the feasibility of establishing the first EIFD in the city … many of us have really been waiting for a tool like this.”

Thirty-two miles of the 51-mile-long Los Angeles River run through the city of L.A. For decades — but especially in the past 10 years or so — the city, county and U.S. Army Corps of Engineers have been figuring out how to turn the polluted, trashy concrete ditch running through downtown into an amenity. The master plan calls for parks and bike paths, habitat for animals, and the economic revitalization that will likely follow. (The plan estimates up to $5.4 billion in new development and 18,000 new jobs.)

O’Farrell, who worked on the project under then-Councilmember Eric Garcetti, says that the EIFD offers several advantages. It’s a dedicated, unified funding stream, not “a grant here, a subsidy there.” It’s reliable. “What I’m interested in doing is establishing a permanent revenue source for improvements,” he says. “We’ve invested millions in this master plan, we have staff devoted to the river. We have city, county, state and federal investments on the L.A. River, but none of it is enough for what we really want to achieve.” And finally, it’s more flexible than other funding tools. “It’s more broad in terms of infrastructure improvements … it’s for things for public use.”

The EIFD project isn’t far enough along to offer specifics, but in general, the city would declare that buildings in an area set for revitalization, as their values rise, would pay the increases in their property taxes to the EIFD, which could then spend the money on improvements that would have the side effect of increasing property values further. (The EIFD law also has a few other funding mechanisms; its flexibility is one of its key advantages, supporters say.) “That way, people who live along the river, who do business along the river, who own property along the river can benefit from being here,” O’Farrell says.

O’Farrell adds that when the EIFD gets off the ground, it “will be one significant step in the years long effort to make something happen. We have all these beautiful visions of what the river can look like … but without a source of revenue, none of it can ever happen.”

Fred Silva, a fiscal policy adviser who helped to craft the legislation, says that the EIFD law is intended for exactly projects like this — but also to help address California’s looming $750 billion infrastructure challenge statewide. (Silva is at California Forward, a bipartisan organization dedicated to state government reform.)

“There isn’t a ton of money” at the state level to do this, he says. Besides, California’s infrastructure woes aren’t “a statewide problem. It is a regional problem and a local problem,” just one that’s happening pretty much all over California at the same time. “We’ve made an error in the assumption that, ‘Gee, the state should just raise taxes and put money out there’ … because the state is not going to do that.

If the law has any critics, it’d be those who wanted to see California’s community redevelopment agencies, dissolved during the state’s budget crisis, returned. Silva says that the new EIFD tool is actually broader than the old CRAs, since it can be used for housing or infrastructure.

“The need in the Santa Ana basin is one need,” he says, “the need in the north San Francisco Bay is different. It needs to be financed where the problem exists.”