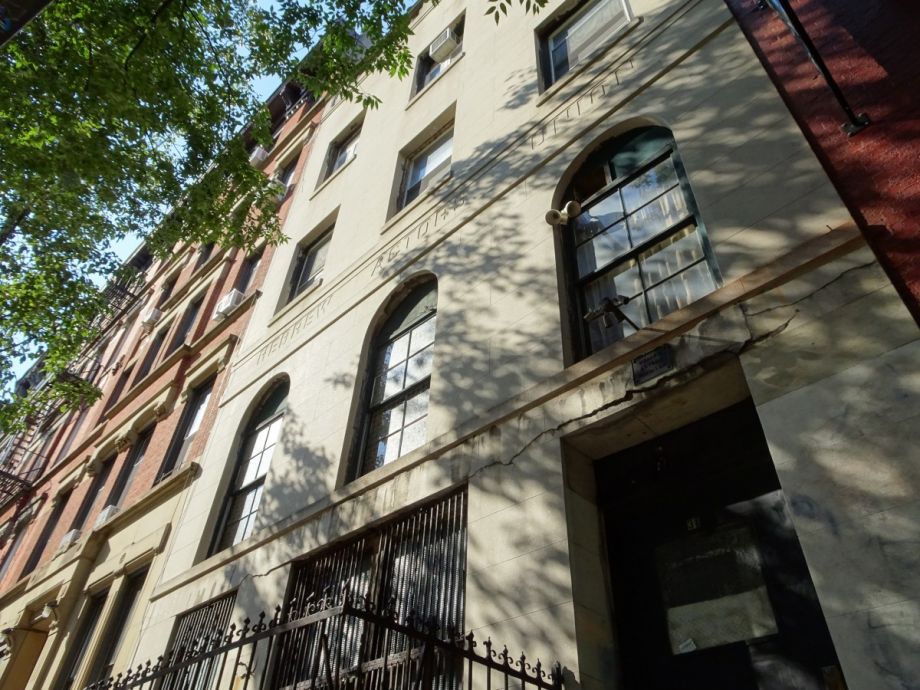 The Hebrew Actors’ Union was the first performing arts union in the United States, founded in 1897. It lives on today, as the Hebrew Actors’ Foundation (HAF), continuing to support the Yiddish theater community. They’re currently planning to convert their historic headquarters, at 31 East 7th Street, into a museum and modern community theater. They own the building outright, and their original name is written in stone across the building facade. But that hasn’t stopped the city of New York from attempting to mistakenly sell the building out from under them.

“We were on the lien sale list for the last three years,” said HAF Co-president Hy Wolfe, at a rally last week on the steps of City Hall, organized by the Community Development Project of the Urban Justice Center and 596 Acres.

Wolfe spoke alongside Public Advocate Letitia James, and Council Members Antonio Reynoso and Ben Kallos in support of a new city council bill that would prevent nonprofit-owned property from getting caught up in the city’s annual tax lien sale, exposing nonprofits to unnecessary foreclosure and loss of their properties, and often bankruptcy.

Every year, the city of New York sells debt from severely delinquent property, water and sewer taxes. Private investors buy the debt from the city, and typically initiate a foreclosure to settle the debt; for cash-strapped nonprofits, foreclosure is essentially the only option if they get put into that position. But nonprofit organizations are technically exempt from paying city taxes. It wasn’t an issue until a change in 2012 that requires nonprofits to renew their city tax exemptions on an annual basis. The change led to many nonprofits suddenly getting bills and piling up debt they’ve never had to worry about before.

This year was the first time that the city released a list of nonprofit-owned property caught up in the sale. Many are houses of worship.

“Selling the tax lien means the rich will continue to get rich, the city will lose its churches, charities, open spaces and affordable housing,” added James. “By passing this legislation we’ll be making a statement that New Yorkers choose culture and community organizations over corporations.”

James also introduced another bill earlier this year that would begin the process of establishing a preservation trust, which would purchase tax liens on residential properties for the purpose of preserving or creating affordable housing at such properties.

“I’ll be honest, we’ve got $85.2 billion, we don’t need to be selling 5,000 liens,” added Kallos, who vice chairs the Council’s Progressive Caucus.