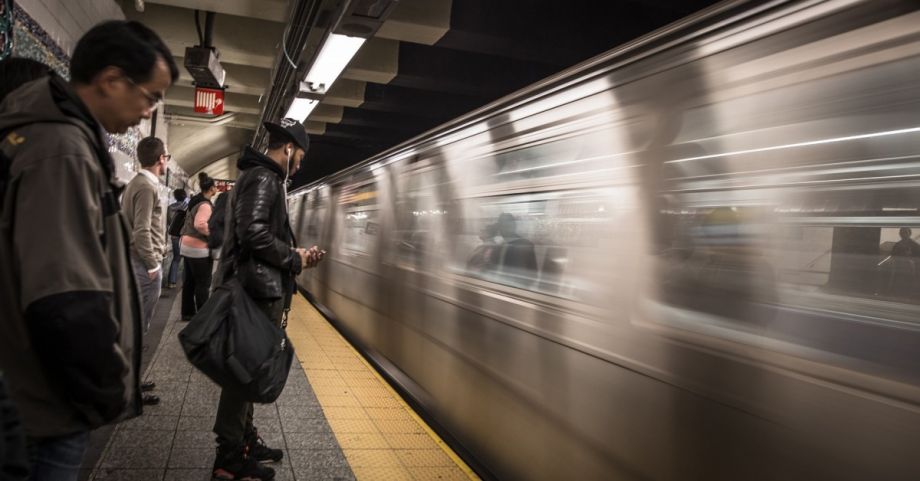 Without the billions in relief proposed by President Biden and Transportation Secretary Nominee Pete Buttigieg, transit agencies will grind to a hald. (Photo by Henrik Johansson / CC BY-NC-ND 2.0)

Welcome to “The Mobile City,” our weekly roundup of newsworthy transportation developments.

Today marks the beginning of another chapter in the American experiment — the outwardly peaceful transfer of power from one president to another. That peaceful transfer has been marred by an insurrection most blame on the outgoing President’s rhetoric, and as a result, the main reason this transfer will be “peaceful” is because the center of Washington has been turned into a fortress. Adding to the tension surrounding this transfer is the raging pandemic that has now claimed 400,000 American lives and counting.

That pandemic has thrown the entire economy into a hole it has yet to climb out of, and the transportation sector is no exception. And since mobility remains essential to our economy’s smooth functioning, both President Biden and his choice for Secretary of Transportation, former South Bend, Ind., Mayor Pete Buttigieg, have pledged to spend huge sums on transportation overall and urban mass transit in particular. Biden’s plan focuses on applying a tourniquet to bleeding transit balance sheets while Buttigieg has put forth an even bigger commitment to infrastructure spending in the longer run.

Not only urban transit systems, but state transportation departments can still use the help. The transit systems are still dealing with depressed ridership that has likewise depressed revenues, and the transportation departments have to cope with greatly diminished revenue from motor fuel taxes in many cases. (And as many states use some of those fuel taxes to help pay for mass transit, that creates a double whammy for urban transit agencies’ balance sheets.) Reports from Texas and Seattle show the degree to which COVID has thrown budgets out of whack.

Meanwhile, we continue to get around using the infrastructure and transit service we still have. In most cities, bike lanes, often protected by buffers or physical barriers, have become key elements of that infrastructure. Some of those bicyclists use the lanes to get to their jobs at city restaurants that have taken over curbside parking spaces in order to keep going during the pandemic. One such restaurant in New York has now put bicyclists’ safety in danger by building an enclosed shed with multiple doors right in the buffer zone of a curbside bike lane. At least one New York bicyclist is worried about the prospect of being doored… by a building.

Both President Joe Biden and Transporation Secretary nominee Pete Buttigieg have already laid large sums of money on the table to address the problems plaguing transit and transportation across the country.

Biden’s pledge came during an address he made Thursday, Jan. 14. As reported in Mass Transit, Biden is including $20 billion in upfront relief for “the hardest hit public transit agencies” as part of a larger, $1.9-trillion “American Rescue Plan.” A fact sheet released after the address explained the aid this way: “Safe and dependable public transit systems are critical for a robust and equitable economy recovery. This relief will keep agencies from laying off transit workers and cutting the routes that essential workers rely on every day while making these transit systems more resilient and ensuring that communities of color maintain the access to opportunity that public transportation provides.”

As of now, there are no details as to which agencies would qualify as the “hardest hit” or how the funds would be allocated among them.

The “American Rescue Plan” is a short-term relief measure, and Biden has yet to go into detail on what his longer-term “Build Back Better” package would contain. But Buttigieg may have revealed a part of that plan in his infrastructure spending proposal, announced Jan. 10. ITS International reports that his plan, which carries a $1 trillion price tag, will include $150 billion for public transit.

According to the report, the former South Bend mayor will leave it up to the cities and states to determine how best to spend the money they get. After criticizing the Trump administration’s lack of commitment to keeping up the nation’s transportation infrastructure, Buttigieg said, “Under my administration, local governments will finally have a partner in Washington. As a former mayor, I know that priority-based budgets made locally are better than budget-based priorities set in Washington.”

Other parts of his transportation spending plan aim to reduce the rising fatality counts on the nation’s roads. Most of these fatalities now occur in cities and involve pedestrians or bicyclists getting hit by cars. Buttigieg’s road-safety plan will require state transportation departments to commit to plans to reduce road fatalities in line with national Vision Zero goals.

Two agencies that would no doubt welcome the above news are the Texas Department of Transportation and Sound Transit in Seattle. The reasons why are different, but both have a common source: yawning budget shortfalls triggered by COVID-related drops in revenue.

In Seattle, KING5 reports that the problem takes the form of huge cost overruns for planned Sound Transit light metro extensions. The overruns, which mainly affect three lines on which work has yet to begin, come from three sources: increased construction costs, increased land acquisition costs and falloffs in sales tax revenue. In the near term, the gap totals $6;9 billion; in the longer run, the figure could rise as high as $12 billion.

The revenue falloff is the direct result of COVID-driven slumps in economic activity. The higher land and construction costs both come from a hot real estate and development market. Because the affected lines are still on the drawing board, Sound Transit has time to come up with ways to close the gap, including stretching out construction timelines and delaying some projects. Sound Transit spokesperson Geoff Patrick told KING5 that tax hikes are off the table. Sound Transit has hired a third-party outside consultant to review the numbers and come up with recommendations for cutting them; those should come out in April.

In Texas, KSAT in San Antonio reports that the Texas Department of Transportation is looking for ways to fund the state’s transportation program in the face of a $1.9 billion drop in revenues. Taxes are being discussed as one of the ways to plug the hole in the Lone Star State’s transportation budget; one proposal calls for indexing the state’s motor fuel tax to the rate of inflation, something 22 states and the District of Columbia already do. Texas has the lowest motor fuel taxes of the nation’s 10 most populous states and has not raised that tax in 30 years. Another proposal calls for increasing licensing and registration fees for trucking companies and raising registration fees for electric and hybrid vehicles. State Rep. Terry Canales, a Democrat who chaired the House Transportation Committee in the previous legislature, told KXAS, “I’m not a fan of raising taxes in any form or fashion, but someone’s got to pay for the roads we drive on. And so the fact is the oil and gas industry and those revenues can’t shoulder the ever-growing need for infrastructure.”

Further down. in the article, Canales acknowledged that the state’s continued population growth would also require the state Transportation Department to increasingly emphasize non-road transport in order to handle rising demand.

In NYC, You Can Now Be Doored By a Restaurant

A common issue users of city bike lanes face is having motorists suddenly open car doors in their path, a move that often leads to the cylist’s injury. In order to minimize the chances of that happening, many cities have shifted bike lanes to the curbside and created buffer spaces between them and parked cars.

New York City has done this on a number of streets as well. But New York magazine’s Curbed reports that an Italian restaurant in Manhattan has now made it possible for bike riders in a curbside bike lane to get doored by a building.

The offending restaurant is Scarpetta, located on Madison Avenue. That restaurant built a 120-foot-long enclosed structure — known as a “streatery” in NYC slang — in the three-foot buffer space between 29th Street’s curbside bike lane and the parking and traffic lanes. The structure has a series of arched doors that open directly into the bike lane, and opening any of the doors blocks the bike lane completely.

Bike rider Tom Huzij posted a 14-second video he took while riding past the streetery on Twitter, where he characterized the structure as an “Open Medieval Dungeon.” A spokesperson for Scarpetta told Curbed that the structure complied with city regulations and had been inspected and approved, but the city’s rules for curbside dining enclosures say otherwise: They specifically state that “roadway seating may not be placed in a … bike lane” or a “designated buffer zone (area with white markings separating a bike or parking lane from a travel lane).”

Know of a transportation development that should be featured in this column? Send a Tweet with links to @MarketStEl using the hashtag #mobilecity.