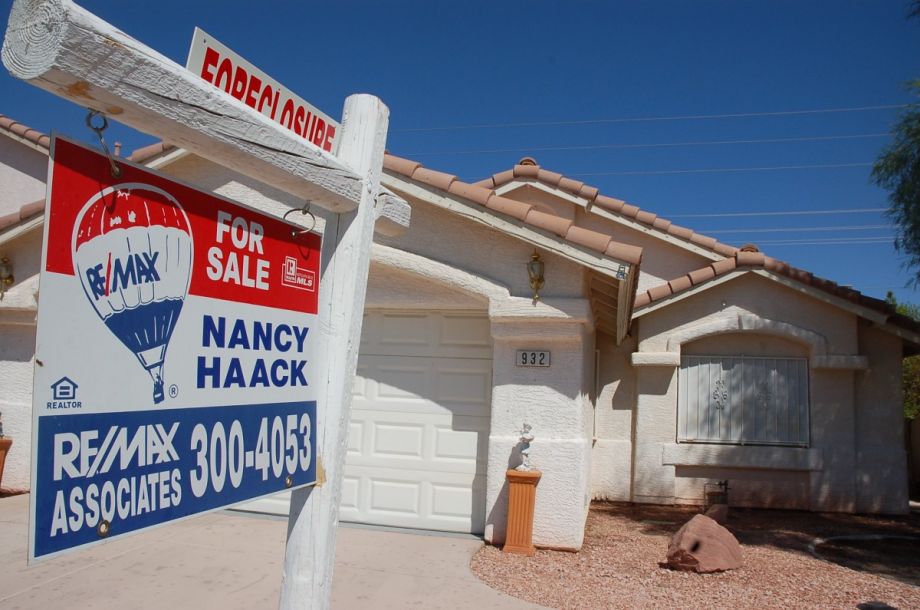 In 2008, when the last recession began, seven percent of homes in Nevada received a foreclosure notice. The rate — about one in every fourteen households — was one of the highest in the country. In 2010, as part of the Troubled Asset Relief Program (TARP), the Obama administration created a Hardest Hit Fund for states, like Nevada, that were seeing particularly high foreclosure rates during the mortgage crisis. Those funds enabled the state to create a handful of mortgage assistance programs meant to help people stay in their homes, including a principal-reduction program, a program that helped eliminate second mortgages, and a program geared specifically toward people who had lost their jobs. And slowly, the tide turned.

“We got through that period, and for the past couple of years, as the economy has improved and the housing market has gotten much better, we saw fewer and fewer foreclosures,” says Christine Miller, director of community initiatives and outreach for the Legal Aid Center of Southern Nevada.

Now, with the coronavirus pandemic causing untold economic damage again, state housing advocates are preparing for another potential wave of foreclosures. Last month, as the state’s unemployment rate soared past that of the Great Recession, the Nevada Affordable Housing Assistance Corporation, a group that administers the state’s Hardest Hit Fund, announced that it was relaunching a program that helps people on unemployment pay their mortgages. The revamped Unemployment Mortgage Assistance program offers up to $3,000 a month for up to three months (max $9,000 total) to help people pay current and past-due mortgage payments, interest, taxes and homeowners’ associations fees. To be eligible, applicants must be receiving unemployment benefits, and may not have a household income that exceeds $98,500 or liquid assets that amount to more than three months of mortgage payments. Demand for assistance was immediate.

“The numbers are staggering,” Verise Campbell, the CEO of the Nevada Affordable Housing Assistance Corporation , said last week after the program relaunched. “For example, we turned our phones on yesterday, and within 17 minutes we had 260 calls.”

Rather than keep the phones on and pile up applications that will take a long time to process, the organization shut them off. It’s accepting only a few hundred calls each day, in order to be able to respond to applicants more quickly, Campbell says. Spreading the applications out will also allow more people who haven’t begun receiving unemployment benefits to apply for the program, she says. (Requiring that applicants already be recipients of unemployment insurance is a simple way to determine their employment status, Campbell says, though it may mean that many jobless people are ineligible for the program.) In all, Campbell says, the organization probably has enough money in the program to help about 1,400 households. If the coronavirus crisis had come even a few months later, it may not have had any money at all.

The Unemployment Mortgage Assistance program is funded with the remaining money in the Hardest Hit Fund. As of last year, that remaining money — around $17 million — was all being used for a down-payment assistance program to help first-time homebuyers, Campbell says. The pandemic has shrunk demand for down-payment assistance while also creating an urgent need to help people who are losing work, so the Nevada Affordable Housing Assistance Corporation, with the permission of the U.S. Treasury, which established the Hardest Hit Fund, relaunched the unemployment program.

Once the funds are spent, the organization’s future is uncertain. Campbell says the group, which has around 10 employees, was already thinking about how it would wind its operations down after the down-payment program was finished. And the group has had a rocky history. In 2016, the Office of the Special Inspector General for the Troubled Asset Relief Program issued an audit that showed “waste and abuse of TARP funds identified in the Hardest Hit Fund program in Nevada.” Misused funds, according to the audit, included a “$500 a month car allowance to the CEO who drove a Mercedes Benz, holiday parties at a casino and country club, holiday gifts, a company picnic, a massage gift certificate, a baby gift, gift certificates for movies and restaurants, Amazon gift cards, regular lunches and food, birthday cakes, a retirement cake, an expensive fruit basket, even a ‘manager outing’ at an establishment dubbed the nation’s best high volume cocktail bar,” and more.

Campbell, who was hired after that report came out, says that the group spent years working through an additional audit with SIGTARP and making sure its funds were properly spent. A later audit concluded that the program was still being administered ineffectively, according to reports in the Las Vegas Review-Journal, though Campbell said those reports were inaccurate. She also said that a reduction in the state’s Hardest Hit Fund, which critics pointed to as evidence that the program was misusing funds, was actually tied to a reduced need for homeowner-assistance programs because the economy was improving. Now, as the economy is tanking again, the organization is on the verge of spending out the rest of the Hardest Hit Fund money from the last recession.

“We were just getting back to where folks were starting to believe again in the American dream, and those hopes were dashed,” Campbell says. “We’re dealing with a more critical situation because we have so many people out of work.”

For homeowners who qualify for the Unemployment Mortgage Assistance program, the organization will directly pay the benefit to the mortgage servicers, Campbell says. As of last week, the group had collected around 260 applications, and it was working with some housing counseling agencies to get the word out to more potential applicants. The average benefit was around $4,400, Campbell says. It’s possible that further federal stimulus could create more funds for state groups like Nevada Affordable Housing Assistance Corporation to administer.

“I think there’s a big question for homeowners: if the assistance is temporary, what are they going to do when the temporary assistance runs out?’” says Miller, of the Legal Aid Center of Southern Nevada. “Will the homeowner be in a position to pick up the payments at that time, or are they going to be in need of further assistance? I’m sure that’s running through their minds. But if there’s a bridge that can help them get to that point … it’s a better option than letting the mortgage go into delinquency.”