In Vegas and Reno, Casinos and Big Tech Want to Go Their Own Way With Energy – Next City

In Vegas and Reno, Casinos and Big Tech Want to Go Their Own Way With Energy 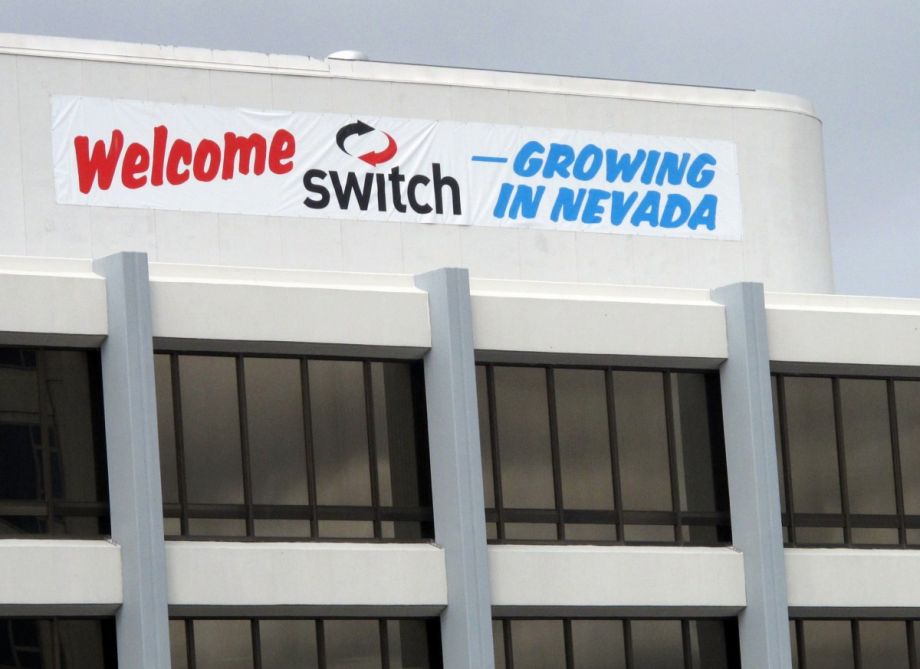 If Martin Scorsese ever writes the great American film about investor-owned utilities and distributed solar that I’ve been hoping for, he’ll set it in one of three cities: Las Vegas, Reno or Enterprise, Nevada.

I know — Arizona (with its mustache-twirling monopoly) is the more notorious solar policy battleground. But let’s face it: While those of us who love infrastructure might enjoy the nuances of net metering and grid parity, your average moviegoer wants a story, not a bunch of verbiage. And Nevada’s gambling-turned-tech hub industry is brewing a story so compelling — so full of slot machines, salacious intrigue and Elon Musk — that utility regulation might finally get the silver screen glory it deserves.

Unfortunately, before I can elaborate, I need to talk about net metering.

Nevada is primarily served by a state-regulated IOU, NV Energy. It has one of the country’s more ambitious renewable energy goals — 25 percent by 2025 — and this year it’s been the backdrop of what the Reno Gazette-Journal called a sizzling solar cap debate.

Yes, such things can sizzle. At the debate’s center is a state-mandated limit on the number of rooftop systems eligible for net metering, a solar-incentivizing credit that I’ve explained in detail here. NV Energy, like many IOUs, worries that net metering forces all customers to subsidize those with rooftop systems. Solar industry advocates like SolarCity counter that the cap unfairly stifles industry growth and, more importantly, the adoption of renewables.

On May 25th, the Alliance for Solar Choice and NV Energy announced joint support for a compromise that defines the cap (235 megawatts until December 31, 2015) and instructs regulators to design another tariff.

Currently, the bill awaits Governor Brian Sandoval’s signature and both parties are tight-lipped. Will Craven, a spokesperson for SolarCity, declined to comment until the Governor signs. In an email, Katie Nannini of NV Energy passed along the following comment: “We support this legislation and worked with all stakeholders to put this issue before the [utilities commission].”

But all of that is background to Scorsese’s inevitable film. Imagine intro text rising in slanted paragraphs like the opening crawl of Star Wars, “Our story begins in a town with a perfectly capitalist name: Enterprise.”

More specifically, it begins with the people who power the Internet. Enterprise-headquartered tech firm Switch, which owns several Supernap-branded data centers in Las Vegas, counts Google and Sony among its clients. Its six warehouses consume around 34 megawatts of electricity per year, a number equivalent to 57 Walmart Supercenters, according to the Las Vegas Sun. (Switch is also building a $1 billion data center outside Reno.)

Switch representatives did not return a call for this story, but the company’s request, filed publicly with the PUC (public utilities commission), outlines its goals: to bypass the IOU and purchase energy from a wholesale supplier called Exelon Generation Company.

The request doesn’t state Switch executives’ reasoning, but since last November, three of Las Vegas’ largest gaming companies — MGM, Las Vegas Sands and Wynn Resorts — have filed similar applications. And this spring, while the legislature considered a net-metering cap, the four applicants teamed up with SolarCity and Sunrun to form an advocacy group called the Nevada Coalition to Protect Ratepayers.

“It is extremely important to Switch that we power the next evolution of the Internet with green energy,” the company’s founder and CEO Rob Roy said in a statement, referring to the new alliance.

Meanwhile, the 1,000-acre Tesla Motors gigafactory going up near Reno isn’t just for car batteries — it’s for home and commercial storage systems too. SolarCity and Tesla’s joint interest (and closely intertwined ownership) means that some of Nevada’s biggest financial players now have a shared interest in walking away from the state-run grid.

Because NV Energy is a regulated monopoly fighting for a rooftop solar cap, it’s easy to vilify. The film will undoubtedly take this angle at first, pitting long-entrenched interests against an unlikely crew of green techies and casino suits. But reality, like good cinema, isn’t black and white. Today, PUC commissioners will make a decision based on arguments from both Switch and NV Energy regarding who, really, has the public interest at heart. (A draft ruling suggests that the PUC will deny Switch’s request.)

According to a legal brief from May 11th, regulators aren’t so sure that Switch’s exodus is a good idea for Nevada ratepayers.

“Switch’s proposed exit will increase costs to remaining customers to such an extent that it results in the largest calculation ever provided by staff in a NRS 740B exit application docket to date,” the brief states, referring to the law framing Switch’s request. Bottom line, in order for the data company to say goodbye to NV Energy, it will need to pay $27 million.

“If I build a generation plant to serve you and you tell me goodbye, someone is going to have to cover those costs,” he says.

Will that someone be Nevada ratepayers? In a responding brief, also dated May 11th, the company contended that its exit fee should be closer to $18 million.

But as the commission considers “public interest,” one factor should rise to the top.

“Switch’s departure is in furtherance of allowing Switch to meet its goal of eventually acquiring 100 [percent] of its energy from green sources,” Switch’s May 11th brief states.

Capping rooftop solar incentives probably isn’t going to help Nevada move toward its renewable energy goals. If aggressively pursuing off-grid options means more solar adoption for a company with the energy consumption of 57 Walmart Supercenters, the public will be served.

For now, the state’s energy debate remains white-hot. And beneath the wonky language, it’s a cinematic classic waiting to be made.