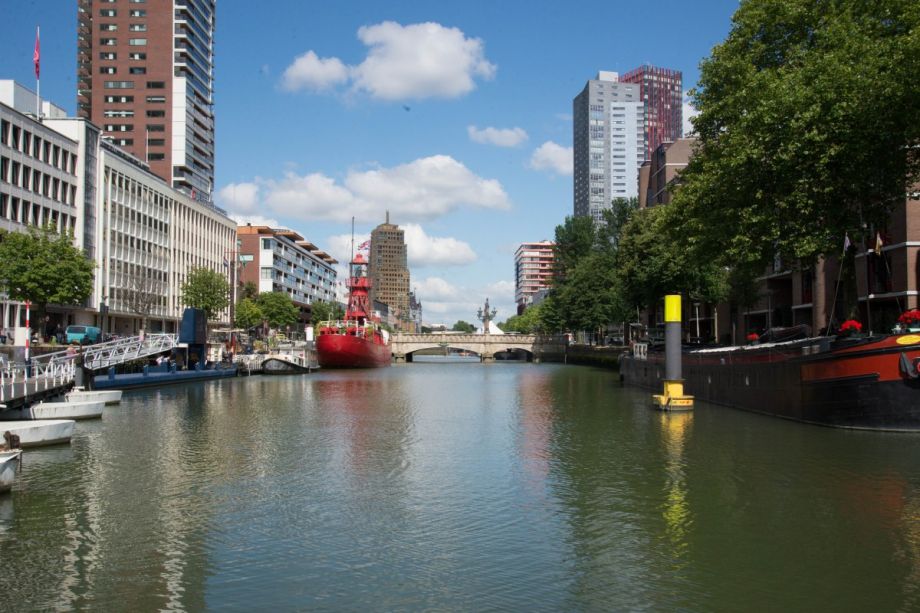 The thought of recycling gray or even black water into drinking water is enough to make even some committed environmentalists squirm. But for Dutch environmental biotechnologist Mark van Loosdrecht, transforming sludgy wastewater into sparkling, clean, safe water has become a lifelong learning process.

Last month, van Loosdrecht won the prestigious Spinoza award, the highest Dutch award in science, for his invention of an aerobic granular sludge technology called Nereda. The prize will give van Loosdrecht €2.5 million to continue his research as professor of environmental technology at Delft University of Technology.

The groundbreaking Nereda process has been in development for nearly 20 years, but it only first hit the market in 2009 when Van Loosdrecht and his research team at TU Delft partnered with Dutch engineering and consulting firm RoyalHaskoningDHV, five district water boards and STOWA (Foundation for Applied Water Research) to transform the lab results into a commercially viable product.

The Nereda process works like this: microorganisms grow into heavy, compact granules, forcing the waste product in the dirty water to sink down, leaving clean, filtered water at the top. The outer layer of the granules removes organic material through an aerobic process and simultaneously converts ammonium to nitrate. Inside the granules, microorganisms that follow anaerobic processes convert the nitrate to nitrogen gas (which floats to the surface) and remove phosphate from the water. The treatment process occurs in just one cycle, eliminating the need for separate tanks, pumps and secondary filtration, and saving time, money and square meters.

According to RoyalHaskoningDHV, the Nereda process is estimated to cost about 25 to 30 percent less than traditional, chemical-based treatment methods. Nereda facilities also use about 30 percent less energy than typical activated-sludge systems. In short, this means that the process can treat higher capacities of water using a much smaller footprint than alternative methods. In fact, it uses about 75 percent less space than traditional wastewater treatment plants.

In 2012, the Dutch town of Epe adopted the Nereda process during its renovation of a 40-year-old water treatment facility. The upgraded plant, which provides clean drinking water to about 60,000 residents, incorporated the biological treatment process into three 4,500-cubic-meter reactors. Design and construction of the renovations cost the water board Waterschap Veluwe about €15 million. Since the Epe plant’s successful trailblazing two years ago, seven other Nereda plants have opened across the Netherlands.

It all sounds a bit too good to be true, and for some experts, that’s exactly what it is. The watewater treatment facility in Epe is the world’s first full-scale municipal application of the Nereda process, but some engineers see few benefits when compared to traditional treatment processes. According to them, Nereda works as well — but no better — than conventional treatments for municipal wastewater like the basic activated-sludge process and chlorine disinfection. “It’s a great story and good technology,” says water treatment engineer Christian Kuylaars, “but for municipal waste the benefits described by DHV aren’t really applicable. It would be great for industrial wastewater with high concentrations of nitrogen and phosphate, but granulation becomes a major issue when this technology is used to treat municipal wastewater. Furthermore, there’s no TSS (total suspended solids) removal, so the technology is likely to have problems with incoming TSS, which is often on the high side in municipal water.” Kuylaars also points out that while Nereda is a cost-effective, energy-efficient and sustainable solution for wastewater with a high nitrogen concentration, it remains a niche technology “and not the holy grail of water treatment — especially not for municipal wastewater.”

Annemie Otten, Communications Advisor at Royal HaskoningDHV, disagrees with Kuylaars’ evaluation. According to her, the wastewater treatment plant at Epe “was designed and built in 2010-2011. Two years of extensive monitoring of the Epe plant – designed for flows up to 1,500 m3/h – shows that the performance of Nereda even exceeds expectations. The plant’s energy consumption, including sand filtration and sludge treatment, is significantly less than any type of similar-sized conventional treatment plant in the Netherlands. A key advantage of Nereda is its reduced power consumption. At Epe, the original plant’s energy consumption was approximately 3,500 kWh/d. With Nereda, the average daily consumption is now 2,000 kWh – 2,500 kWh. This is approximately 40 percent less than all types of similar sized conventional plants in the Netherlands.”

For countries with emerging water management needs, these qualities are precisely what makes the Nereda technology appealing. Last year, Royal HaskoningDHV signed agreements to deploy the Nereda technology in Brazil and the United Kingdom. Nereda water treatment plants are also operational in Portugal and South Africa, with projects in various stages of development in Australia, Poland, France and Germany. The benefits of this Dutch technology are considerable, but for Professor Mark van Loosdrecht, it’s simply a 20-year-old dream that has only recently become reality. And what’s next for this pioneer? Van Loosdrecht is currently researching the production of bioplastic from wastewater. That one should keep him busy for a few years, at least.