Neighborhood Networks Can Point the Way to More Equitable Development 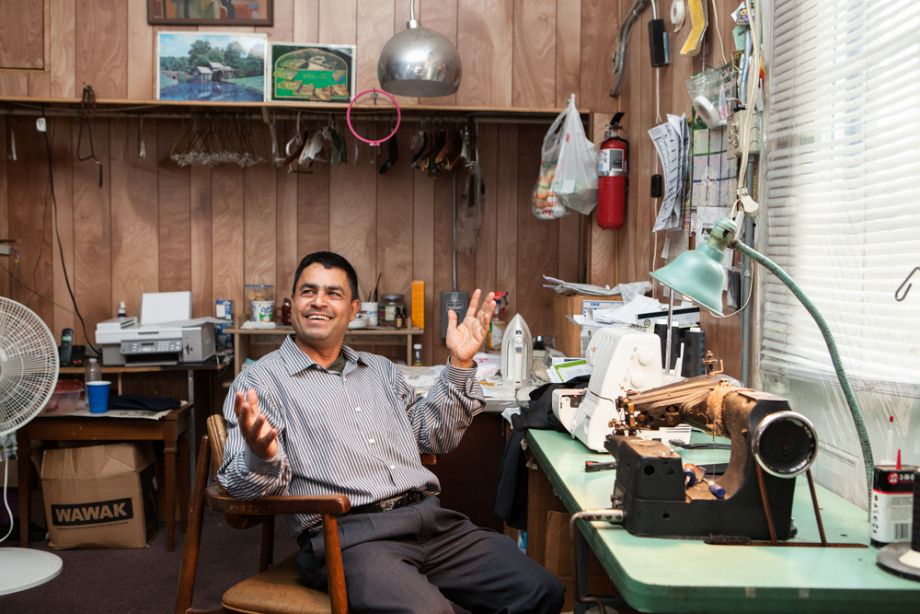 When Tunar Rahman emigrated from Bangladesh to Michigan in 1966, he landed in a working-class, mostly Polish-American neighborhood in Detroit that bordered the city of Hamtramck.

The area was known for its compact bungalows, Gothic cathedrals and parochial schools, a thriving main street punctuated with Euro-centric bakeries, shops, and bars, and the iconic neon sign that flashed at the Kowalski kielbasa factory.

Rahman was among the first Bangladeshis to settle in the neighborhood, drawn to the Motor City to work for Chrysler. Over the next few decades, more families from the Indian subcontinent would follow suit, often by way of the New York borough of Queens.

“When he came here, he started housing other immigrants in his house,” says Rahman’s nephew, Tahmeed Khan. “My parents stayed there … my uncle helped a lot of these guys get on their feet.”

Along the way, Khan says, Rahman started referring to the neighborhood as Banglatown.

As many Detroit residents moved to the suburbs, spurring an increase in blight, Rahman found opportunities for growth. He turned an old bar into a mosque, opened a grocery store and, according to family lore, was among the first to introduce Detroiters to jalebi — one of the most recognized sweets in South Asia.

Rahman died in 2007, but his imprint remains. Today, some 6,000 Bangladeshi immigrants and their descendants call Wayne County (which includes Detroit and Hamtramck) home. The diverse community, made up of South Asian immigrants, African-Americans, many white artists and Yemeni immigrants, has helped to keep Banglatown — centered mostly around Conant Street (unofficially known to some as Bangladesh Avenue) between the Hamtramck border and the Davison Highway — one of the most populated neighborhoods in Detroit.

City leaders are targeting revitalization efforts in the area, with an eye toward repurposing vacant lots, getting rid of blighted structures and strengthening commercial corridors. While such investment can be positive, longtime residents — who say community strength and a thriving informal economy that’s been around for years has kept Banglatown viable — are concerned about coming changes, and how much they will have a say in and have a chance to economically benefit from development.

A $6.4 million project to transform the vacant Transfiguration Catholic school — empty since 2005 — into a 23-unit affordable apartment building is underway in Banglatown. Ethos Development Partners and Building Blocks Nonprofit Housing Corporation are expected to acquire the property from the Archdiocese of Detroit late this year. The project also calls for the demolition of 18 vacant homes near the school.

During a September announcement of the plans, Mayor Mike Duggan touted the significance of the development. “Banglatown is a vibrant, growing community and I am so excited that we are starting to build and increase density in this area with a partner that has made a strong commitment to the entire neighborhood,” Mayor Mike Duggan said in a statement.

Affordable housing is a key concern for residents.

“We were here before it was called Banglatown. It happened organically,” says Shaffwan Ahmed, who grew up in the area and is a revitalization fellow with Global Detroit, a nonprofit immigrant advocacy group. “One thing [the city] did with this branding of the community is say, hey, this is a promising, up-and-coming ethnic community. But what does that do with the housing stock? Will people be pushed out?”

Ideally, city-driven development will also acknowledge Banglatown’s strong informal economy. On top of the long-existing network of immigrant men who help each other get situated with jobs in manufacturing, as was the case with Khan’s uncle, there’s a network of backyard gardens harvested by a handful of mostly Bengali women. They’re known as the Bandhu (Bangla for friendship) Gardens, and have served as a source of modest earnings through produce and popup dinner sales at some of the city’s trendy eateries.

Ahmed is hopeful about development bringing positive changes, but he wonders how low-income people will be impacted. His father, Kamal Ahmed, owns a dry cleaner on Conant. When he was growing up, Ahmed says, his dad helped to make sure halal meat was available in local schools, to accommodate the growing number of Bangladeshi and Yemeni children in the area.

Prior to his work at Global Detroit, Ahmed saw firsthand what happens when the needs of Bangladeshi are overlooked. A few years ago when his mother tried to apply for healthcare through the Michigan Department of Health and Human Services, he saw her and his sister’s frustration over the lack of information available in Bangla. Earlier this year, he helped to collect testimonials of others with similar experiences, an effort that resulted in a town hall meeting with DHS leaders, who he says, vowed to introduce sensitivity training.

More recently, he and others with the nonprofit have canvassed the area to inform residents who are in danger of tax foreclosure about their options to stay in their homes.

On top of concerns that city redevelopment efforts will force people out is what some city-dwelling Bengali-Americans perceive as a long-standing tension between suburban Bengali-Americans and them. Among the community partners with the city is the Bangladeshi American Public Affairs Committee, whose headquarters is in Hamtramck.

Last month, the group prepared to unveil a welcome sign in Banglatown with an image of a rickshaw. City residents there saw it as a dig at the area’s working-class roots. Hours before the unveiling, the sign was vandalized. Organizers retooled the imagery.

Detroit Housing Director Arthur Jemison, who previously worked as deputy undersecretary and deputy director of the Department of Housing and Community Development for Massachusetts, likens the tension to that of previous waves of urban flight of African-Americans to more affluent suburbs.

“The relationship between the city and suburban communities is not unique to the Bangladeshi community,” he says.

Part of his job, Jemison says, is balancing the concerns of all parties. “It’s not just about the business leaders, but also the residents, and also the residents who might not have spoken previously but who are now doing so,” he says.

There’s cooperation too, signs that Banglatown residents could unite around causes like making sure the community is heard as the neighborhood changes amid city-driven investment. A group called OneHamtramck is in the planning stages of creating the nation’s first Bangla-American mural on the wall of a school. Khan and Ahmed are both on the planning committee. Members hold regular meetings so residents have a chance to weigh in on every step of the process.

Nushrat Rahman, a senior at Wayne State University, is on the committee. Community development, in her eyes, starts as simply as listening to people in the neighborhood. “The idea is we’re not going to create this public work of art, without the people’s consent,” she says.