Nearly 30,000 in Albuquerque Ask for More Democratic Elections – Next City 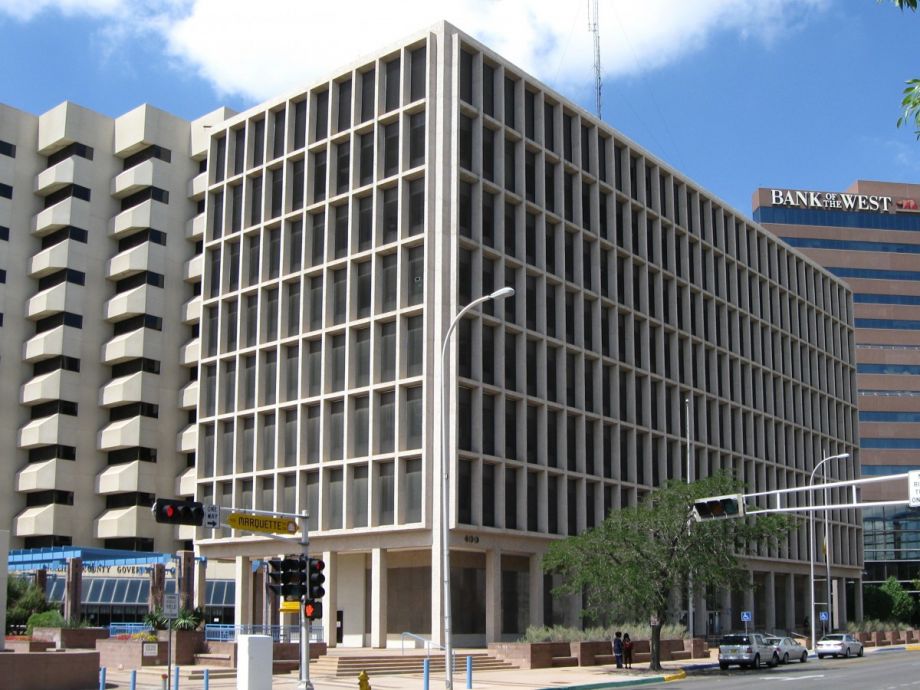 In Albuquerque’s last mayoral race, in 2017, just 350 donors accounted for 75 percent of the total campaign contributions. “So, it was a small number of donors who controlled the outcome,” says Eric Griego, executive director of the New Mexico Working Families Party.

Griego is working to make sure more people have a voice in a more democratic election process in the New Mexico city — at a time when local officials are making decisions about an important resource in the drought-susceptible city: water. He is part of a coalition that collected 28,000 signatures calling for a ballot referendum on a proposal called Democracy Dollars. The program would create $25 vouchers that residents would receive and be able to “donate” to the candidate of their choice in local elections.

Despite organizers far exceeding the 19,450 signatures needed, as of now, voters won’t see Democracy Dollars on their next ballot. In mid-August, the Bernalillo County Board of Commissioners voted not to put forth the measure in November.

A more diverse electorate might change outcomes of future real estate deals. Developers have invested heavily to create a bedroom community called Santolina outside the city of Albuquerque. There, 38,000 planned homes would use an estimated 12 million gallons of water per day. The impact of that water usage has been debated in the community and on the Board of Commissioners for years.

An investigation by New Mexico In Depth found that businesses tied to real estate development are spending their money on local elections with an eye to influencing zoning and land use laws. Griego sees the vote to keep Democracy Dollars off the November ballot as incumbents protecting their interests.

“The chairman of the county commission is a very close ally of two of those city council people who were opposed to creating this system,” Griego says.

Steven Michael Quezada, the Board’s chair, did not respond to emailed questions about his decision to vote against placing the referendum on the ballot or about his financial relationship with businesses associated with the Santolina development. In 2016, the Albuquerque Journal reported Quezada’s campaign received $25,000 worth of indirect support from a local political action committee thanks to contributions from supporters of the project.

According to Griego, Democracy Dollars could help challenge longtime incumbents and give more insurgent candidates a chance.

With the Board’s rejection, organizers like Griego and Andrea Serrano of Olé, a local organization dedicated to economic and social justice, are looking at the possibility of advancing the issue via a mail-in referendum ballot next year.

Candidates running for the New Mexico Supreme Court and the Public Regulation Commission in New Mexico have access to public funding for campaigns. The city of Albuquerque put its own public campaign financing law in place in 2005. All three mayoral candidates in 2009 tapped public money. But a United States Supreme Court decision in 2011 restricted the matching funds element of Albuquerque’s law.

In the next mayoral election, 2013, Mayor Richard Berry was re-elected and used only private funds that, New Mexico In Depth reports, “significantly exceeded funds of his publicly financed competitor.” Last year, only one candidate, current Mayor Tim Keller, accessed public funding, but his campaign also received substantial private donations. One thing that distinguished Keller in last year’s mayoral race, however, was his opposition to the Santolina development.

Local activists have seen a marked interest in testing a program like Democracy Dollars. As the temperatures heated up in Albuquerque this summer, so did the local political scene. “Extraordinary,” is how Dede Feldman, a former state senator, described the response when she and others were collecting signatures to put Democracy Dollars on the ballot.

“This was one of the hottest summers we’ve ever had. But people were out on the streets. Out at polling places throughout the city. That gave us a good start,” Feldman says. She says political rallies, such as one in support of keeping families together at the U.S. border, also offered opportunities to speak to residents and gather signatures.

Feldman says that Santa Fe and Las Cruces in New Mexico, and Austin, Texas, are also looking at using their home-rule charters to set up programs similar to Democracy Dollars. Seattle tested the Democracy Voucher Program in 2017. An analysis of that initiative found that nearly nine out of 10 voucher users had never before contributed to a local campaign. Nonetheless, the report found, “residents of neighborhoods that are lower income or have a majority non-white population continue to be under-represented among contributors to candidates for local office.”

“The idea is that rather than convincing a small set of large donors to support a campaign, the candidate instead would have to talk to a lot of Albuquerque residents, who’d have $25 each to give,” Feldman explains. She says that the program aims to encourage participation in politics from people who aren’t already engaged.

“Giving people a $25 voucher would bring new people into the system, and it would also encourage them to vote because now they have a dog in the fight,” Feldman says.

Part of the issue, says Serrano of Olé, is that voter turnout doesn’t reflect Albuquerque’s demographics.

The county commission’s decision to not bring the measure to voters, in spite of the popular support the idea has generated, has been a deep disappointment for organizers.

“Democracy Dollars in and of itself is about public financing,” Serrano says. “But when you talk about democracy reform, what you’re looking at is creating democracy that is once again for our communities, where you’re restoring faith and trust in our electeds. Because oftentimes, anecdotally, what we hear from people, ‘Why should I vote? It doesn’t matter.’ So, Democracy Dollars is a step towards that public accountability and really restoring trust among our communities.”