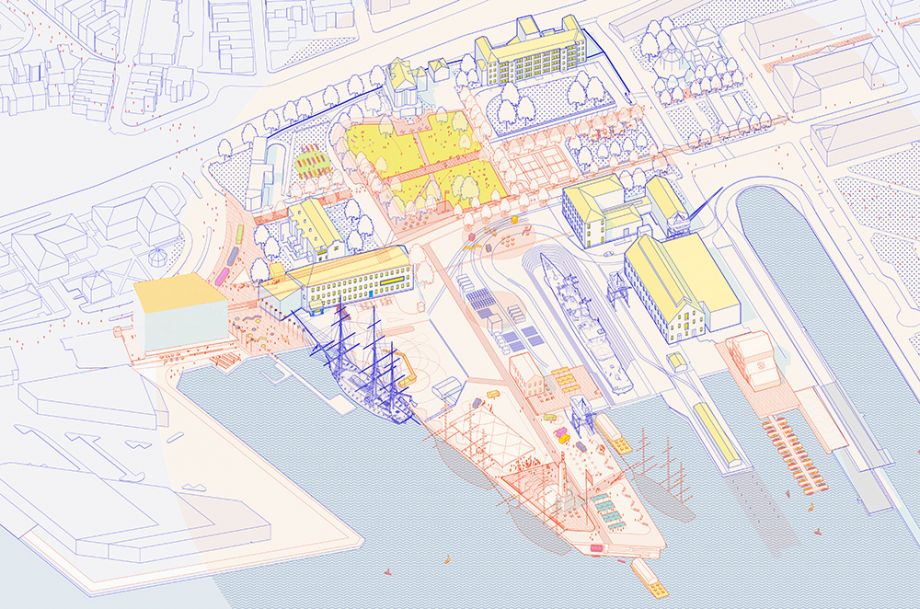 The National Park Service is prototyping a local community engagement effort in Boston, working to involve residents of the Charlestown neighborhood in planning and programming for the Charlestown Navy Yard, a former U.S. Navy shipbuilding center turned over to NPS in 1975.

Launched last year with the help of a creative placemaking grant from the City Parks Alliance and the Trust for Public Land, the ParkXChange project aims to bridge gaps between the abutting neighborhood and the massive historic park, which holds the U.S.S. Constitution, the U.S. Navy’s oldest commissioned warship, and draws nearly 1 million visitors annually.

As NPS approached its 100th birthday in 2016, the agency was reckoning with the reality of an increasingly urbanized nation. Its Urban Agenda was launched with an intent to reach an untapped diverse population of city dwellers who may or may not vacation in the more well-known but remote national parklands, but who have NPS historic parks virtually in their backyards. Boston was one of 10 cities selected to be models for this new, more community-focused model.

“We have many urban national parks, but people don’t know about them. Our population is becoming diverse and urban-centered, so how do we make our parks more relevant to the communities in which they’re located?” says Christina Briggs, senior planner for the National Parks of Boston, which encompasses the city’s three NPS parks and a number of historic sites. Briggs is co-leading the ParkXChange project with a small team from NPS, including a visitor experience director and a landscape architect.

The Charlestown Navy Yard, which along with historical attractions holds working scientific research labs, offices and waterfront condominiums, is cut off physically and socioeconomically from its local neighborhood. The heavily-traveled Tobin Bridge overpass cuts between the Navy Yard and the neighborhood, and while the Navy Yard side holds luxury residences, the city’s largest public housing development is just a few blocks away on the other side.

It’s not surprising that many locals rarely cross the street to the Navy Yard. Even with its parks, piers, historical sites and eateries it may seem like a place not for them. Older residents may think of the area as off-limits to the public, as it was before became part of NPS in 1975.

What’s more, the sprawling site is murky when it comes to visitor orientation. At the park’s various entryways, there is little in the way of navigation help. Its visitor center, museum, ships and other attractions lie in separate areas.

Ginaya Greene-Murray, communications and events director at the nonprofit Charlestown Coalition, says a good number of teens in her organization’s health-focused youth programs live in the nearby public housing complex but have little familiarity with the Navy Yard, says. “They’ve spent most of their lives there, but many had never entered the Navy Yard,” she says. “That’s been due to feeling unwelcome, or not thinking there’s anything to do there.”

Conscious of this divide, when NPS, the USS Constitution Museum, and the Naval History & Heritage Command embarked on a years-long process to redesign the overall visitor experience, NPS seized the opportunity to prototype some real local community engagement. Around the time the new Visitor Experience Plan emerged in 2018, National Parks of Boston received the competitive ParkXChange grant. Over the past 16 months, the ParkXChange project’s series of workshops, focus groups and a design charrette has drawn together people from the public housing complex, schools and community-based nonprofits.

While the grand revamping of the visitor experience may largely serve tourists, the ParkXChange project has had a hyperlocal focus, aiming to connect and engage Charlestown residents, including youth, around planning for a community space and creative programming in the historic park area.

Greene-Murray of the Charlestown Coalition participated in ParkXChange workshops, where local community leaders were invited to voice ideas on types of programming or spaces that would benefit, attract and engage the people they serve.

“My main objective was to create that bridge for youth to feel welcome and to understand and explore the history,” she says. Her ideas included recreational space and space for youth-centered functions, as well as events like art nights or music nights with food.

Besides workshops, the ParkXChange effort has included a pilot arts program: An ensemble of student musicians from Charlestown High School began performing weekly at the Navy Yard over the summer and engaged visitors with mini-lessons on the ukulele.

Adam Calus, the school’s director of visual and performing arts, says the experience benefitted both students and visitors.

“There’s a divide between Navy Yard and the community. This [ParkXChange effort] is working to bring folks together through art,” he says. “People loved the performance. People stopped by and said, ‘This is great!’ and asked what high school we were from.”

Calus estimates about 20 percent of the people who got schooled in ukulele were local Bostonians and 80 percent visitors from other states and around the world. “It was really a unique opportunity for everyone,” he says, with the interactions serving to widen his students’ horizons while acquainting people with the local high school.

Much of the ParkXChange brainstorming and visioning has been around how to design and use a 5,000-square-foot community space to be built out within a historic brick-and-granite “ropewalk.” The quarter-mile long, 45-foot wide structure in which rope was manufactured for the U.S. Navy from the 1830s to 1955 is historically significant in that it is the only surviving intact such ropewalk building in the U.S. (At least one ropewalk is still operating in the U.K.).

The old ropewalk lies on NPS property near one of the Navy Yard’s entrances. It is currently being redeveloped into apartments, but the request for proposals stipulated that one segment of the building would be set aside as a community space that could help preserve and honor the ropewalk’s history.

NPS considered creating a museum in the space, Briggs says, but besides lacking the capacity to staff it, there was a growing realization that a museum wouldn’t further the mission of forging community connections.

“We had started a community-engaged process on ‘How can we use the Navy Yard and use culture and arts to connect people to place?’ We decided this would be a great place to start to prototype this,” Briggs says. “So we started to reimagine it. The idea was to have something that’s really a flexible space, a creative space that uses the history of the ropewalk to connect people to place. The space will help tell the story.”

A day-long design charrette in September brought in three Boston Society of Architects member firms to hear community-generated ideas. Recently, the firms presented their visions of how they might design the 5,000 square feet for multiple uses, from performances to after-school hangout activities to fee-based function rentals to help support other programming.

The year of ParkXChange workshop funding is technically over, but Briggs says the granting agencies are still involved and supportive as NPS prepares to build on and implement ideas that sprang from the workshops. Groundwork has been laid. A big part of the process has been relationship-building, including solidifying connections among local organizations.

One age-old lesson has hit home for NPS in the ParkXChange process: Placemaking takes time and sustained effort.

“Community engagement doesn’t come easy,” Briggs says. “It’s not just a one-off thing. More than anything, it’s just been hard work, reaching out and making initial connections, and then nurturing them. But there’s been a lot of consensus.”

Greene-Murray says the project has connected her with other community leaders and helped lend a voice to her organization and its young people.

“I was thrilled that someone was getting that conversation going and letting us know there was space in the Navy Yard. It made sense. I was grateful and honored that they invited us ⎯and that they were ready to listen to what we had to say.”

Tags: parks, boston, placemaking, for whom by whom