Nashville Mayor Makes a Case for ‘Transportation Independence’ – Next City 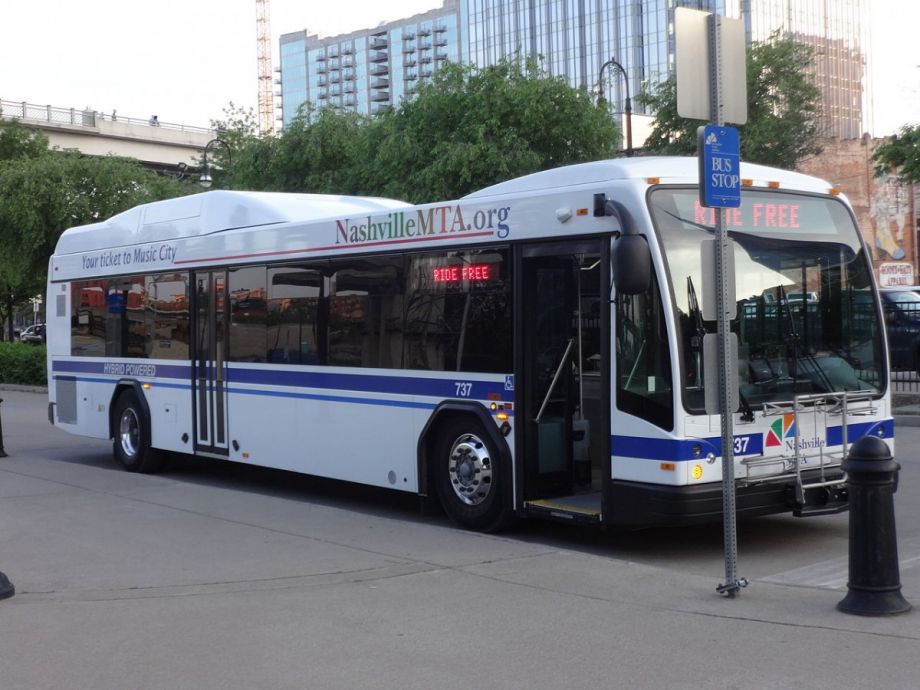 In just one month, Nashville residents will vote on a $5.4 billion transit plan that could radically reshape their city — and both the policy’s supporters and detractors are going into overdrive to get their respective messages across.

Nashville’s acting mayor David Briley (who was sworn in last month after former mayor Megan Barry resigned) is one of the former, and Monday he signed an oversized document he called a “Declaration of Transportation Independence,” the Tennessean reports.

“What I think independence truly means for Nashville, for our city, is to find a way to untether ourselves from this mythology that freedom means being in a car,” Briley said, according to the paper. “It means everyone having all of the options on the table so they can move around safe and independently.”

Briley was speaking to a group of the plan’s supporters at Music City Hall, and the signing followed a conversation with former New York City DOT Commissioner Janette Sadik-Khan. The “declaration” is essentially just that, according to the Tennessean, with no policy implications. It lists six “rights,” including the ability to choose whether to bike, walk, take public transit or drive and adds that the first step is to “invest in a transit network that serves everyone.”

Critics of the plan, which would include two half-cent sales tax hikes, a phased-in increase to the city’s hotel-motel tax, a 20 percent increase to the business and excise tax and a 20 percent surcharge on the local car rental tax, decried the document as a mere PR stunt.

There is nothing in it that liberates us from the highest sales tax of any major US city — or from traffic. #VoteAGAINSTMay1

As Next City has covered, the plan’s wildly ambitious goals include 26 miles of light-rail rapid transit and a subway tunnel under downtown. It also calls for BRT routes, transit centers and upgrades to existing bus service.

In 2016, many residents reacted to an initial blueprint with skepticism. Regional Transit Authority CEO Steven Bland told the Tennessean at the time that most public comments could be sorted under several headlines. One was: “Six billion dollars? Are you out of your flippin’ mind?”

But as Josh Cohen wrote for Next City last year, the region’s population is booming.

“Between new residents moving in and babies being born, the metro area gained about 100 people a day last year — putting Nashville in the top 20 fastest-growing U.S. cities,” he wrote. “As is always the case in car-centric cities, that growth is putting a serious strain on Nashville’s formerly free-flowing streets.”

“Five years ago, people would say Nashville was a 20-minute town,” Erin Hafkenschiel, director of transportation and sustainability in the mayor’s office, told Cohen. “Everything was within a 20-minute drive. That’s no longer the case.”

Early voting on the transit referendum begins April 11, the Tennessean reports. The election is May 1.