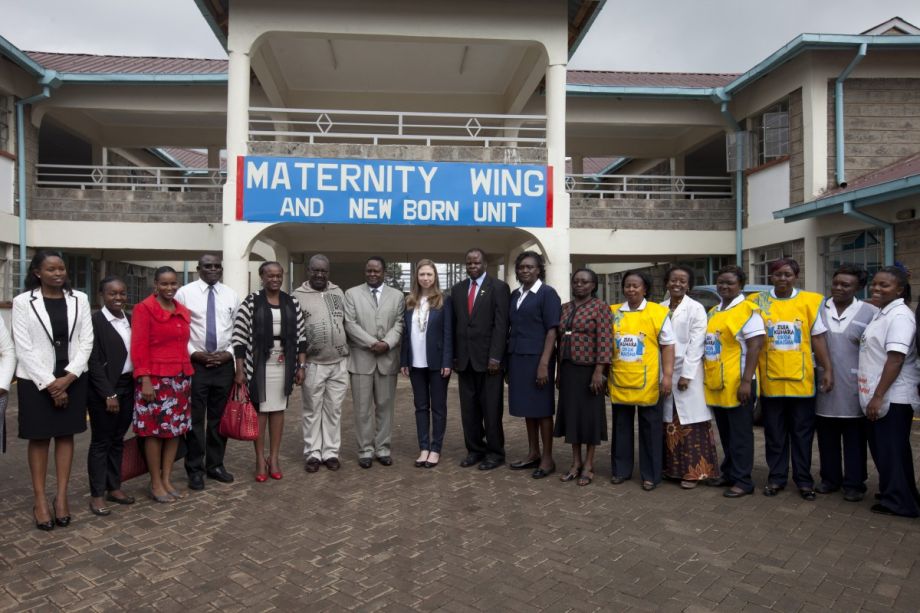 In 2000, the world coalesced around the Millennium Development Goals. A series of eight targets for international development, the MDGs (as they are known) have been the framework for poverty eradication, universal primary education and improved public health in the developing world. With the MDGs’ 2015 endpoint rapidly approaching, the world is now drawing up new targets. Termed Sustainable Development Goals, the updated agenda will set the tone for worldwide development until 2030.

Is this sub-Saharan Africa’s moment to step out of the shadow of the West? Some say yes — particularly when it comes to public health.

The continent is emerging from post-colonial deprivations and enjoying a growing middle class. Yet it suffers an exceptionally high disease rate — and international actors’ startling failures in the recent Ebola crisis has signaled that outside assistance is not always worthwhile. “We are still searching for robust, reliable and relevant systems, which are capable of the effective provision of affordable, high quality healthcare for all,” Anuschka Coovadia, head of healthcare markets for KPMG Africa, said at Davos earlier this year. “… It is highly likely that the next decade will witness the emergence of new defined ‘African Model’ of healthcare, which will not be constrained by the entrenched practices and structures seen in the Western world.”

The idea is intriguing, if not entirely clear. In America, recent transformations in healthcare have been toward lockstep sameness in service delivery. In a 2012 New Yorker article, for example, surgeon-author Atul Gawande promoted healthcare’s imitation of franchise restaurants such as the Cheesecake Factory, which uses the same menu, supply chain, and managerial approach in each location. A key to increasing healthcare access and quality while reducing costs, Gawande says, is harnessing their “advantages [of] size and centralized control.”

The same point has been made about health in the developing world. Melinda Gates has described developing-world homes with “dirt floors, no running water, no electricity, and … Coca-Cola,” and asserted that “if we can understand what makes something like Coca-Cola ubiquitous, we can apply those lessons” to aspects of healthcare delivery. In the developing world, as in the U.S., there’s been a concerted effort to make healthcare perpetually accessible at a low price and as reliable as the taste of Coke.

On the outside, that is what development goals accomplish. The MDGs attempted to push the scale-up of education, healthcare and prosperity to encompass the vast populations in need of those advancements. They represented global standardization, controlled — at least conceptually — by this one list of shared, ever-present goals.

Yet there are two hospitals in Nairobi that paint a picture of healthcare that’s far from a singular “African Model.” Rather, they suggest a plethora of models for better healthcare exist, even amidst rapid development — and rather than being standardized and accessible, these models are divided by pre-existing inequalities.

Cleopa Mailu, CEO of Nairobi Hospital, runs a facility originally established to serve “white settlers,” he says. Long since shifted into African hands, it’s one of several in Kenya’s private sector, which “is almost taking half, if not more, of the healthcare.” Although the shiny floors and clean rooms are aesthetically similar to the U.S.’s nicer hospitals, standardization isn’t as nearly as strong as in Gawande’s America. “There is a case for cost-effective care, not wastage whereby we just charge for the sake of charging,” says Mailu.

But then he compares the hospital to a luxury hotel that charges for ambience, and says that most patients opt for it by choice (“most of them use disposable income”). Bemoaning “five million shillings of bad debt,” he also voices mistrust of the health insurance industry, a small but growing sector of Kenyan healthcare. Insurance, of course, exists to increase access — and often promotes standardized practices as a cost-saving measure. At Nairobi Hospital, Mailu says, “there will be a lot of negotiation,” with insurance companies — but accessibility for low-income patients doesn’t appear to be a top priority.

In his office lobby, a book on Kenya’s government-initiated development plan suggests the values underlying the hospital’s business model. Vision 2030, termed a “national long-term development blue-print,” has a timescale that overlaps that of the Sustainable Development Goals. But that plan’s aim is focused mostly on fast-tracking Kenya toward middle-income status by enhancing corporate development. Although the plan mentions health, there is no particular emphasis on augmenting the lives of the one of every two Kenyans who lives in poverty.

From other vantage points, though, the high gloss of Vision 2030 slides away and another Nairobi comes into view. Mbagathi District Hospital, a plethora of small buildings in a grassy field “at the apex of the slum” Kibera, is one of them. Kibera holds over one million people at or near the global poverty line, and this hospital serves many of them. The grounds are neat and tidy — and yet, with its cinderblock buildings and abundant crowds, the place is far from the shiny Nairobi Hospital. “There are gaps in the services,” medical superintendent Andrew Suleh admits, despite the hospital’s aim at comprehensive services.

For Suleh, minimum standards are the point of homogenizing healthcare. “A more standardized way” of hospital administration and patient care would help bridge gaps, he says.

But here, the gaps don’t look like Nairobi Hospital’s bad debt or like forthcoming corporate development. Rather, the Millennium Development Goals’ efforts to ensure births are attended and children fed seem relevant. This is where the MDGs’ advancements on basic survival and minimum healthcare access have been achieved. As the Sustainable Development Goals are formulated, it is this hospital that will be tasked with fulfilling them.

And although the distance between the two is just a few minutes’ drive, the gaps between the two illustrate that there is not just one African Model of Healthcare. There’s not even just one Kenyan Model. There is Vision 2030, Sustainable Development Goals, and as-yet-undefined others — competing, contradicting each other, and sometimes overlapping, sometimes aiming for standardization and cost-cutting and sometimes defying it. For now, the conflicts and gaps can’t yet resolve disparities between rich and poor.

Will all Kenyan healthcare ever be as homogenized, comprehensive and well-organized as chain restaurants or Coca-Cola distribution? “That is the dream,” Suleh says. “And we need to wake up to realize the dream.”