Are “Rogue” Bike-Share Systems Bad for Cities? – Next City 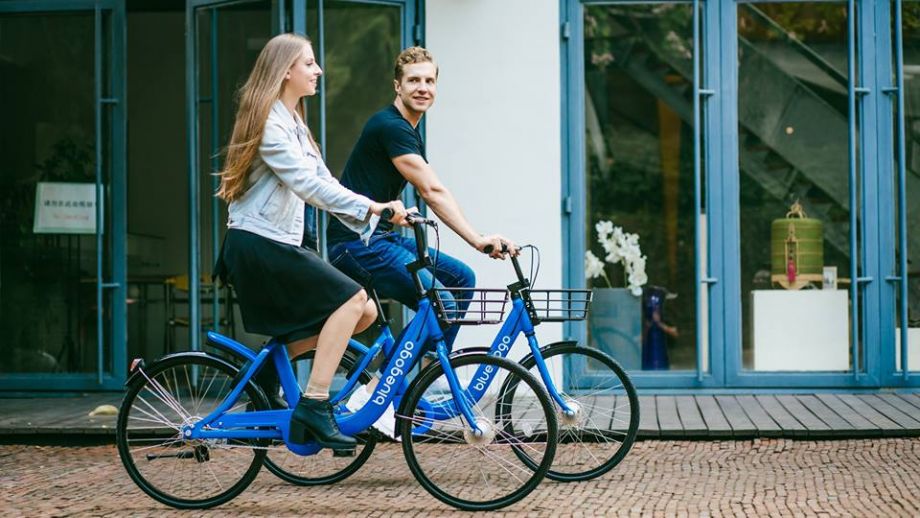 In response to a wave of unaffiliated, dockless bike-share companies launching in recent months, the National Association of City Transportation Officials (NACTO) released a statement Thursday saying the “rogue” systems raise some concerns.

The new startups — including Bluegogo in San Francisco, Spin in Austin and the forthcoming LimeBike in the Bay Area — allow users to find and check out free-roaming bikes with a smartphone and leave them anywhere they want once they finish their trip. When spared the expensive docking stations, the argument goes, cities can instead devote their money to bike infrastructure, in the end getting more riders access to cycling at a cheaper cost.

But NACTO says not so fast, condemning the bike-share systems’ “flimsy equipment and limited or no public notification,” which they say pose significant risks to the public, as well as the bike-shares’ disconnect from citywide transportation systems. NACTO also points to China, where these types of systems have been in use for years, and where “junk heaps of broken bikes” abound. From the statement:

Bike-share systems have a strong role to play in a city’s transportation network. But, by starting up without invitation or coordination, these companies have shown that they are not serious about providing bikes as a real mobility option for people. Instead, their actions suggest that they are more interested in media attention and a quick buyout. Such fly-by-night operations put the public at risk.

Bike-share has been on a rapid rise over the past seven years, and NACTO attributes much of this success to good cooperation between operators and cities. The group offers a list of what bike-share systems should provide a city, including a cohesive network of safe, routinely maintained bikes; equitable access; methods of rebalancing bikes and repairing or removing broken bikes; and ongoing collaboration with local governments to ensure connections to transit. All things, NACTO argues, that are being largely left off the table in the rogue systems.

NACTO isn’t the only opponent of unaffiliated bike-share: A number of local politicians and transit officials have spoken out against rollouts in their cities.

“The problem is when companies come in with no respect for regulations, and questionable quality,” Heath Maddox, a planner and project manager for the San Francisco Municipal Transportation Agency, told Curbed. “Nobody is against the idea of stationless bike-sharing. They’re against rogue bike-sharing that works against local authorities and isn’t safe for the public.”