N.J. Program to Help Hospitals Cut Back on Energy Use – Next City

N.J. Program to Help Hospitals Cut Back on Energy Use 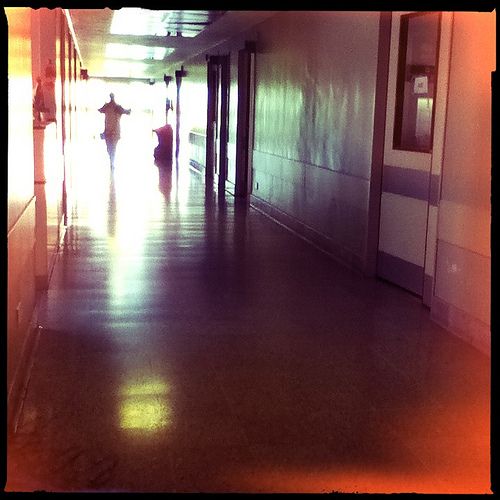 For most of the past decade, hospital executives at Beth Israel Medical Center in Newark, N.J. recognized that the more than 100-year-old facility badly needed to fix its aging energy infrastructure.

But they didn’t have the capital, until their local utility Public Service Electric & Gas came along and found a way to help the hospital address its needs—a $7.5 million overhaul that included replacing air conditioning chillers, replacing windows with high-efficiency models and upgrading to high-efficiency lighting.

“We had competing priorities,’’ said Darrell Terry, chief operating officer of the hospital, referring to keeping medical equipment up-to-date at one of only two medical facilities in New Jersey where heart transplants are performed and the only in state certified to perform lung transplants.

The popular PSE&G hospital efficiency program helps reduce the fiscal burden on a facility by providing up-front funding—in this case $5 million—and requiring a low-interest payback over 15 years or less.

The project, completed last November, is expected to reap big savings for Beth Israel, shaving off more than $1 million from its annual $4.6 million energy bill, Terry said. The hospital expects to earn a payback on its $2.2 million capital investment in three years, he said.

“Not only are we excited about becoming more green, the execution of the project was flawless,’’ Terry said, noting it had absolutely no disruption with patient care at the facility.

The efficiency upgrades are expected to cut Beth Israel’s electric bill by 7 percent and its gas costs by 24 percent, according to Michael Savage, manager of the utility’s hospital efficiency program.

It is one of the state’s most successful energy efficiency initiatives. In its first phase, it financed $79 million of energy conservation projects at 19 hospitals in its service territory. The New Jersey Board of Public Utilities last summer extended the program for another $50 million, an amount that Savage said should provide enough funding for another 20 to 24 hospital projects.

In approving the program, along with companion pieces to engineer energy efficiency projects at multi-family housing units and government and non-profit agencies, the state hopes to provide not only energy savings, but to also jump-start the economy by providing jobs to contractors.

At the time of the filing, the utility said it expected to create about 377 jobs, according to BPU officials. Fran Sullivan, a spokesman for PSE&G, said the Newark project created about 30 jobs while the overall hospital initiative created about 300 jobs.

Hospitals are prime candidates to reduce energy consumption because they are 24 hours a day, seven-days-a-week facilities using large amounts of energy to produce the steam they need for heating and cleaning. “They are very large consumers of energy,’’ Savage said.

Many also are in dire financial straits. In 1992, there were 102 acute care hospitals in New Jersey. When PSE&G filed its initial filing for its hospital efficiency program, there were just 75, according to Elaine Bryant, PSE&G’s manager of market planning strategy for its renewable energy and energy solutions for the utility.

“They are ripe for energy efficiency improvements, plus not in a sector with strong cash flow facilities with an ability to finance these improvements themselves,’’ Bryant said. “It’s a sector with critical cash problems.’’

With the state aspiring to significantly cut its energy consumption, many say the state’s utilities have to step up to help achieve the goal if it is going to be successful.