How to Transform Moscow Into a Just City – Next City

How to Transform Moscow Into a Just City 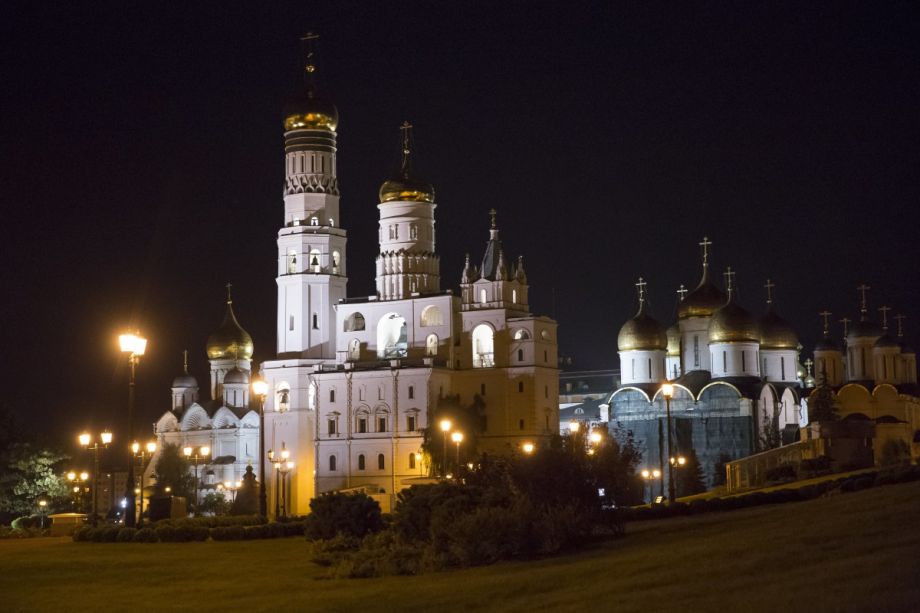 Moscow’s planners and urban activists are currently embroiled in a debate over the city’s transformation. Some see the upgrading of public spaces, the extension of pedestrian zones and cycling lanes that Moscow’s Mayor Sergey Sobyanin promotes under the agenda “Moscow, a city comfortable for life,” as necessary steps for a sustainable future. Others, most notably those who oppose that agenda, lament that these changes represent nothing but new avenues for corruption. Still others argue that the attempt to transform Moscow into a modern European city represents a strategy of authoritarian modernization, aimed at strengthening the power of the mayor.

Missing from all that back-and-forth: the socioeconomic effects of the changes in Moscow and the tackling of equitable urban development issues.

Two characteristics of Moscow’s new urbanism prevent progressive urban change: first, the top-down, often violent nature of interventions; second, the creation of communities that further social exclusion and fragmentation of the urban fabric. The “night of the long shovel” is just one example of the former. On Feb. 10 and Aug. 31 this year, many Muscovites woke up to find stores where they did their daily shopping gone. Without warning or public debate, city bulldozers had on both occasions, razed buildings overnight that the city said were “unsightly” and lacked official planning permission. Meanwhile, the city center is seeing investment in line with a design aesthetic of the Western-oriented upper middle class, rather than the taste of Moscow’s wider population.

To overcome these issues and enable progressive and equitable change, urban planning in Moscow needs to be rebalanced. Several practical steps can be taken to achieve more democratic development. Policies and agendas such as Sobyanin’s “Moscow, a city comfortable for life,” should be subject to public scrutiny. Pointed questions, such as “comfortable for whom?” and “at whose cost?” must be asked and answered. There we could find a starting point to work toward alternative visions for a future Moscow.

Research, education and journalism are crucial outlets for such debate. Strelka, a Moscow-based postgraduate research school of architecture, design and media, could play an active, and most importantly, critical role in this process. When Strelka was founded in 2009 it was the first educational platform in Russia exploring questions of urban development and design. Yet, in our opinion, in recent years ties between the city and Strelka have grown too close; the school has a contract worth 13 million Euros to develop a guideline for Moscow’s beautification.

The same holds true for planning journal Project Russia, which was founded in the 1990s to spur international exchange of ideas and practices. The journal has become increasingly commercialized, relying on political backing in the determination of its focus, thus losing the potential to bring up other agendas or inspire alternative discourses. To ensure that they can provide an outlet for critical and innovative debates — a necessary condition for progressive urbanism — platforms like Strelka and Project Russia must regain their independence from official politics and commercial interests.

Online tools can also be crucial in the democratization of urban processes. Existing social media campaigns like “Ya ♥ Moskvu” (“I love Moscow”) or “Aktivny Grazhdanin” (or Active Citizen, a city-run website where residents can post complaints and participate in civic-minded polls), allow Muscovites to comment on and criticize everyday issues they face. Unfortunately, these platforms are either censored or targeted at young, hip urbanites. To extend discussions to other groups, such as lower-income Muscovites who live in peripheral housing estates, online tools should be complemented with local workshops, roundtables and community-building programs.

These measures could reactivate and cultivate the deeply rooted Russian tradition of “delai sam” (do it yourself), and inspire participatory, self-made urbanism. This should not, of course, offer another excuse for government to shift basic responsibilities to the individual. Instead, “delai sam” could complement a functioning public system as a source of locally based know-how and innovation.

Rebalancing Moscow’s focus of urban development can also make it a much more socially just city. This requires, first of all, a profound shift from favoring certain segments of the population (middle and upper classes) toward providing equal conditions for all people. This involves cutting back spending on the beautification and aesthetization of central Moscow. Instead the city should invest in less sexy but important services such as public healthcare, education, rental housing and job creation, primarily in Moscow’s outlying neighborhoods.

It is not enough to tackle the issue by relying on an arbitrarily selected patchwork of international best practices, as is currently done. Instead, policymakers and planners should focus on local assets and re-evaluate existing endogenous potential. Soviet Moscow could, for example, serve as reference point with regard to strategies that further social equality and avoid economic segregation. This would require putting an end to deregulation and laissez-faire urbanism, a key characteristic of post-socialist cities. The city should not sell off its land — public landownership is a Soviet legacy — and instead develop a long-term strategic land reserve policy. Cities like Vienna show that ideals like solidarity and equality do not have to be thrown overboard in a global world, controlled by financial markets and ad hoc funding. Instead, these aims can still serve today as fundamental backbones of urban development. Moscow has all the assets needed to take this path.

Mirjam Büdenbender is a doctoral candidate at KU Leuven. As part of the ERC-funded project on the real estate/financial complex, she investigates the linkages between real estate markets and financial practices in Russia and Poland. Her work has been published in New Political Economy, Antipode and International Journal of Housing Policy. Daniela Zupan is a researcher with a special interest in critical urbanism, urban transformations in post-socialist cities and innovations in urban planning. Her work has been published in scientific journals Antipode, Europa Regional, Forum Stadt and others.