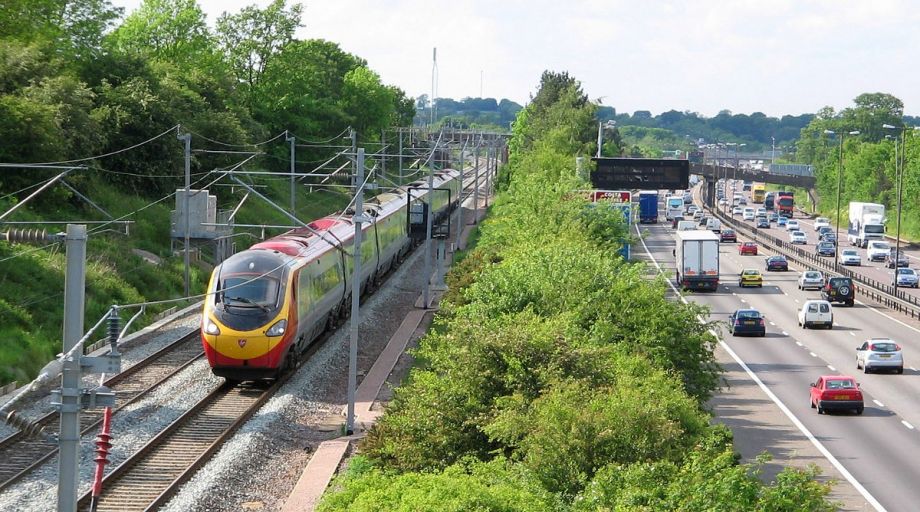 The privatization of British Rail, the most prominent and controversial of the free-market experiments begun during Margaret Thatcher’s 12 years as prime minister, has never been seen as an overwhelming success. The West Coast Main Line franchising fiasco of 2012 was a particular low point for the ailing system.

Unlike American and Japanese private railroad models — still practiced today by freights in the U.S. and passenger railways in Japan — the Brits chose a system that involved vertical separation, with different companies owning and maintaining the tracks and trains, and entirely separate companies actually running the service.

Thatcher was already out as leader of the Conservative Party by the early ’90s, when privatization got under way. While some wanted to maintain an integrated system with common ownership of track and trains (albeit under private ownership and divided into regional companies), the vertically separated system that persists today ultimately won out.

This system was the brainchild of Her Majesty’s Treasury, who pushed the model for its competitiveness. There would be no monopolistic control over tracks as in the U.S. and Japan, and after a certain number of years each “franchise” would be rebid, with government regulators choosing the provider who offered the most amount of money to run each line.

Not a decade after implementation, the model started running into trouble. After a prominent crash that killed four, Railtrack, a private infrastructure owner, went bankrupt. Eventually the government took over the flailing company and reorganized it into Network Rail, which currently owns Britain’s railway tracks.

Fast forward to today. Though passenger volumes have doubled since privatization, all is still not right. “Even its supporters have to concede, however,” writes Robert Jupe, of the Kent School of Business, in an introduction to a themed issue of the journal Public Money & Management, “that while privatization may be regarded as successful on the demand side, there have been major problems on the cost side. Far from falling in the long run as predicted, rail’s costs have more than doubled under private ownership.”

David Parker, a professor at the Cranfield School of Management, writes in the same issue:

.bq In 2006/07 the railways received taxpayer subsidies of more than £5 billion ($8 billion), or four time what [British Rail] received prior to privatization. Nor have customers benefited from lower fares. With the Treasury anxious to relieve the growing pressure on the public finances, over the past decade average rail fares have increased by more than the rate of inflation.

The West Coast franchise debacle has been the system’s latest slip-up. The U.K.’s most important intercity line, which connects London, Birmingham, Manchester, Liverpool, Glasgow and Edinburgh, was run by Richard Branson’s Virgin Rail until recently, when FirstGroup (owner of Greyhound and half of BoltBus) won the franchise by offering £5.5 billion out of a total forecast revenue of £20 billion.

Virgin quickly sued, and the government found errors in the procurement process. Some feared this would lead to a rehash of the East Coast Main Line disaster in 2009, when National Express Group essentially decided to default on its franchise for the route and left the government to run the trains.

The West Coast incident led to a series of recriminations at the U.K.’s Department for Transport, which manages the franchising process. Though some proposals on the table would shorten the length of franchises — a reversal of previous policy to make them longer — no fundamental changes to the model will likely happen anytime soon.

Some would argue that the whole model is flawed. On the left, Christian Wolmar, a rail historian and now a Labour Party candidate for London mayor, wants to see the system reintegrated under government control, essentially undoing privatization. On the right, there are those who say that privatization was a good idea, but fragmentation was not, and that railways should be sold off entirely rather than as limited-term franchises.

In his paper, Murray mentions two ways to reintegrate the railways under private ownership. “One,” he wrote, “is to return to the regional companies model originally considered for the privatized industry. This would, however, require something approaching renationalizing of the entire industry.”

Another suggestion comes from former Conservative Environment Secretary John Redwood. As Murray wrote: “Redwood suggests that the logical conclusion is to allow train operating companies to purchase Network Rail assets [the physical tracks], which he notes would reduce the inefficiencies caused by separation, would allow operations to drive investment and make the private sector more likely to fund more services.”

The U.S. dodged a vertical separation bullet years ago, when former Amtrak president David Gunn accused then-president George W. Bush of trying to break up the railroad in preparation for U.K.-style privatization. Other countries were not so lucky.

For two decades, South Korea has been toying with allowing private operators to bid for high-speed rail franchises. “In 2012,” wrote Russell Pittman and Sunghee Choi, at the U.S. Department of Justice Antitrust Division, in a paper on rail restructuring in South Korea, “the Ministry of Land, Transport and Maritime Affairs announced its intention to solicit bids for a fifteen-year concession to operate independent high-speed trains, competing with the KTX trains” — that is, the national operator’s — “over the Seoul-Busan and Seoul-Mokpo routes.”

The failures of Britain’s vertically separated railways, it turns out, have not stopped others from trying.