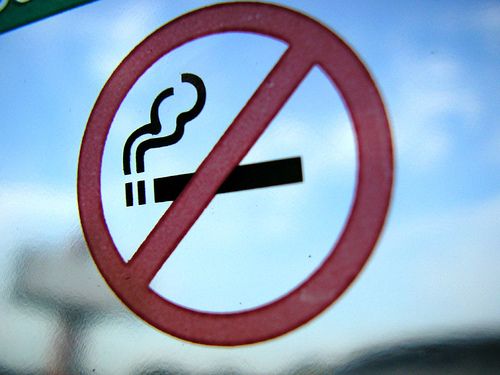 According to the American Nonsmokers’ Rights Foundation (ANRF), Indianapolis is one of the nineteen most populated cities in the United States that has not enacted a smoking ban that covers all restaurants and bars. This fact may change as the City-County Council of Indiana is currently debating whether to extend the smoking ban, first enacted in 2005, to “bars, bowling alleys, and private clubs.” The Council plans to vote on the ban on November 30. This will be the third time that a stricter smoking ban will be on the City-County agenda.

Smoking is currently on the minds of many city and state officials. More than 65 percent of St. Louis County voters approved a smoking ban for most public spaces last week. This ban, along with a St. Louis City ban, will take effect in January 2011. Some have criticized the St. Louis County smoking ban because it does not cover smaller bars and casinos. Other cities have gone even further and are looking to extend smoking bans to other interior spaces. Anchorage tops the ANRF list of “Municipalities with Local 100% Smokefree Laws,” and has smokefree workplaces in addition to smokefree restaurants and freestanding bars. Beginning next year, smoking will be banned in Georgia prisons and mental hospitals. Government officials in Georgia are hoping to create healthier environments for inmates, patients, doctors, and visitors and help save taxpayer money spent on smoking related health care costs.

Does banning smoking really affect business revenues? I am not sure and neither are the experts I do know however, that I enjoy being able to walk down a street or into a building without having to breathe in second-hand smoke. According to Tim Zagat of Zagat Survey, a 2006 survey found that 89 percent of all Americans surveyed thought that “smoking should be totally banned in restaurants.” A survey done in Philadelphia in 2006 found that “72 percent said they would dine out the same amount if restaurants were smoke-free, while 25 percent would dine out more. Only 3 percent said they would dine out less.