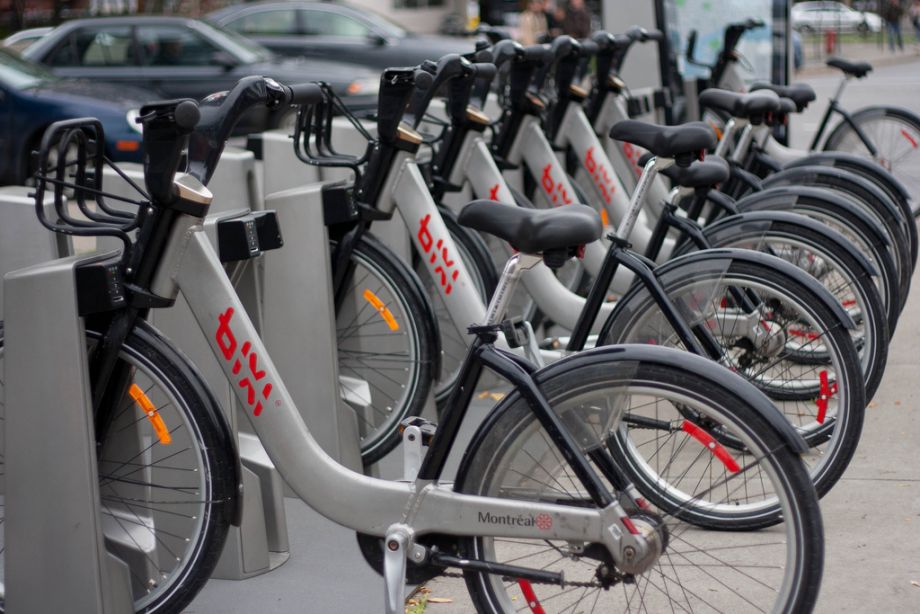 Bixi Bikes, in Montreal, is one of 110 bike-sharing programs worldwide now integrated into the Moovit app. (Photo by Danielle Griscti via Flickr)

Just landed in a new city and want to explore by bicycle? A new app upgrade announced this week allows users to search for bike-share availability in over 110 cities.

Much like other travel planning apps, Moovit already streamlines multiple modes of public transportation into a single route, combining buses, trains, trolleys and subways to help users reach their destination. The technology’s latest version (the app was developed in Israel) will appeal to those punching an international bike-share passport.

According to the company’s website, users can now find information about the nearest bike-share hubs in cities worldwide, from New York and San Francisco to Brisbane, London and Tel Aviv. The app displays the number of bikes available to borrow, and the number of empty slots available to return a bike.

That data comes from both bike-share management companies and local transit agencies, of course, so the app can only be as accurate as the data provided.

Moovit’s Vice President of Product Yovav Meydad told Geektime that sharing this information with developers is in cities’ best interest, as it has the potential to increase ridership and make bike-share programs a truly integrated part of public transit systems.

“More and more cities are understanding the benefits of giving developers access to data about public transit, as well as bikes. This way developers can create unique and useful apps to help people navigate. The city benefits as well, making it greener and less congested,” said Meydad.

Bike-share programs, of course, typically have their own apps for riders. Some, like New York’s CitiBike app, can even plan routes between bike stations and search the map for locations, including restaurants, coffee shops and other go-to destinations. But that app doesn’t allow users to seamlessly plan a trip that includes both bike-share and public transit, and Google Maps and Apple Maps don’t yet offer that option.

Meydad told Geektime he expects that more cities with bike-share will sign on to be included in the Moovit app.