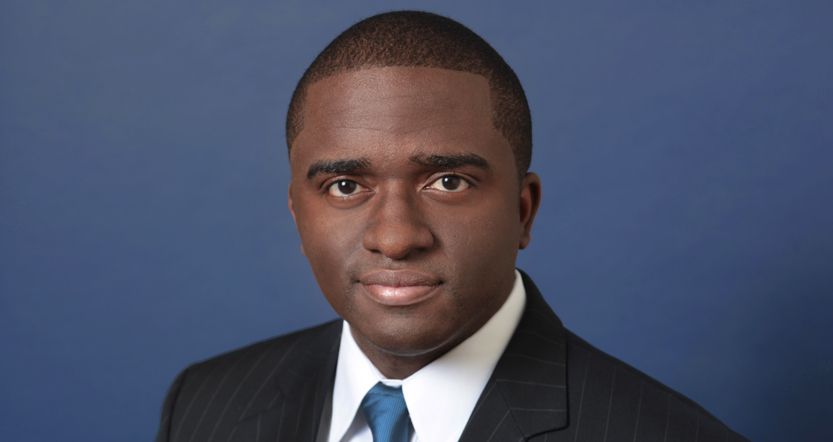 Next City isn’t just a news website, we are a nonprofit organization with a mission to inspire social, economic and environmental change in cities. Part of how we do that is by connecting our readers to urban changemakers and holding an annual Vanguard conference bringing together 40 top young urban leaders. Monty Cooper is a member of the 2014 Vanguard class.

I get to work by: car and subway

The area I grew up in is: rural

Did you always want to be a lawyer/public policy professional? Yes. I’ve always wanted to be a lawyer, especially as I began to understand what lawyers often do: solve interesting and complex issues for people and entities. But I’ve always wanted to be a good citizen as well — someone engaged in public policy and active in the community. I’m fortunate to be able to do both as chairman of the RDA.

What do you like most about your current job? As a lawyer, I like working with people to solve problems. As chairman of the RDA, I enjoy helping to lead an agency that provides affordable housing options to residents.

What is the coolest project you worked on? The coolest project that I’ve worked on as chairman is the redevelopment of the Glenarden Apartments in Maryland. As once noted in the Washington Post, over the years, the apartments had become a haven for crime and drug activity. Today, we are working to replace those units with a new mixed-income community (approximately 350 homes) with more than half the units being slated for affordable housing. It will include housing for seniors, along with market-rate townhomes, retail, and commercial space (approximately 25,000 square feet), with plenty of open space to encourage walking and biking. I’m also hoping to work with the county’s chamber of commerce to inform its members of business opportunities associated with the development. I’m excited about the project, as it has the potential to be a catalyst for change in the area.

What makes a successful leader? Successful leaders are smart, hardworking, and consistent, individuals who listen well, have good temperament, and great judgment, and people who are direct, honest, and unafraid.

What’s your BHAG (Big Hairy Audacious Goal)? Since I became chairperson of the RDA in mid-2012, our agency has selected six development partners for infill-development projects (most of which are mixed-use and mixed-income) with a total development cost of over $185 million. Before I finish as chairman in the next two years, I’d like to see us begin or substantially complete most of these projects — especially the completion of the first net-zero-energy home in Prince George’s County (in Mount Rainier, Maryland).

What’s the best professional advice you have received? Get the best education you can before you settle down, get married and have kids. Seek mentors and sponsors as early in your career as possible, as they’ll help push you to the next level. Think of “networking” more as relationship building. And be as cordial to everyone as much as possible as you progress through your career — you never know who you’ll run into (or need) in the future.

Who do you most admire? I admire a lot of people in history: Abraham Lincoln, Charles Hamilton Houston, Martin Luther King Jr., and Fannie Lou Hamer, to name a few. I admire my parents, Harmon Cooper Jr. and Jannie Cooper, a great deal. They’ve been outstanding role models for me, both as professionals and individuals committed to community and family. I also think highly of Prince George’s County Executive Rushern L. Baker III. He’s done an outstanding job of attracting quality investment and development into Prince George’s County, which is important given the county’s significance as a majority-minority jurisdiction. He has also been committed to expanding affordable housing options for residents. And he has done all of this while remaining devoted to his family and responsibilities related to them; he’s a good man and great public servant.