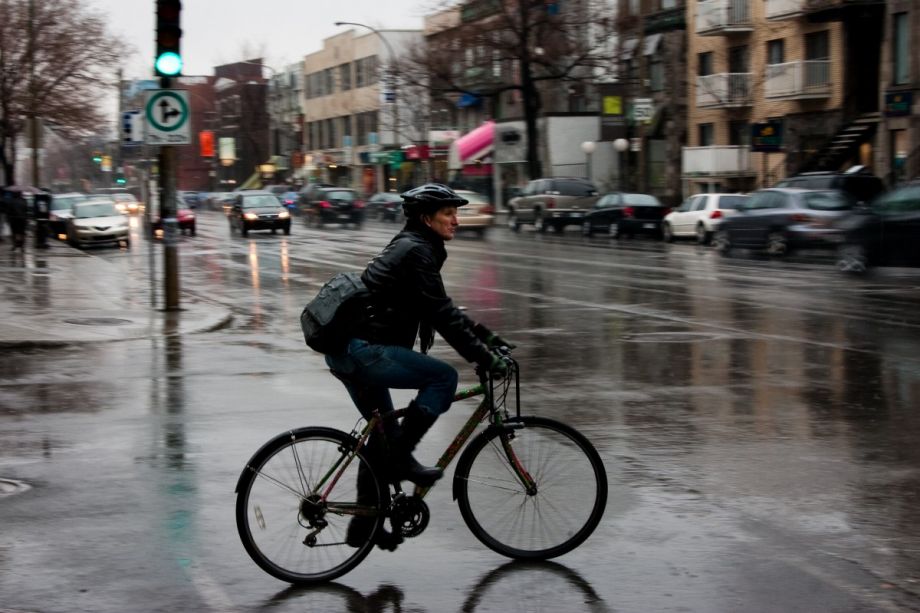 Even on cold days, cyclists reported a better commute in a recent study at McGill University. (Photo by Francis Bourgouin via Flickr)

Add this to the list of reasons cities might consider designing for and promoting bicycle commuting: Compared to other travel modes, cyclists have the greatest odds of showing up to work or school energized and punctual. That’s according to data from a 2013 survey at McGill University, which researchers used to compare the punctuality and energy level at work of students, staff and faculty who commute by bus, car or bike.

They also found that drivers self-report feeling the least energized when arriving at the Montreal, Canada, university and are most likely to say their commute negatively impacts their punctuality and attendance. Transit riders are next most likely to feel drained and delayed by their commute, with walkers falling between cyclists and transit riders.

All commuters report that the weather conditions affect their commutes too, with a cold snowy day negatively impacting both energy levels and punctuality for all modes. Dissatisfaction with commute time and traffic conditions was also associated with drivers being late and arriving with low energy. Transit users’ number of transfers and satisfaction with wait time at transit stops also correlated with their odds of being on time and energized.

The researchers reference other recent studies that found driving to be the most stressful transportation mode, and identified correlations between mode-specific commuting stress and exhaustion. Transit riders’ anxiety is stoked by long wait times, while pedestrians are affected by their sense of comfort and safety from traffic.

Employers considering how to capitalize on these findings can look to the University of Pennsylvania in Philadelphia. One of the city’s biggest employers, the institution will add a bicycle commuting reimbursement to its employee benefits package in January.